Spector: The Device that Lets You Precisely Identify Colors and Fonts 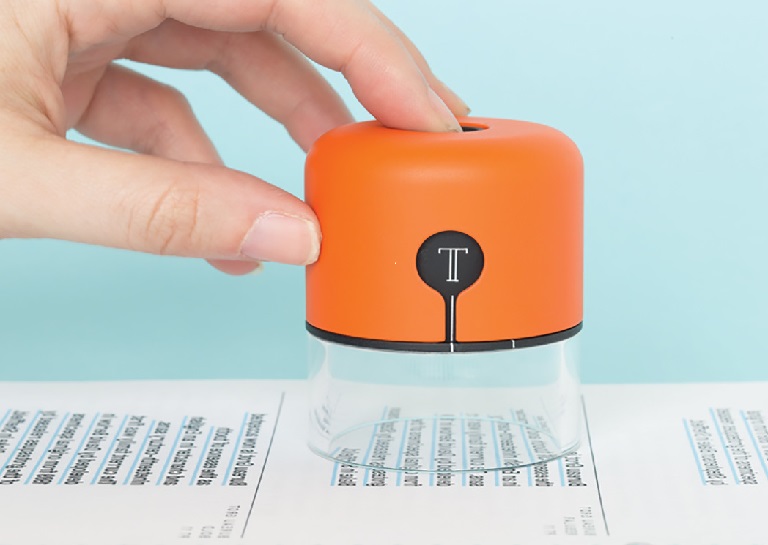 Spector is a device that makes finding fonts easier than ever by analyzing and determining exactly what font and color was used.

Writing comes naturally to many people. It is a conveyance of a message that is demonstrated through some medium, many times being visual. However, writing is only half the tale. In order to make a document gleam and stand out, it needs to look professional. Choosing the write font to convey a message can be insanely difficult as you scroll through the endless feeds of fonts, looking for that one you saw that one time- and it looked fantastic.

Fortunately, Spector sets to assist writers and designers with a new device that precisely identifies colors and fonts. The device uses a camera and specialized algorithm that analyzes and then precisely determines exactly what font was used and the colors it contains. The device is currently under development by UK designer Fiona O'Leary who wants to take the guesswork out of design.

Spector was created out of frustration as O’leary’s strained over what font to use, and making it look right.

"It never looks like it does on screen as it does in the finalized print,"

she told to The Creators Project, an online magazine. She continues,

"You have no idea of scale of the page or typography and colors often visualize differently too. I came up with the idea if you are going to design for print on screen, why not start with print material? And why not make it interactive?"

The device uses a system derived from the machine learning software developed by google called the Deepdream algorithm. However, Spector analyzes fonts instead of recognizing shapes of images of animals. The device can recognize even minute details including color, size, kerning and leading- as well as a unique feature that can let you know where to buy it.

Unfortunately, Spector is still in the early stages of development. The product currently must be used with a strict set of rules such as the font must be 48pt font size or less and captured right-side-up. Also, it can currently only recognize a select few fonts. However, over the next two years, O’leary hopes to finalize the project and bring Spector to Kickstarter. She hopes the device will cost no more than US $80. Hopefully, Spector will enable writers and designers alike to create a piece with a font that looks the same on a computer as it does on paper, saving time, money, and frustrations.