Although it is difficult to tell exactly when they were originated, it is believed that stairs first appeared, at least, during the Neolithic period. As their structures and designs changed over time, stairs have always played a major role in the history of architecture. From acquiring strategic positions for survival to overcoming the difficulties of terrain, stairways have solved significant problems in daily life for over thousands of years.

The findings show that one of the very first staircases were built in China. The granite structure leading to the sacred mountain in Tai Shan indicates that the aspirations of the staircase was religious. The structure called "The South Gate to Heaven" is believed to portray the path to reach the divine and the connection between earth and sky, metaphorically.

Similar to The South Gate to Heaven, most of the ancient staircases such as the Tower of Babel, Egyptian and Mayan pyramids, Chand Baori in India, Ziggurats of ancient Mesopotamia and the western Iranian plateau, were built to symbolize the rise of the light and the path towards the gods, as well as having astrological significance. 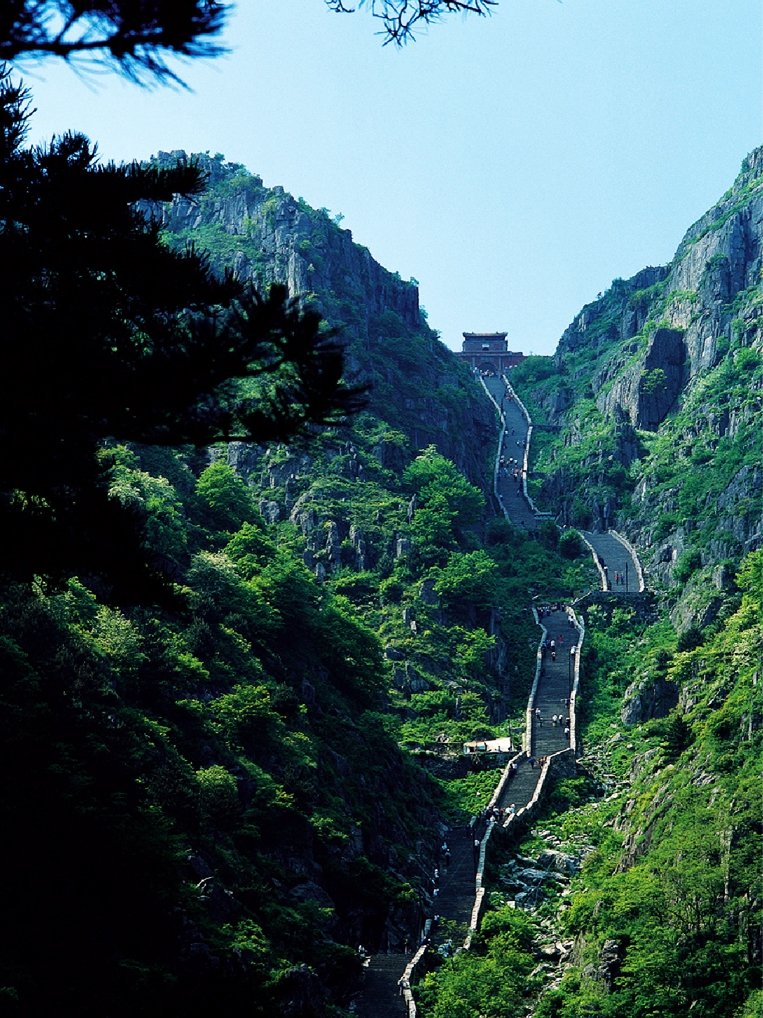 Later, the Roman architecture introduced barrel-vaulted stairs surrounded by walls in amphitheaters and spiral stairways built in the thickness of the walls.

Enclosed stairs were revived in early Renaissance. However, according to historians, they didn't find an open interior staircase on an ambitious spatial scale until the staircase at the Laurentian Library, Florence, originally designed by Michelangelo in 1524, and built in 1571.

Dramatic staircases later became one of the major features of Baroque architecture, as exemplified in the Royal Palace of Caserta, Naples, by Luigi Vanvitelli and the Augustusburg Castle in Brühl, Cologne, designed by Balthasar Neumann. 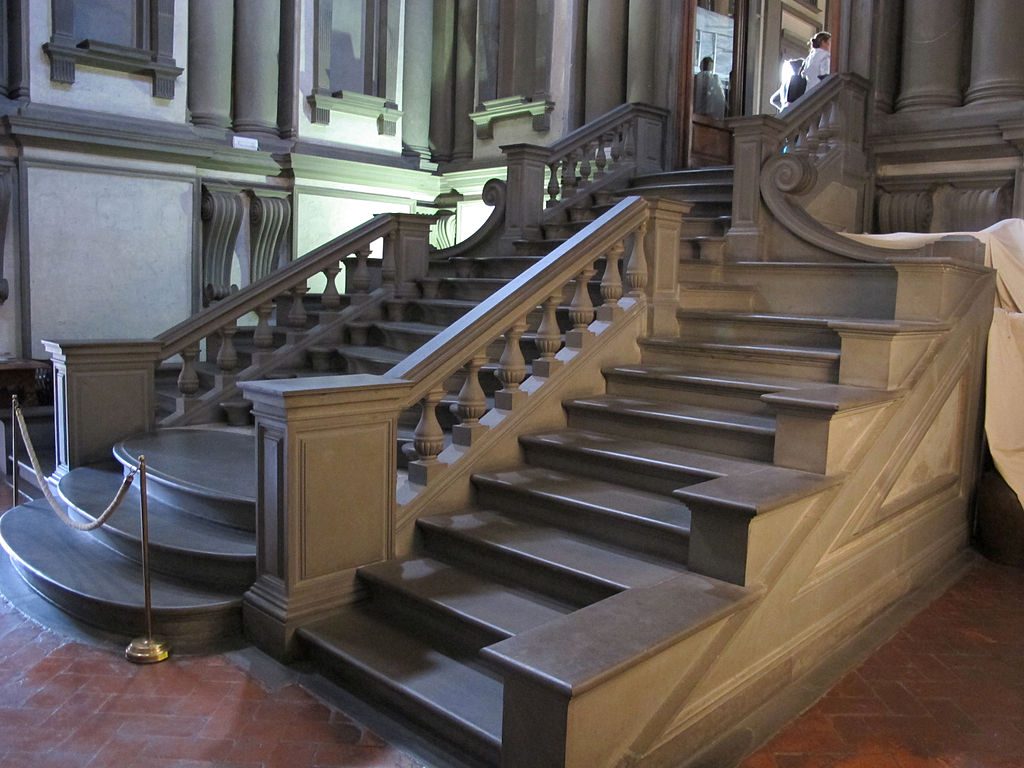 At the end of 19th century, Scottish architect, mathematician and engineer Peter Nicholson developed a mathematical system for building stairs and railings, for wood and metal workers. His system advanced the art and started a golden era for the construction of stairs. Many artists, architects, and designers was intrigued by the idea of using stairs in their works. 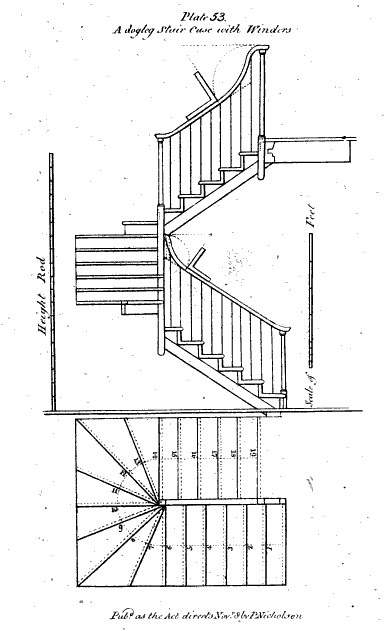 Although today most of the stairs are designed to be made of various materials such as titanium, stainless steel, or glass; staircases were traditionally built with stone, wood, marble, iron or steel.

The use of reinforced concrete and steel made it possible to dare to design fantastic sweeps and curves. According to Andy Engel, the author of the Building Stairs, published by The Taunton Press;

"Moving out of the basement and into the foyer, stairs and their railings, or balustrades, can assume an almost sculptural quality as the dominant element of a home's entry. Formal stairs are as much like furniture as anything a carpenter does. But furniture makers ply their craft on a bench in a shop where perfection is possible. The stair builder's work must seamlessly fit inside the usually imperfect world of homebuilding."

Based on the rules of engineering, mathematics, and architecture, stairs are classified in three main groups: composite, helical and straight.

The Vessel: A monumental staircase

The Vessel, a monumental design by Heatherwick Studio is planned to be built in the Hudson Yards of Manhattan, in Autumn 2018. What is so special about the landmark is every centimeter of the building is designed to be climbed and explored through staircases. The Vessel is already commissioned as the largest development in New York City since the Rockefeller Centre.

The Vessel is designed in the shape of a honeycomb that contains 159 interconnecting flights of stairs, 80 landings, and 2,400 steps creating miles worth of ascending pathways. Once completed, the building will measure 150 feet tall, with a diameter of 50 feet at its base and widening to 150 feet at its top.