Sports or events are best experienced in the stadiums. Whether it’s a football game or a musical event, the audience prefers to watch it live over other media, to get first-hand viewer experience.

Our list of top 10 largest stadiums based on the seating capacity will surely surprise everyone. The comprehensive list takes into account all stadiums spread across the world. The majority of the stadiums are used for playing football, which is the most popular sport in the world.

The United States is popular for games and events and is also home to many great stadiums in the world. Surprisingly, the largest stadium is outside the US, in North Korea. The Rungando 1st of May Stadium has the largest capacity, followed by 7 American stadiums and 1 stadium each in India and Mexico. 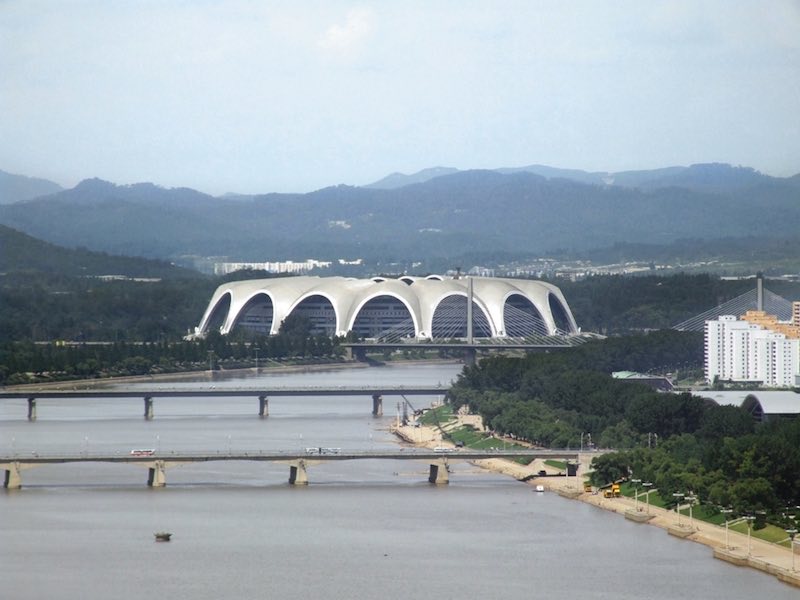 Built in 1989, the stadium of North Korea houses more than 150,000 people on any single day. The oval stadium enthralls its spectators with comfortable seating for watching the events. The most common events are soccer, wrestling, gymnastics and artistic performances. For a two day event on the eve of Championship Wrestling and New Japan Pro Wrestling, the stadium made a record attendance of 150,000 and 190,000 respectively. According to Business Insider, the stadium is also used for execution of Military Generals, who are plotting to assassinate their leaders.

This stadium was originally built in 1984 and renovated recently in 2011. The seating capacity is enhanced to accommodate 120,000 spectators. It is the second largest football stadium in the world and the biggest in India. In 1997, over 137,000 spectators have watched the Federation Cup Semifinal football game between Mohun Bagan and East Bengal teams. Since inception, the stadium became popular for hosting several football leagues, national and international matches, including the FIFA World Cup in 1986. Apart from football games, the stadium is also used as a stage for music & cultural events.

The famous stadium in the US, Michigan Stadium was built in 1927 at a cost of $1.4 million and has a seating capacity of more than 113,000, reports The Daily Telegraph. Nicknamed as ‘The Big House’, the stadium is home to the Michigan football team, the Wolverines. The stadium has a unique record of possessing the highest seat occupancy of over 100,000 spectators for all home football matches since 1975. More than 200 home football matches were played so far. The stadium also pulled record crowds for the NHL Winter Classic in 2014 and also hosts Michigan’s Graduation day ceremonies. 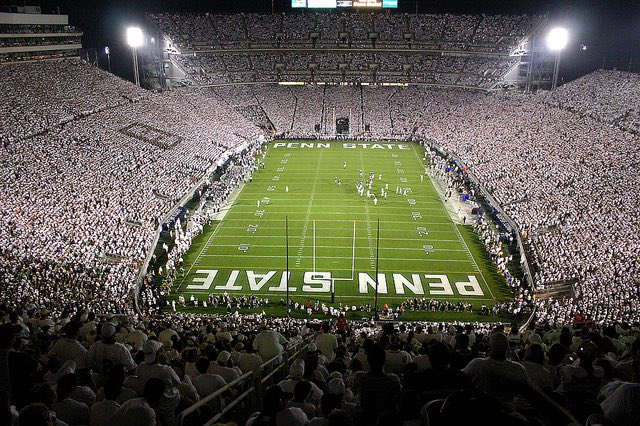 Situated in Pennsylvania, Beaver Stadium is one of the oldest stadiums in the US. The stadium is the second largest in the US and fourth largest in the world. Named after the Pennsylvania Governor, owned by Penn State University, the stadium was originally built in 1909 and later expanded to host bigger shows. Nittany Lions, Penn State College football team is a champion on its home turf. The football match between home team and Nebraska has drawn the maximum spectators of 110,753. The stadium is ranked as Number 1 by the USA today in 2016, scoring 41% votes in its favor. 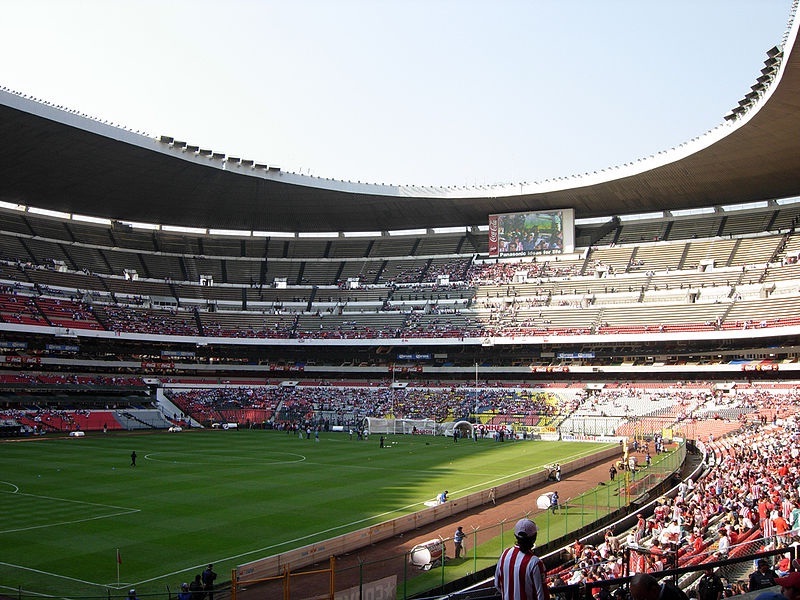 One of the famous and iconic football stadiums in the world is situated in a suburban area in Mexico city. Originally built in 1996 with a capacity of 80000 and renovated to house more than 105,000 spectators. The stadium is used for football matches by Club America, the national football team of Mexico. The stadium hosted 2 FIFA World Cup final matches in 1970 & 1986. The stadium is lucky to have witnessed the ‘Goal of Century’ delivered by Maradona in the 1986 quarterfinal match between Argentina and England. 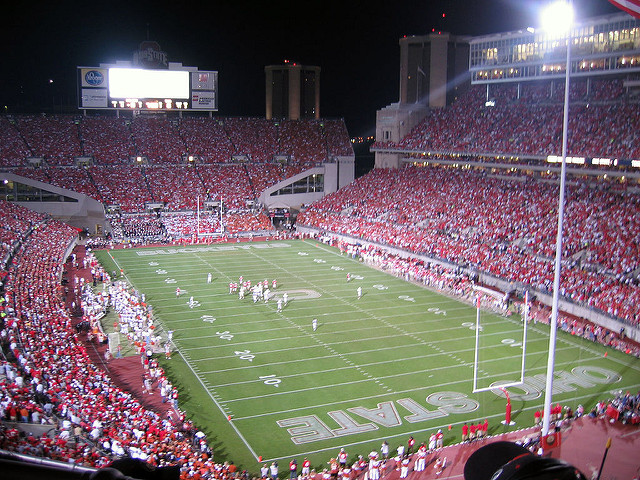 Home to Ohio University's Buckeyes Football team, the Ohio Stadium has a capacity of 104,000 spectators. Also known as ‘Horse Shoe’ or just ‘Shoe’, the stadium witnessed national football league matches since 1922. For the last two decades, it also staged several music concerts starting from Pink Floyd, Elton John, U2, Rolling Stones and etc. In 2014, permanent night lights were installed inside the football stadium for playing night matches. It is a wonderful spectacle to watch those matches played in the night. 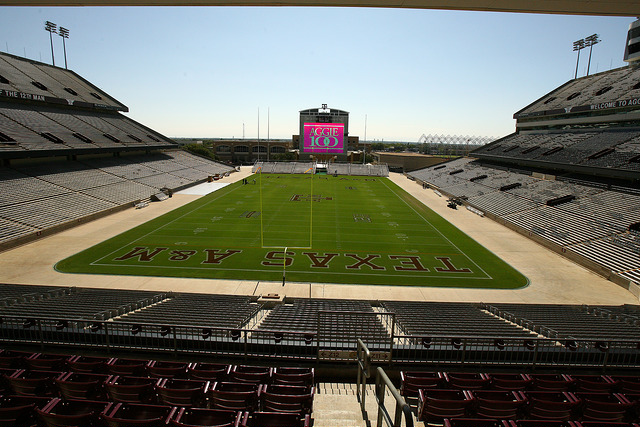 This football stadium is built in 1927, in Texas A&M Univesity campus, Texas. It is home to the Aggie Football team of Texas A&M and has a seating capacity of 102,500 people. The football stadium was named after the founder, E.K. Kyle, a Texas A&M graduate, who wanted to have an athletic field to promote sports in the university. 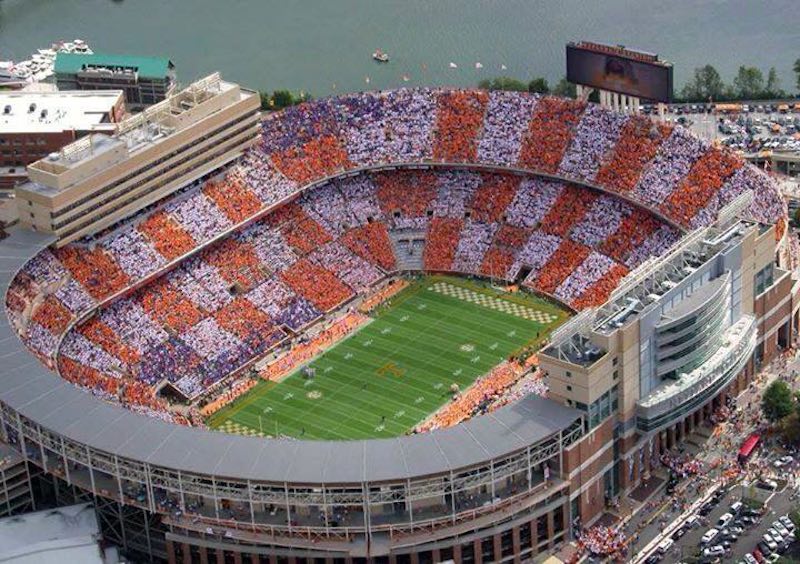 Named after Robert Neyland, the Tennessee College football coach, the stadium has a capacity for 102,000 spectators. The stadium also hosts national conventions and it is home to the National Football League. Originally built in 1921, the stadium was rated as number 1 by The Sporting News in 2001. It is also tipped to host either 2018 or 2022 FIFA World Cup. 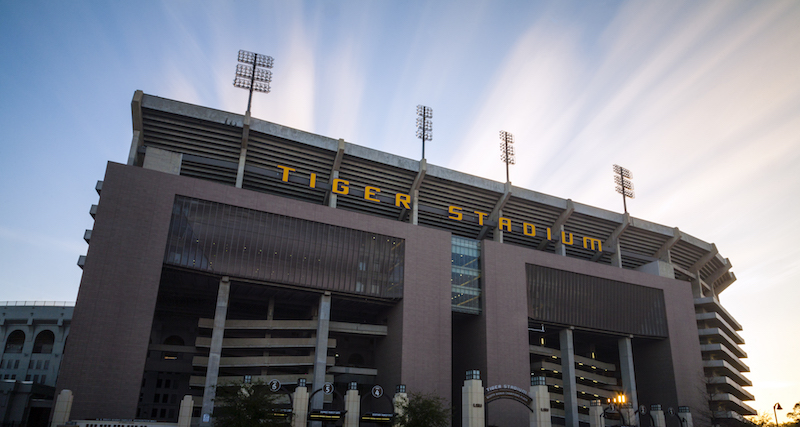 Tiger Stadium built in 1924 with a small capacity of 12000 in Louisiana, USA. However, after renovations, the capacity was increased to accommodate nearly 101,000 audiences. Home to LSU football Team and located in the Louisiana State University, the stadium is referred to as ‘Death Valley’ by opponents as it is difficult to beat the home team. Night lights in the stadium encourage football matches during nights. 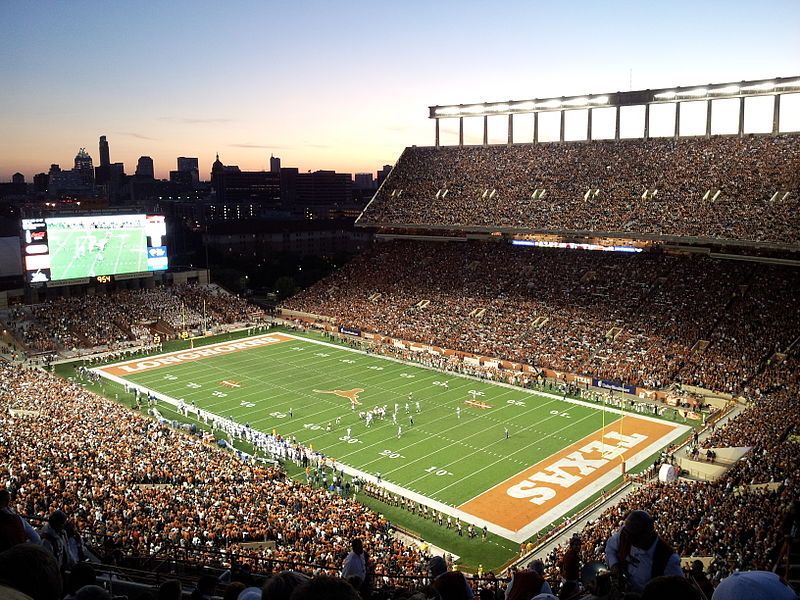 Built in 1924, the stadium was originally a War Memorial and hence the name. After undergoing several renovations and up gradations, the stadium can now accommodate more than 100,000 spectators. Part of the University of Texas, Austin, and home to Austin Longhorn Football Team. It is the eighth largest stadium in the United States. In 1996, the stadium officially named after Darell K Royal of the US Corps, who made Texas Football Team won several matches in the capacity as a coach.