UPDATE: The launch is happening today after being postponed due to unsuitable weather conditions.

Get yourself a bucket of chicken and strap yourself in. KFC is about to launch a zinger burger into Space! That’s right! KFC have teamed up with private spaceflight company World View to send a spicy sandwich skywards. The burger will be integrated into a high altitude balloon that is headed for the stratosphere. The launch will happen today sometime after 8 a.m. EST (1200 GMT) today (June 29). You can watch all the action of the launch via a live webcast that is scheduled to begin sometime at 8:00 a.m. ET. The webcast can be accessed from here, as well as from the company's Facebook and Twitter pages.

Ok, Let's try this again –– Tomorrow we’re launching the Zinger into space! Watch LIVE on Facebook or Twitter at 8:00 AM EST. #Zinger1 pic.twitter.com/2jLjgMhmXP

Burger to head out on a 4-day adventure

The spicy burger will aboard a balloon system designed by World View Enterprises. Liftoff today signifies the first true, multi-day test of World View's Stratollite space system. The balloon will be en-route for four days and will reach altitudes of up to 50,000 to 80,000 feet (18,300 to 22,900 meters). The burger will take the flight inside a container shaped like one of KFC's chicken buckets, topped with a clear dome for the Burger to get a good view of Earth. KFC have a serious advertising campaign based around the flight with a bunch of events planned such a coupon drop. The balloon will drop coupons for free and discounted KFC products. There is a lot of hype around the event on Social Media, the burger is also expected to take a ‘selfie’ mid-flight.

One small step for Zinger Burger, one giant leap for World View

While the launch is a lot of fun, for World View it marks a significant step forward in their goal for to fly ticketed space tourists up to the stratosphere in its Voyager capsule. These flights would bring people to the edge of space suspended under a giant balloon. These flights would reach heights to 100,000 feet (30,480 km) above Earth's surface. 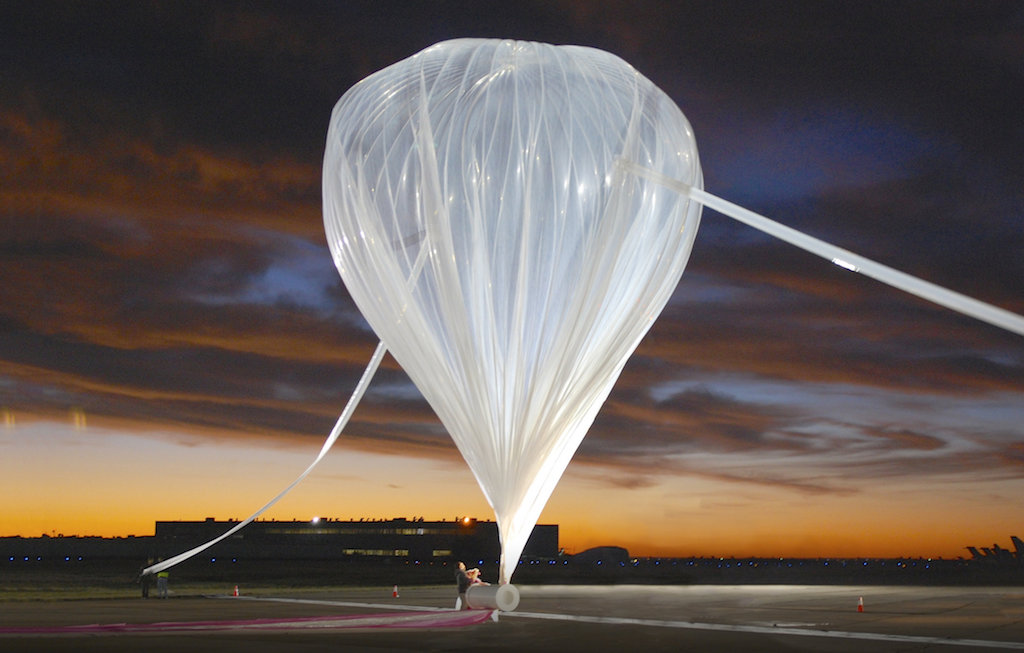 Until now the stratolite system hasn’t made a flight longer than 12 hours so this four day flight will provide the company with huge amounts of data going forward. If successful it will be the "longest controlled stratospheric balloon flight with a commercial payload in history”. World View has plans to build balloons that can be used for weather monitoring, Earth observation, and various scientific endeavors, these balloons would be able to stay in flight for months at a time. 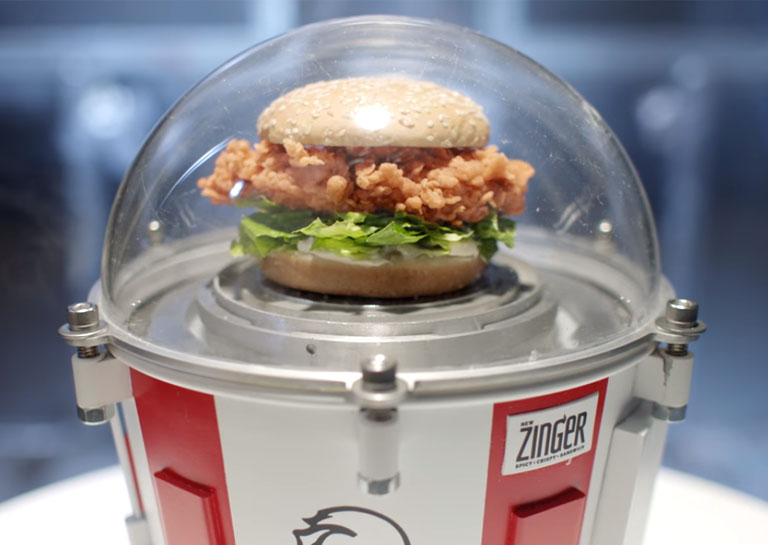 The extraordinary flight today also coincides with the launch of the Zinger Burger into the U.S market. The Zinger burger is described on the KFC website as  "100% breast fillet chicken coated in Zinger flavouring combined with lettuce and mayo for those seeking a full on hot and spicy flavour hit.”

SEE ALSO: KFC Is Launching a Chicken Sandwich to the Edge of Space