Ever since we first looked up at the stars, we’ve been trying to find ways to get there. We managed to make it to the moon in the 1960s and have an established presence in orbit for the better part of the last 30 years. We’ve watched the technologies change and advance and followed along every step of the way. Now, as we get closer to our goal of reaching the Red Planet, current trends in technology and engineering are transforming our old ideas about space exploration. 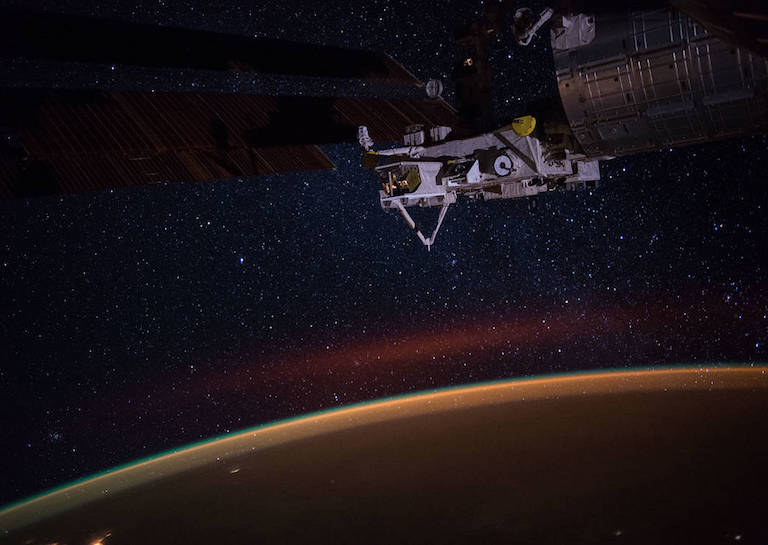 How is space exploration changing and how could it impact our first steps into the universe? Let's have a look.

Anyone can take a telescope and point it at the sky, but it takes a skilled hand and a sharp mind to find something in all that black. Traditionally, telescopes relied on mirrors and the principles of light refraction. New technologies, however, are shaking that up, enabling astronomers to see further and more clearly than ever before.

Modern telescopes rely on spectrography, enabling bundles of ‘squeezed light’ to be transmitted to the computers and analyzed.

These new advanced technologies have enabled us to make some of the most amazing discoveries of our time, like the Trappist 1 system — a seven-planet system that is potentially habitable just 39 light years away from our own little blue dot. There’s no way we’d have been able to see that amazing new system relying on the just light we could capture with our simple telescopes.

3D printing isn’t just for toys and trinkets anymore. Here on earth, it’s been used for everything from creating custom replacement parts to building prosthetic limbs for amputees. It could change the way new tools and replacement parts for satellites are created. It may even have implications for the International Space Station.

In 2014, the ISS used a 3D printer to build a ratcheting wrench. According to NASA, it took less than a week to design the ratchet, have the design approved by the engineers and build the ratchet itself — the last part took only four hours.

This technology could potentially change the way rockets and supply runs like SpaceX’s Dragon shuttle are packed. Instead of sending up bulky replacement parts that take up space, may or may not be needed and add additional weight to the rocket, NASA or SpaceX can send up the components needed for a 3D printer.

Any tools or replacement parts that are needed, even if it’s something that breaks unexpectedly, can be designed and printed in a matter of hours.

Since the cost of launching these rockets is directly tied to the weight of the cargo, finding ways to reduce that weight makes it easier to reduce costs and keep the rockets flying.

Big Data Is a Big Tool

Big data is a buzzword in nearly every industry, and space exploration is no exception. There is so much data coming in from multiple sources every single day that it would take a human being lifetimes to process all of it. That’s where computer processing and analysis comes in.

Computers can sort through the data in a fraction of the time that it would take a human being, finding patterns and important data points we’d likely miss. Astronomers are still trying to process data that reaches as far back as the Big Bang, the beginning of the universe, and computers are the only way to do that.

NASA is already using big data to sort through the information that it’s been gathering from the Curiosity rover currently stationed on Mars. In the not too distant future, one of the space agency’s radio telescopes is expected to bring in more than 700 terabytes of data every single second that it’s online. By comparison, one terabyte will hold 20 Blu-ray quality movies or 250,000 high-resolution pictures.

While we don’t have enough data to start making any sort of predictions, in time, the use of big data, when paired with predictive algorithms, could allow us to make predictions about celestial events.

Technology has always shaped the world we live in. From the invention of the wheel to the fabrication of the first internal combustion engine, we’ve always strived to make the world adapt to us and reach beyond our world.

The advances we’ve made in the 50 years since we first walked on the moon might seem small — we’re still using rockets to get us off the planet, after all — but every step we’ve taken for space exploration will make it easier once we start leaving our planet behind and heading out into the universe.

Whenever we feel alone, we look up and out into the universe and wonder if we’re the only one’s out there. It won’t be long before we can walk there ourselves and become the space-faring species that we’ve dreamed of for so long.

SEE ALSO: Elon Musk Publishes Everything You Need to Know About His Plan to Colonize Mars