Customizable Digital Necklace can Display Anything you Want

A company called Bisou has just announced they are in the final stages of releasing the world's first fully customizable digital necklace. Their Indiegogo campaign will start in June and sign-ups are now taking place on their website, where there are discounts for signing up early. Images that end up on the necklace can be uploaded to the app and the user can even choose from thousands of designs, emojis, artwork or anything else that can be made into digital form. I think artists, designers, people in media, extroverts as well as fashionistas will find endless creative uses for this new item.

Check out the fully customizable Bisou necklace in the video below where you can see the device's endless possibilities.

With this necklace you can load whatever designs you want on it, and if a necklace isn't what you were wanting, you can turn it into a magnetic button and place it on any object as well. It's like a digital locket that can be changed with just the press of a button. Want an emoji or your boyfriend's picture on it? Then just upload the image and customize it on the app!

If I suddenly decided to abandon my habit of wearing dull, ratty clothing from ten years ago, and decided to become a proper female, this necklace would appeal on many levels, mostly from a money-saving perspective. I wouldn't need to buy an assortment of jewelry because the necklace would mimic thousands of different things. I would save so much money! In fact, all I would need to do is scour the internet for some piece of jewelry that looks cool and then upload it to my Bisou. I would be the envy of all my invisible internet friends. 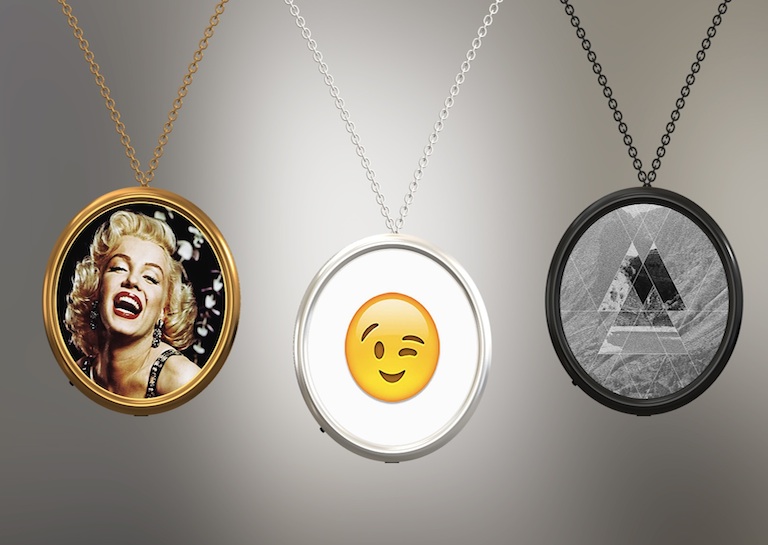 The Bisou necklace contains a built-in magnet, so it can be converted into a magnetic pendant for the back of your computer. The founder says there are plans to make it into a pin as well. Extroverts could display the happy emoji on their pendant while introverts could upload a message like "Do No Disturb". How many times have you been in an internet cafe, working tirelessly on your computer and wished for ten minutes of conversation with a human? You could broadcast that desire on your Bisou pendant: "Open for talking to a human for ten minutes. NOW." 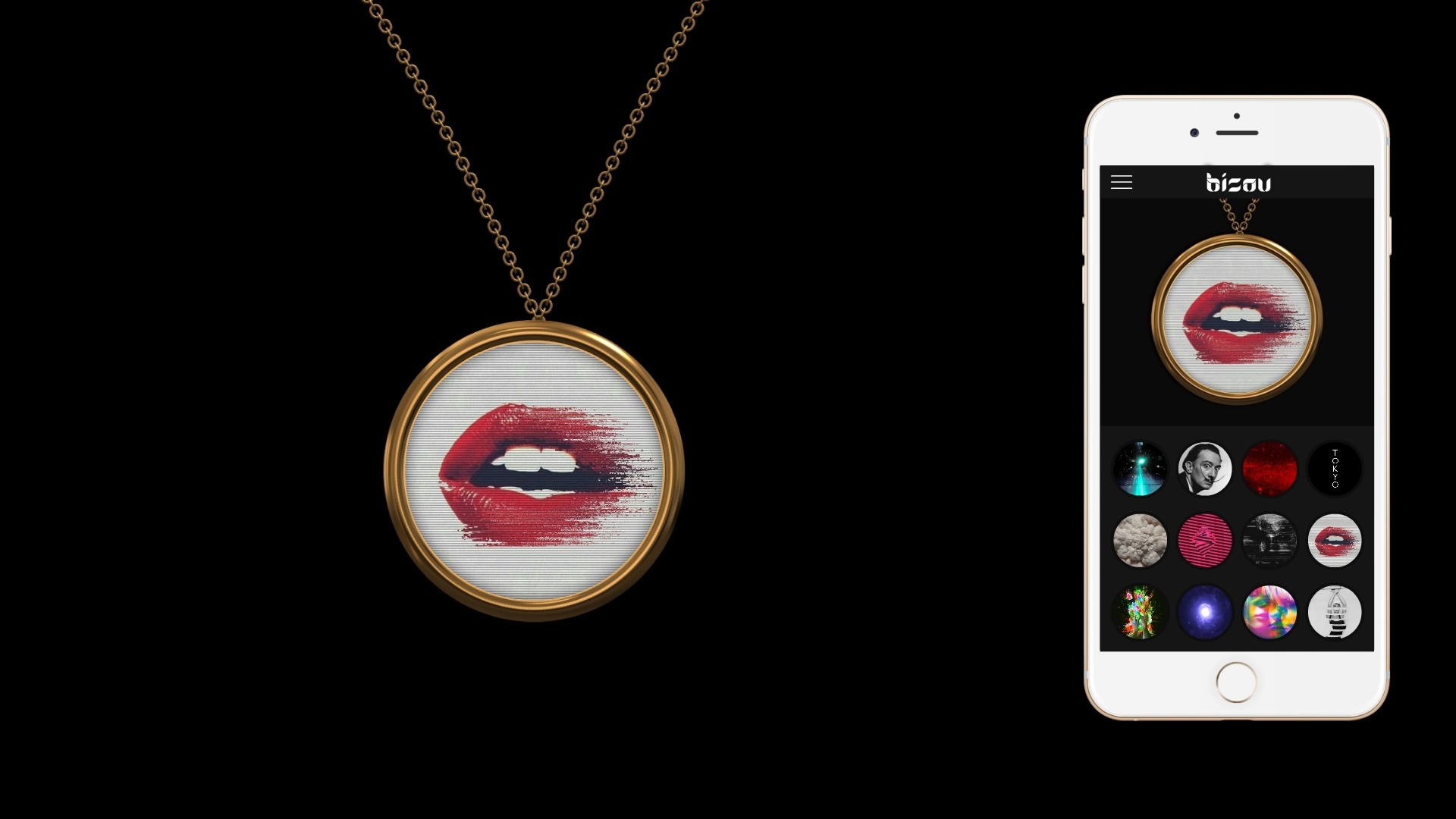 This unique technological design will create new pathways for generations to express themselves. What creative ideas do you have? Bisou wants to know. Read more from one of the creators of Bisou here, and be sure to sign up for notifications about the launch on Indiegogo in June!

An Advertising Company Wants to Make Deepfake Clones of Your Face