New study says premature deaths from air pollution all around the globe would drop if governments agree to cut emissions of carbon by the end of the century.

This could help avoid 153 million premature air pollution deaths and save millions of lives within this century. The study, which was led by Duke University with funding from NASA's Goddard Institute for Space Studies and participation from Columbia University, found that if policy-makers act to reduce emissions by 180 gigatonnes of carbon this century, as many as 153 million premature air pollution deaths will be avoided.

This will be consistent with limiting warming to two degrees Celsius without relying on carbon-capture technology, as outlined in the Paris agreement.

Save more than 1m lives in Asia and Africa

The study also focused on the number of lives that which be saved in the world's 154 largest urban areas if there were emissions reductions in the near future. In Kolkata, India, 4.4 million would be saved and in New Delhi 4 million. In 13 different Asian and African cities, more than a million lives would be saved.

According to the study, in total, 80 cities around the world would see more than 100,000 premature deaths prevented by rapid climate action which acts to keep the world below 1.5°C of warming.

"Hopefully, this information will help policymakers and the public grasp the benefits of accelerating carbon reductions in the near term, in a way that really hits home," Drew Shindell, study co-author and Duke University earth science professor said.

The study examined three different scenarios for carbon emissions reductions. One scenario where carbon emissions were reduced rapidly to keep the planet below 2° Celsius (3.6° Fahrenheit) by the end of the century.

Another scenario is where emissions were reduced less rapidly, but still enough to keep warming below 2°C by 2100.

The third scenario was when emissions were reduced rapidly enough to limit warming to 1.5°C.

Researchers then compared expected future emissions, and associated air pollution, like particulate matter and ozone, to expected public health impacts over the world.

“The lowest-cost approach only looks at how much it will cost to transform the energy sector. It ignores the human cost of more than 150 million lost lives, or the fact that slashing emissions in the near term will reduce long-term climate risk and avoid the need to rely on future carbon dioxide removal,” Drew Shindell said. “That’s a very risky strategy, like buying something on credit and assuming you’ll someday have a big enough income to pay it all back.” 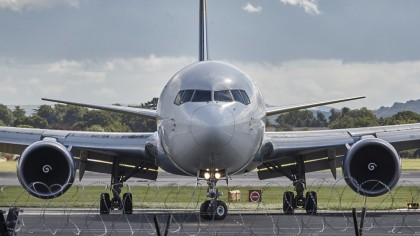 Climate policies aimed at reducing greenhouse gas emissions such as carbon dioxide and methane often hold co-benefits for air pollution. They act to force vehicles to become cleaner or encourage utilities to switch from polluting fuels like coal to greener sources like wind or solar.

The Paris climate agreement in 2015 has called for limiting global warming at well under 2°C, compared to a pre-industrial benchmark, and showing efforts for a 1.5°C ceiling.