Most people rarely think about the paths they traverse whether on foot or on a bike. If used for exercise, most people only consider the miles they ran or biked or the calories they burned. If people are walking or biking for transportation, they're only really concerned with getting from point A to point B. But then there are people like Stephen Lund. Lund takes his bike and rides what becomes citywide sketches, using GPS tracking as his pen.

Lund uses the tracking app Strava which serves as a running and cycling social media network for athletes. The app tracks your smartphone or GPS accessory during a run, updating placement in real time to followers. Most importantly for Lund, it gives a visual update and distance metrics at the end of each workout.

Lund recounted how his bike drawings got started:

"Well before dawn on the first day of 2015, I snuck out of the house with my bike and my Garmin and “painted” a New Year’s message on the streets of Victoria, BC. Failed exclamation point notwithstanding, my Strava handiwork got enthusiastic kudos from many members of my cycling club. And since I like kudos and praise almost as much as I like cycling and creative pursuits, I decided to embrace Strava artwork as a way both to spend some of my free time and recharge my creative batteries." 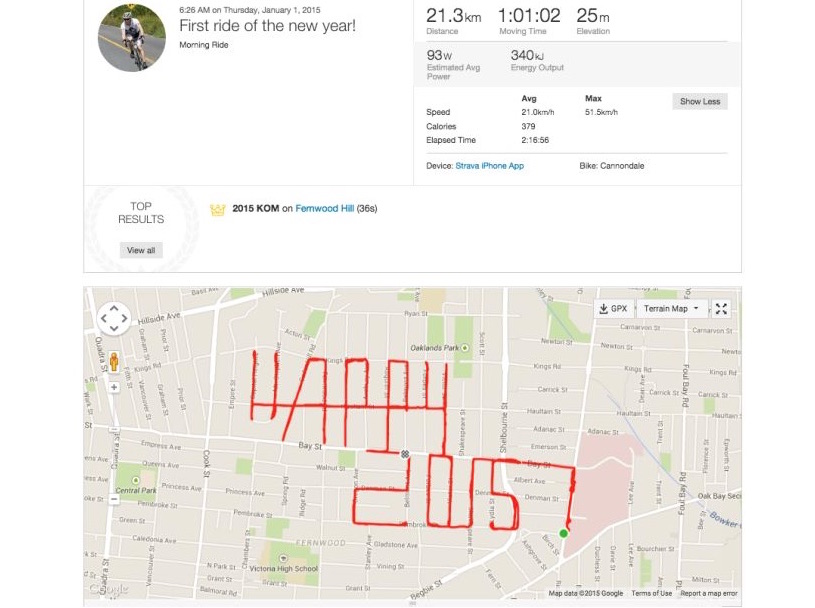 "Completing my GPS doodle of Gandalf required 168 kilometres (105 miles) of cycling -- 88 km (55 mi) on roads and pathways directly in the doodle, and another 80 km (50 mi) of pedalling to 'connect the dots' for the straight lines of Gandalf’s staff and a few other details for which suitable roads simply didn’t exist," Lund noted about one of his most challenging cycling excursions. 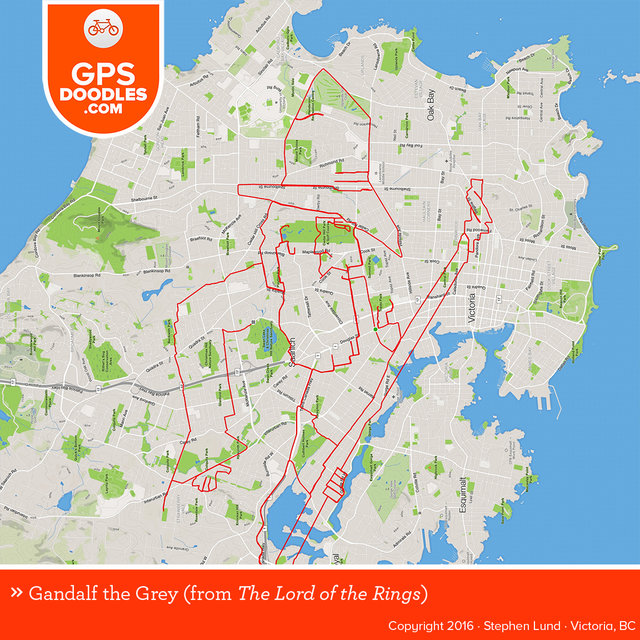 And sometimes, Lund's doodles look nothing like what he intended. For example, his most recent blog post details him drawing what he thinks is one of those inflatable tubemen you normally find in the parking lot of a tire shop or used car lot. However, a lot of people saw completely different beings.

"'It looks like an Ent from Lord of the Rings,' said one. (Interestingly, today is Tolkien Reading Day.) 'Hey – it’s the Cheestrings guy!' said another. Someone else thought it was Gumby. And my wife wondered if it was a cartoon carrot or parsnip." 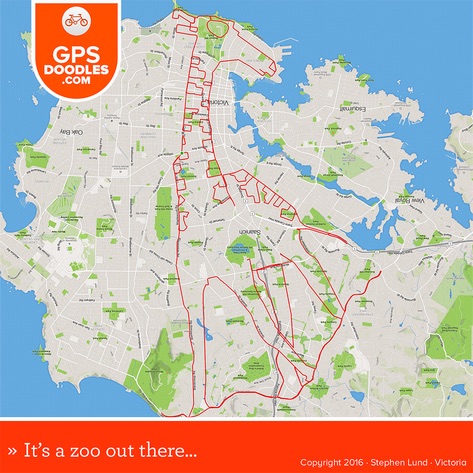 To follow along with Lund's adventures, check out his artwork and legwork at GPSDoodles. 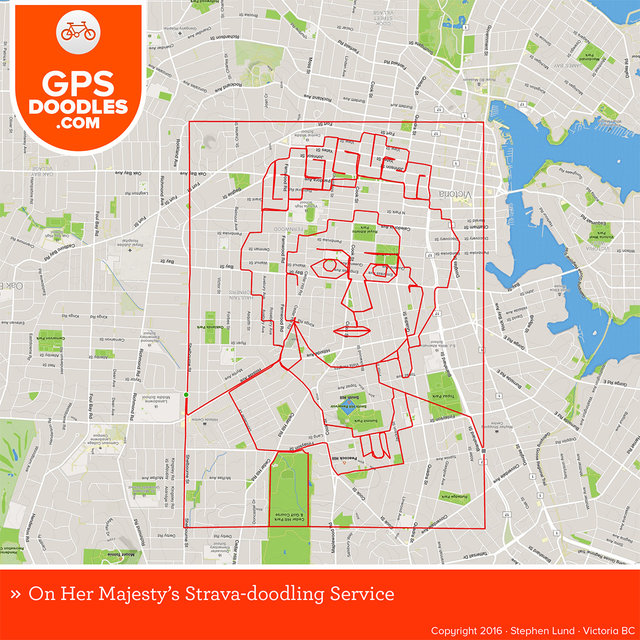 SEE ALSO: This Invention Makes it Possible to Cook Dinner in Your Washing Machine