Dagger Buried with King Tut Came from a Meteorite

A lot of mystery has surrounded King Tut, from the death of the first explorer to find his tomb, to all of the strange things his mummy was buried with. King Tut was a boy king who died at the age of 19, after ruling Egypt for nearly 10 years. Given the ornateness of the tomb, and all of the mystery surrounding the boy king, it has left many to speculate supernatural origins and other crazy things. However, researchers have just discovered something amazing about a dagger buried with King Tut, it is made out of a meteorite.

When the dagger was first found in 1925, it was reported as having an iron blade with a gold sheath, according to Science Alert. A team of Italian and Egyptian researchers has spent the last years studying the dagger under X-ray fluorescence spectrometry. This research has led to a scientific paper, published here, that identifies the iron used in the blade as having meteoric origin. 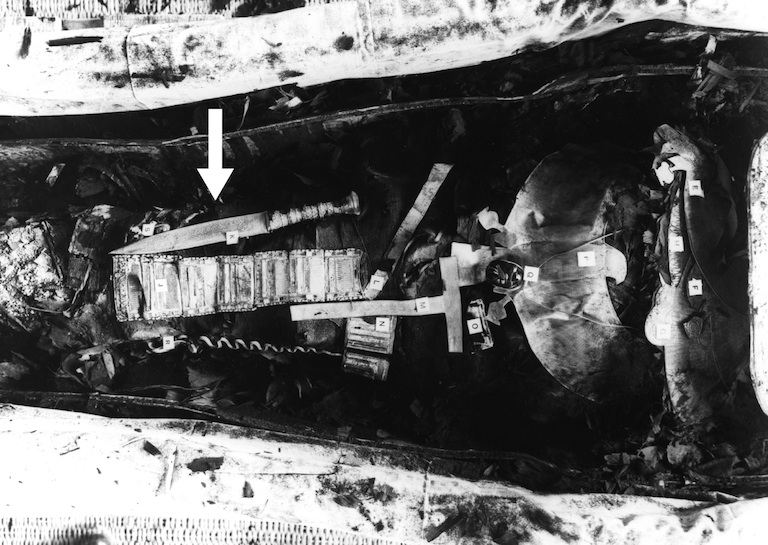 There has been a debate over the martian origin of the blade for many years, according to Seeker, and it was long thought that many ancient iron objects originated in space as well. Meteorites are often made up of iron and nickel, but can also contain cobalt, carbon, and other elements. From the high levels of nickel in the blade, researchers were able to confirm that it would have been impossible for the dagger to come from any source other than a meteorite.

We took into consideration all meteorites found within an area of 2,000 km in radius centered in the Red Sea, and we ended up with 20 iron meteorites. Only one, named Kharga, turned out to have nickel and cobalt contents which are possibly consistent with the composition of the blade." ~ Daniela Comelli, at the department of Physics of Milan Polytechnic to Discovery News

Found in the year 2000 on a limestone plateau at Mersa Matruh, and it is likely the original source for the dagger. Final confirmation of this leads many in the scientific field that there may be even greater mysteries in the realms of ancient Egypt. What other mysteries do you think are laying around the corner?