The antibiotic-resistant genes first detected in urban India have spread 8,000 miles away in the Kongsfjorden region of Svalbard.

There has been much worry lately about the increase in drug-resistant bacteria, and it might just be getting worse. A new report has revealed that a dangerous superbug has resurfaced in one of the last 'pristine' places on earth, the High Arctic, indicating that the bacteria may be spreading far and wide.

The antibiotic-resistant genes called blaNDM-1 were first detected in urban India. Now, they have been found 8,000 miles away in the Kongsfjorden region of Svalbard. 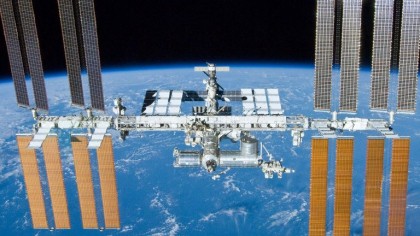 "Polar regions are among the last presumed pristine ecosystems on Earth, providing a platform for characterizing pre-antibiotic era background resistance against which we could understand rates of progression of antibiotic-resistant 'pollution'," said Professor Graham, an environmental engineer at Newcastle University.

"But less than three years after the first detection of the blaNDM-1 gene in the surface waters of urban India we are finding them thousands of miles away in an area where there has been minimal human impact.

"Encroachment into areas like the Arctic reinforces how rapid and far-reaching the spread of antibiotic-resistance has become."

The superbugs are carried in the gut of both animals and humans and scientists fear they may be spreading in the fecal matter of birds and other visitors to the isolated area.

First observed in clinical settings in 2008, strains of the antibiotic-resistant genes were then found in surface waters in Delhi. Since then, the bacteria has resurfaced in over 100 countries and has even evolved into new variants.

"What humans have done through excess use of antibiotics on global scales is accelerate the rate of evolution, creating a new world of resistant strains that never existed before," explained Graham.

"Through the overuse of antibiotics, fecal releases and contamination of drinking water, we have consequentially speeded-up the rate at which superbugs might evolve."

To make matters worse, blaNDM-1 is not the only superbug detected in the once pristine High Arctic. The researchers analyzed extracted DNA from forty soil cores at eight locations along Kongsfjorden and found an alarming 131 of these antibiotic-resistant bacteria.

More alarmingly, these carried genes from a variety of antibiotics they had evolved to resist.

"The resistance genes detected were associated with nine major antibiotic classes, including aminoglycosides, macrolides, and β-lactams, which are used to treat many infections. As an example, a gene that confers multidrug resistance in Tuberculosis was found in all cores, whereas blaNDM-1 was detected in more than 60% of the soil cores in the study," explained Graham.

The researchers argue that to stop these harmful spreads we need more than antibiotic stewardship in medicine. We need a new understanding of how resistance transmission occurs through water and soils and a corresponding renewed approach to waste management and water quality on a global scale.

"The only way we are going to win this fight is to understand all pathways that lead to antibiotic-resistance," said Dr. Clare McCann, of Newcastle University.

The study is published in the academic journal Environmental International.

Siberian Tundra Is Exploding Again, Thanks to Climate Crisis