Watch out SpaceX, there is a confident competitor on the space horizon. The Defense Advanced Research Projects Agency (DARPA) is designing the Experimental Spaceplane XS-1, along with The Boeing Company, which is a reusable, autonomous spaceplane aimed to fly towards the edge of space. 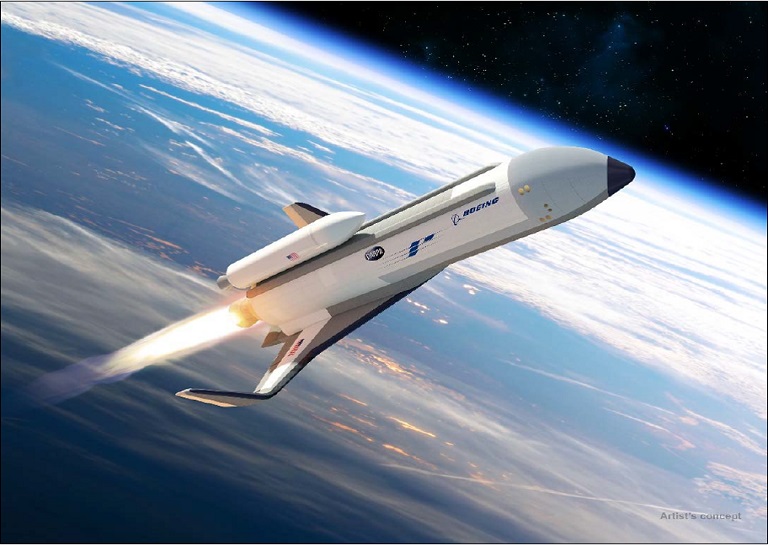 DARPA has announced that The Boeing Company is their chosen firm to deliver the advanced design of the Agency's Experimental Spaceplane XS-1 program. The program intends to build and fly a novel class of hypersonic aircraft to reinforce national security by offering short-notice and low-cost access to space.

DARPA's program manager, Jess Sponable, expressed the Agency's excitement about the future of the program. "We’re very pleased with Boeing’s progress on the XS-1 through Phase 1 of the program and look forward to continuing our close collaboration in this newly funded progression to Phases 2 and 3—fabrication and flight".

This highly advanced program aims to conduct launches to low Earth orbit in just days, contrary to the current methods today which takes months or years of preparation in order to launch a single satellite on orbit.

The Agency's XS-1 program will be a fully reusable self-piloting spaceplane that takes off in a similar manner as a rocket and fly to hypersonic speeds. It will be approximately a business jet-size vehicle without any external boosters and powered only by self-contained cryogenic propellants. Sponable revealed how the Agency's high-tech aircraft is different and unique from current spaceplane and airplanes.

"The XS-1 would be neither a traditional airplane nor a conventional launch vehicle but rather a combination of the two, with the goal of lowering launch costs by a factor of ten and replacing today’s frustratingly long wait time with the launch on demand".

The XS-1 program has some steep goals like future commercial operations costing as little as $5 million or less each time the spaceplane is launched. And to achieve this, the XS-1 must be designed with suitable technology and support systems to economically execute missions. One area the Agency and Boeing are looking at to enhance is the accessibility of the subsystem components calibrated as line replaceable units. This system can be used practically to allow immediate maintenance and repairs.

The program's Phase 2 includes design, construction, and testing of the spaceplane's technology and will last until 2019. XS-1's third phase is planned to commence on 2020 and includes the following objectives: fly 10 times over 10 consecutive days with various flight scenarios, first is without payloads at a speed of Mach 5, and subsequent flights flying at a speed of Mach 10, then demonstrate a payload delivery weighing between 900 pounds and 3,000 pounds into low Earth orbit.

The future of the XS-1 program is articulated by Brad Tousley, director of DARPA's Tactical Technology Office.

"We’re delighted to see this truly futuristic capability coming closer to reality. Demonstration of aircraft-like, on-demand and routine access to space is important for meeting critical Defense Department needs and could help open the door to a range of next-generation commercial opportunities".

Visit the Experimental Spaceplane (XS-1) site to learn more about the technology and future missions of DARPA's program.