The Defense Advanced Research Projects Agency (DARPA) has selected the teams that will compete in the Subterranean Challenge. The multi-year robotics competition incentive is a $2 million prize which will result in robots that will autonomously search tunnels, caves, and underground structures.

The competition aims to better equip warfighters and first responders to explore human-made tunnel systems, urban underground, and natural cave networks that are too dangerous, dark, or deep to risk human lives.

The seven teams in the Systems competition challenge will develop and demonstrate physical systems in real-world environments. The teams selected by DARPA include:

The teams selected in the Virtual competition will use simulation models and physics-based environments focusing on software-driven advances.

The following organizations have received a contract to compete in the DARPA-funded track of the Virtual competition:

The Carnegie Mellon University team, which includes a key member from Oregon State University, will receive up to $4.5 million from DARPA to develop the robotic platforms, sensors, and software necessary to accomplish these unprecedented underground missions.

The robots will be tasked with rapidly mapping, exploring, and exploiting complex underground environments. Spaces underground can be so small that humans can only crawl through them to areas big enough to accommodate an all-terrain vehicle.

DARPA's subterranean challenge is designed with the idea of providing warfighters and first responders with the capabilities necessary to accomplish a variety of missions in caves, tunnels or urban underground facilities, such as subway stations.

"Successfully completing these missions will require multiple robots, including both drones and ground vehicles," said in a press release Sebastian Scherer, who will lead the team with Matt Travers, both of CMU's Robotics Institute.

"Our team has a wealth of experience in operating robots in mines, enclosed spaces and the wild, and in coordinating the activity of multiple robots," Scherer said.

Matt Travers, a systems scientist in the Robotics Institute, said the Carnegie Mellon University (CMU) team will leverage its expertise in modularity. This will allow the scientists to develop robots that can be rapidly built and reconfigured to adapt to widely varied environments. 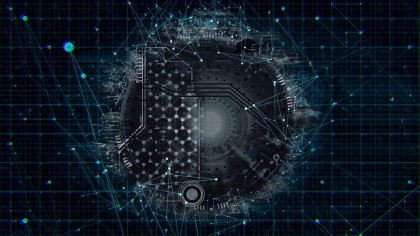 "We can't be sure that a four-wheeled platform will always be the right robot for every job, so we need to be ready to add wheels or substitute tracks or even legs," Travers said. The kind of robot the team will need depends on the variety of environments. "Small robots might be our only option, while others may demand larger, more robust robots," he said.

Sebastian Scherer, who is a senior systems scientist, said communications will be a major challenge underground. He added that getting robots to work cooperatively to ensure a space is comprehensively mapped is critical.

Assistant professor of mechanical engineering at Oregon State Geoff Hollinger, who is also a CMU robotics alumnus, has been recruited to be part of the team for his expertise in multi-robot systems.

The rest of the CMU's team includes Howie Choset, who is the Kavčić-Moura Professor of Computer Science; Sanjiv Singh, research professor of robotics; Anthony Rowe, associate professor of electrical and computer engineering; and a number of undergraduate, graduate, and post-doctoral researchers.

In recent years, underground settings are becoming increasingly relevant to global security and safety. Factors such as rising populations and urbanization are requiring military and civilian first responders to perform their duties in below-ground conditions, in human-made tunnels, underground urban spaces, and natural cave networks.

The deployment of innovative, enhanced technologies could accelerate the development of critical lifesaving capabilities.

"Creating robots that can work in subterranean environments will expand the potential application of robots both underground, such as in mines, and inside structures, such as buildings, ships, and aircraft," Sebastian Scherer said. "The constraints robots encounter in these confined spaces are enormous, so we have our work cut out for us."

At the beginning of the fall of 2019, DARPA will conduct a series of challenges including one each in man-made tunnels, natural caves, and underground structures. The concluding final event will take place in the fall of 2021 and will combine all three types of subterranean environments.

In 2007, the CMU teams won the DARPA Urban Challenge robot race. In 2015, CMU was placed third at the DARPA Robotics Challenge for disaster response robots.

The team is receiving support from Boeing and from Near Earth Autonomy, a spinoff of the Robotics Institute, in addition to the DARPA funding. It also continues in the search for additional commercial and foundation sponsors willing to join this exciting initiative.