Fresh off the success of their Shadow ebike, Canadian based Daymak inc. have just unveiled their new project, the Beast: a solar powered street legal and off-road electric bike. After two years of development they have now turned to Kickstarter to help get the Beast out onto the market. 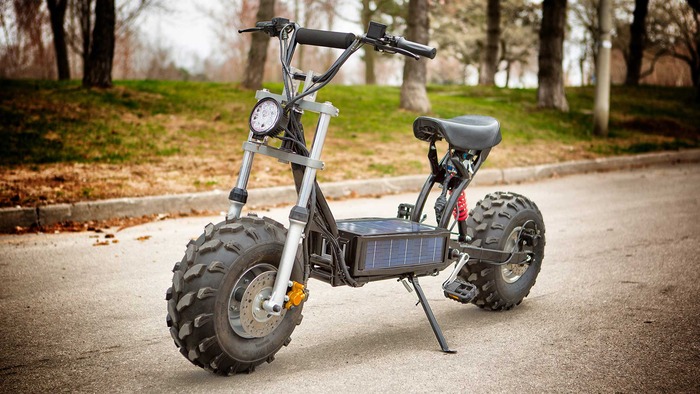 The interesting low-profile and rugged design has an inverted suspension fork at the front connecting to a 10 inch alloy which holds one of the 8 inch thick off-road tyres. It also houses the 4 500 lumen LED headlight. The bike weighs in at just 55 kg, standing at 1.1 m in height and 1.92 m long. The Beast has a top speed of just 32 km/h (20 mph) thanks to its modest 500 W motor. The low speed also means that the bike falls into legal requirements for street use and doesn't require a license.

The integrated solar charging means that the bike charges as it goes. Even though the on-board 60-volt battery can power it for 40 km on a single charge, the bike charges up for a further 10 km after 8 hours exposure to sunlight. If that's not enough of a solar range for you, the bike also comes with a wall outlet charger, good for those rainy days. 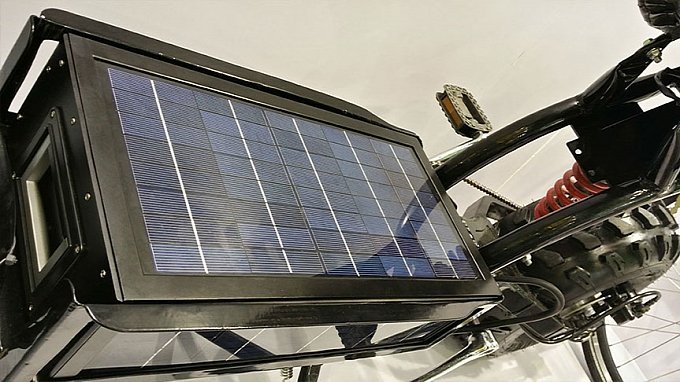 The battery pack is removable and not tied to a single use; it can also be used to charge your USB devices with one of the 2 built in ports. The Ultimate version of the Beast even comes with a 110V/220V plug which they say allows you to 'even plug in a TV', although we're not sure about how you'd carry a TV on it.

If the campaign is successful they plan on making an app that runs on both Android and iOS. The app will be able to talk directly to the motor and batteries and information such as speed, distance travelled, GPS and battery level can be displayed on the screen. Depending on the amount of funds raised they also plan to upgrade the parts used including KMC chain, Shimano Disc Brakes and Samsung batteries. 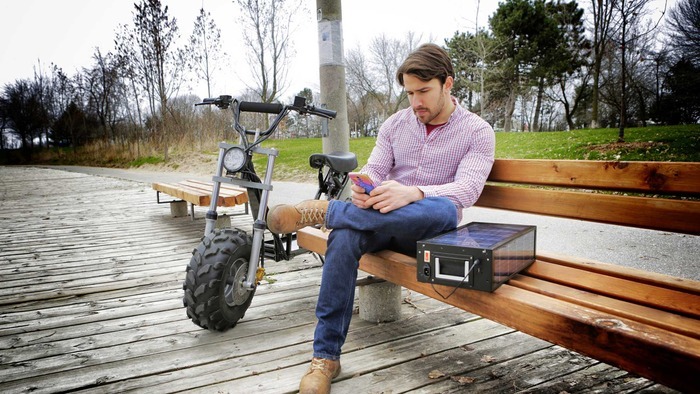 Just $1079 canadian dollars ($1000 US) is enough to get your hands on the Beast early, saving $300 from the planned retail price at launch. If you want to push it further you can pledge $2999 canadian dollars ($2799 US) and get a pre-oder in for the Ultimate version.