Dazed and Confused: Weed Could Be Changing the Teenage Brain, Says a New Study

Marijuana is affecting the brain of its users; however, the controversial plant could have a more severe effect on the teenage brain.

To this day, marijuana is still one of the most highly debated and controversial drugs across the globe. Though it's still very much illegal in most parts of the world, politicians, and countries have slowly changed their tune on the plant, all thanks to science.

Recent studies from countless institutions across the globe have shown the once "ultimate gateway drug" could potentially help pioneer new horizons in medical research due to its prospective health benefits.

Yet, do not get too excited. Due to the fact that most pro-marijuana legislation is still new across the world, scientists still do not have a complete picture of marijuana, and its long-term effects on the human brain.

Nevertheless, a study on the marijuana plant and its use among teens is giving an interesting insight into an untapped and growing field of research.

This is Your Brain on Drugs

The study, conducted by Catherine Orr and Hugh Garavan, centers around 14-year-olds from Ireland, England, France, and Germany. Researchers were interested in seeing how a small amount of marijuana can affect the teenage brain.

The participants in the study only used the drug a few times in their life before participating in the research. Orr and Garavan discovered that just using marijuana once or twice dictated the increased volume of numerous brain regions in the teenagers. 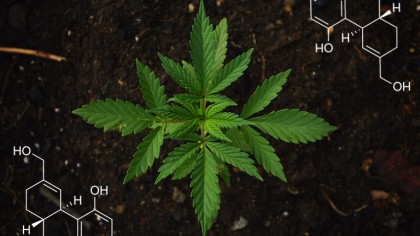 Though the research team looked at other controlling variables like sex, socioeconomic status, alcohol, and nicotine use.

Their research showcases that brain regions rich in cannabinoid receptors of those who used the marijuana plant, were structurally different than those who do not, echoing previous research on how susceptible the drug is to the teenage brain.

The use of marijuana potentially affects the areas of the brain that deal with reasoning and even anxiety according to the research.

The research is sure to expand and explore more diverse populations for the study.

According to the 2017 United Nations Drug Report, there are approximately 183 million people who consume marijuana worldwide, with some estimates saying that number could be closer to 238 million.

Marijuana will not be going away anytime soon. If anything the drug will move from the backrooms of culture to the center stage as more and more countries either legalize the plant or decriminalize it.

Research like this will be crucial to understanding the effects of the plant on the human brain, and what role marijuana will play in generations to come.

Amazon's New Home Robot Astro Just Launched. And It Could Be a Nightmare