Dead Fish to Become Fuel For a Cruise Company

Biofuels are offering an unprecedented range of sustainability options, and one Norwegian cruise company plans to use dead fish to serve as fuel for its fleet of cruise ships.

In terms of travel trends, we are faced with an ever-growing dilemma: more people than at any point in human history are exploring the world, but with this comes an increasing strain on already limited resources. Though efforts are in place to reduce carbon emissions with waste recycling initiatives, the fundamental question of satisfying fuel demands remains.

The two biggest culprits are the airline and cruise industry, with no slowdown in sight. One company is finding an alternative source of fuel in an unlikely place. Norwegian company Hurtigruten is using dead fish to keep its fleet of cruise ships on the open sea.

Unlike some established companies which refuse to change with the times and new economic realities, the 125-year-old company, which operates a total of 17 ships, has pledged to begin operating roughly a third of them on a combination of liquified natural gas, biogas, and battery packs by 2021. The dead fish, it seems, is a part of this ambitious target.

And that's not all. The company is also in the process of acquiring three hybrid-powered cruise liners. Plans are also in the works for phasing out the single-use plastic.

"While competitors are running on cheap, polluting heavy fuel oil, our ships will literally be powered by nature. Biogas is the greenest fuel in shipping and will be a huge advantage for the environment. We would love other cruise companies to follow," Hurtigruten Chief Executive Officer Daniel Skjeldam explained in a statement.

In speaking about the resource challenges of the cruise industry in an interview with CNBC, Norwegian Cruise Line President and CEO Frank Del Rio shared, "It's been a very strong booking environment...and it's gonna continue," adding, "Oil represents eight, nine percent of costs."

Based on the findings from a 2017 report on the cruise industry, Germany-based Nature And Biodiversity Conservation Union (NABU) CEO Leif Miller said: “Despite multiple claims cruise ships are cleaner and greener, the industry’s attitude to the environment remains poor. The environmental performance of cruise companies is lousy, as is their attitude to transparency. 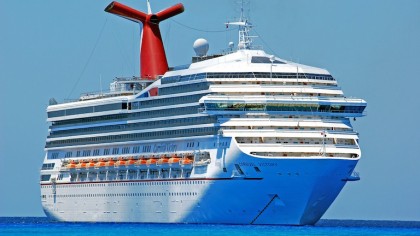 Last year the sector claimed 23 ships would be operating with soot filters. The truth is not a single filter is working at present.” All this seems to indicate that (1) a lack of strictness and transparency in setting policies that promote eco-friendly practices and (2) few examples of compliance from cruise industry giants both contribute to the current situation.

In these times of resource uncertainty, what's required is an all-out collective effort to intelligently utilize waste materials and promote a vision that embraces a zero-waste philosophy. The company is proving that there's great wisdom in the old expression "One man's trash is another man's treasure."

Efforts like these are helping to transform the image of the cruise industry, which many see as being one of the last of a dying breed of industries which promote excess without responsibility. Hurtigruten may not be the biggest company of its kind in the world, but its plans are highly commendable.