A city founded more than two millennia ago has been rediscovered. Archeologists made the discovery after examining declassified US spy satellite imagery.

By  Jessica Miley
Oct 03, 2017
The Darband-i Rania pass from the northeast. British Museum

An ancient city founded over two millennia ago by Alexander the Great has just been rediscovered in Iraq. The city known as Galatga Darband was rediscovered by Iraqi and British archeologists who were examining declassified US spy satellite imagery. 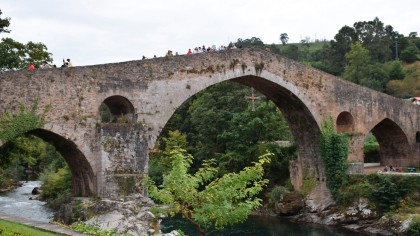 Roman Arch Bridges: How Much Weight Can They Hold?

Satellite images taken by a US military intelligence organization in the 1960’s were made public in 1996 and gave the first indication the city may exist. Iraqi and British archaeologists led by experts from the British Museum followed up on the hunch using drones to fly over the suspected area. These images revealed Greco-Roman deities and terracotta roof tiles, with hints that other major buildings could be buried on the site. The team leader for the rediscovery project in Iraq, John MacGinnis, told media, “The drone yielded excellent information. It’s early days, but we think it would have been a bustling city on a road from Iraq to Iran. You can imagine people supplying wine to soldiers passing through.”

While the exact details of the city are yet to be known, it is thought that the city was founded soon after Alexander the Great marched through this region in 331 BC while chasing Darius III of Persia.

In January 2016 a British funded training program was launched to provide additional skills to Iraqi archeologists working to protect the city's physical history during the most recent conflict. The training program sends archeologists from Iraq to London for a three-month training course at the British Museum that focuses on training in the use of satellite imagery and digital mapping, as well as tools for documenting buildings and monuments. At the end of three months, the archeologists return home accompanied by a British archeologist who then oversees them applying their new skills in their home country. It was during this part of the program that the city of Galatga Darband was discovered.

One major focus of the training program has been the city of Mosul. Mosul is a major Iraqi city located 400 km north of Baghdad on the west bank of the Tigris. The city was occupied by Islamic State until July this year when Iraqi Government Forces retook the city. Victory was proclaimed by the government on July 10, though heavy fighting in the city between government and IS forces continues to occur.

Archeological sites in Mosul and its surrounds have been heavily targeted by Islamist militants. Many priceless cultural heritage sites have been destroyed after IS fighters denounced them as un-Islamic. IS has posted videos of their fighters destroying statues with dynamite. Ancient buildings were also destroyed in the fighting as it was used as makeshift military bases and refuges. Iraq’s cultural heritage has suffered greatly in the last two decades. In 2003 at the end of the US invasion more than 500,000 objects were stolen from the Iraq Museum. Worldwide efforts to recover the missing artefacts has resulted in the recovery of approximately 5,400 items. Almost 700 of which were recovered from inside the US and Britain.