Applying a convolutional neural network approach to satellite images gave scientists a picture of obesity rates in six US cities.

The unprecedented rise in obesity which we are seeing in the world in the 21st century, with all of its devastating impacts on health as well as the systems of healthcare in place, have been well documented. And although dozens of studies that look at some of the health practices that contribute to weight gain, the epidemic continues. 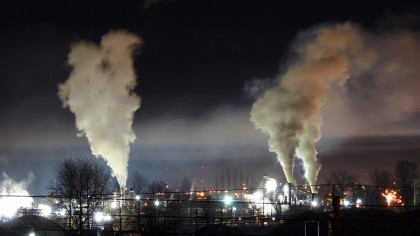 One of the latest pieces of evidence is coming from a very unlikely source: outer space. For those among us who may be skeptical about how this works, it is necessary to point out that these estimates do not detect obesity in individuals, but in whole areas (although perhaps one day scientific innovations will also afford us this opportunity as well).

A team of researchers from the University of Washington in Seattle used artificial intelligence to interpret satellite images to understand the rate of obesity in different built environments, or human spaces, which do not include those from the natural environment.

To achieve these results, the team used a deep learning technique known as the convolutional neural network (CNN) approach, which the team cites for its ability to allow for "consistent quantification of the features of the built environment across neighborhoods and comparability across studies and geographic regions". In total, various neighborhoods in six urban areas were studied: Memphis, Tennessee; Seattle (including Seattle, Tacoma, and Bellevue), Washington; San Antonio, Texas; Los Angeles, California.

Mapping out the numbers

According to data collected by the team, more than one-third of the entire United States population--39.8% according to the Centers for Disease Control and Prevention (CDC), can be considered obese. In light of this, information from studies like this provide compelling visual representations of how the numbers break down in various built environments, creating a link between accurate, but obscure, medical evidence and social sciences approaches which are thorough, yet lack some of the empirical evidence present in other branches of science.

The US ranks number one in obesity in the world, that is well-known. So, the Organization of Economic Co-operation and Development decided to broaden their research focus to look at obesity rates in the world, and the results were surprising.

On average, 19.5% of adults are #obese across OECD countries. See where your country weighs in https://t.co/0rAdWjng8N PDF #health #EOD2017 pic.twitter.com/07QxLPYtB9

It also serves as a reminder that a global approach to tackling the obesity epidemic should be embraced.

“As we have learned so tragically from the experiences in tobacco control, focusing our attention only on developed nations allows a problem to move to developing countries, a trend already apparent in the growth plans of the global fast food and beverage industries," excerpt from the multidisciplinary book The Oxford Handbook of the Social Science of Obesity.

Details about the research can be found in a paper, titled "Use of deep learning to examine the association of the built environment with prevalence of neighborhood adult obesity", published yesterday in the JAMA Network Open journal.