Alvin, the ship responsible for finding the Titanic, has just made another incredible find. This time in the shape of an eco-friendly microbial species.

By  Loukia Papadopoulos
November 27, 2018
University of Texas through EurekAlert!

Scientists at The University of Texas at Austin's Marine Science Institute have discovered microbes that may be able to help limit the concentrations of greenhouse gases in the atmosphere and possibly even assist with cleaning up oil spills. 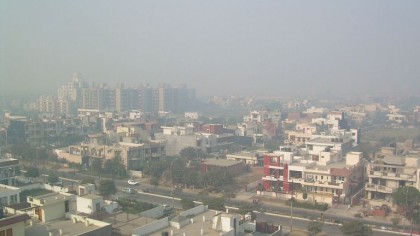 The new microbial species are genetically different so different from those previously studied, they represent new branches in the tree of life.

"Beneath the ocean floor huge reservoirs of hydrocarbon gases--including methane, propane, butane and others--exist now, and these microbes prevent greenhouse gases from being released into the atmosphere."

Baker studies the relationship between microbial communities and the nutrients in their environment by extracting the DNA from sediment and microbes in nature. His team sequences the DNA piecing together individual genomes to understand how microbes consume different nutrients.

"The tree of life is something that people have been trying to understand since Darwin came up with the concept over 150 years ago, and it's still this moving target at the moment," said Baker, who earlier was part of a team that mapped the most comprehensive genomic tree of life to date.

"Trying to map the tree is really kind of crucial to understanding all aspects of biology. With DNA sequencing and the computer approaches that we use, we're getting closer, and things are expanding quickly."

"For this, we try to look for organisms that have been studied before and look for similarities and differences," said Dombrowski, who is now at the Royal Netherlands Institute for Sea Research. "This might initially sound easy, but really is not, since often more than half of the genes we find are so far uncharacterized and unknown."

So far the researchers, have recovered 551 genomes, 22 of which represented new entries in the tree of life. However, Baker believes this is just the start.

"We think that this is probably just the tip of the iceberg in terms of diversity in the Guaymas Basin," Baker said. "So, we're doing a lot more DNA sequencing to try to get a handle on how much more there is. This paper is really just our first hint at what these things are and what they are doing."

For the study, the researchers analyzed sediments from 2,000 meters below the surface. At this range, volcanic activity raises temperatures to around 200 degrees Celsius.

The greenhouse gases gobbling microbe samples were collected by the Alvin submersible. The ship, famous for finding the Titanic, is ideal for extreme environments.

The new study was published in Nature Communications this week.

The Engineering and Construction of Offshore Oil Platforms