Just as we hoped 2016 wouldn't take any more spectacular people from the world, this happened.

Her son, Princeton University professor Allan Rubin, confirmed the death to the Associated Press this morning. He said his mother died of natural causes on Christmas night.

Vera Rubin's career seemed built upon proving the unseeable and the impossible. She and colleague Kent Ford stumbled upon galactic rotations while looking at punchcard readouts at the Carnegie Institute of Washington. While Rubin and Ford weren't the first to discover and name dark matter, they certainly had the most data to back up its existence. Rubin's 'proof' of dark matter would later be confirmed by hundreds of subsequent studies. 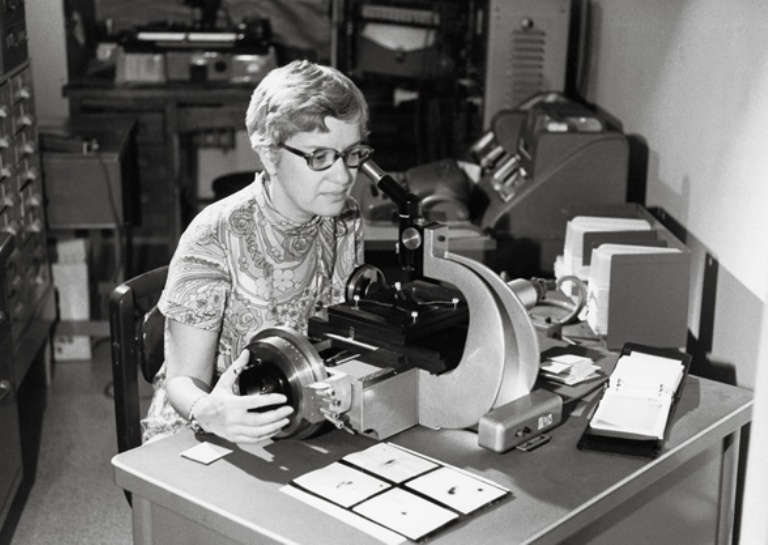 She found that galaxies were spinning too quickly, fast enough that the galaxies should fling out the stars as they rotated. Rubin dubbed this the "galaxy rotation problem," and that became the driving force to prove the existence of dark matter.

Given that dark matter comprises 84 percent of the universe, you'd think the team responsible for discovering it would receive a Nobel Prize. However, Rubin never received an acknowledgment from the Nobel committee.

Rubin's greatest notoriety might come from her astronomical works. However, she prided herself in encouraging young women to pursue astronomy. She consistently overcame obstacles due to her gender. She fought for more women to join the National Academy of Sciences and in academia overall.

Rubin herself fought for her higher education. She wanted to enroll at Princeton university for her graduate degree in astronomy. However, the program was male-only until 1975. She instead earned her Master's degree in science from Cornell University. She earned that degree in 1951. Her Ph.D thesis three years later proposed the idea that galaxies clumped together. That idea predated most serious study on the subject by 20 years.

In a 2010 interview, Rubin said she'd rather have her numbers live on more than her name:

"Fame is fleeting, my numbers mean more to me than my name. If astronomers are still using my data years from now, that’s my greatest compliment."

The scientific community has been sending out messages of their support since the news was made public.

Until now, #VeraRubin's Nobel Prize was always a "well, hopefully next year" thing. Now, Nobel Committee has no opportunity to fix oversight

"Science should be looked upon as something that helps us understand our role in the universe." RIP Vera Rubin, discoverer of dark matter

To learn more about dark matter, check out this video below. It puts Rubin's discoveries into perspective: