Deepest 3-D Map of the Universe Ever Encompasses 13.4 Billion Years 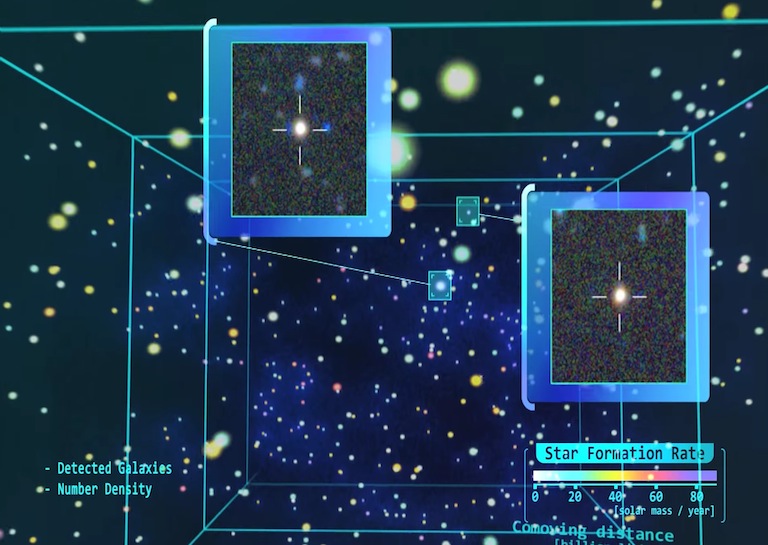 Einstein's theory of special relativity states that the speed of light in a vacuum is the same for all observers, regardless of the source. He later created the theory of general relativity which asserts that the effect of gravity on the universe creates a warping effect on space-time. These theories shook up the scientific world of the time, and for the most part haven't been fully proven. While they haven't been proven, they have been assumed to be correct for the last 100 years, and they have helped researchers understand the universe better.

One problem that arose with Einstein's theories was that scientists could see that the universe was expanding at an accelerating rate, meaning that there needed to be energy coming from somewhere. Many began to think that Einstein's theories were breaking down, but new research has proven that Einstein was right all along. A team using the Fiber-Multi-Object Spectrograph (FMOS) on the Subaru Telescope that was led by scientists from Japan’s Institute for the Physics and Mathematics of the Universe (Kavli IMPU) and the University of Tokyo have proved Einstein's theories, according to Universe Today. This technology allowed them to create a 3-dimensional map of the universe, spanning its entire existence. In total, 3,000 galaxies were included in the map, and it is all laid out in the video below.

Part of what makes this discovery so incredible is the fact that the telescope was able to see back 13.4 billion light years, or almost the entire existence of the universe. This 3-D map has shown that even at these incredibly distant places in the universe, Einstein's theory of General Relativity is still valid and holds completely true. Ultimately, this means that Einstein's theories from over a century ago are representative of how all of the observable universe functions, even in the rapidly expanding state that it currently exists in.