A team in the Czech Republic recently discovered the deepest underwater cave in the world. Polish diver Krzysztof Starnawski and his team explored the cave named Hranicka Propast, and measured the abyss at 404 meters (1,325 feet) deep.

The September voyage wasn't Starnawski's first mission to Hranicka Propast. He first traveled there in 1999. In subsequent trips, he released probes through a narrow squeeze passage to determine its depth. 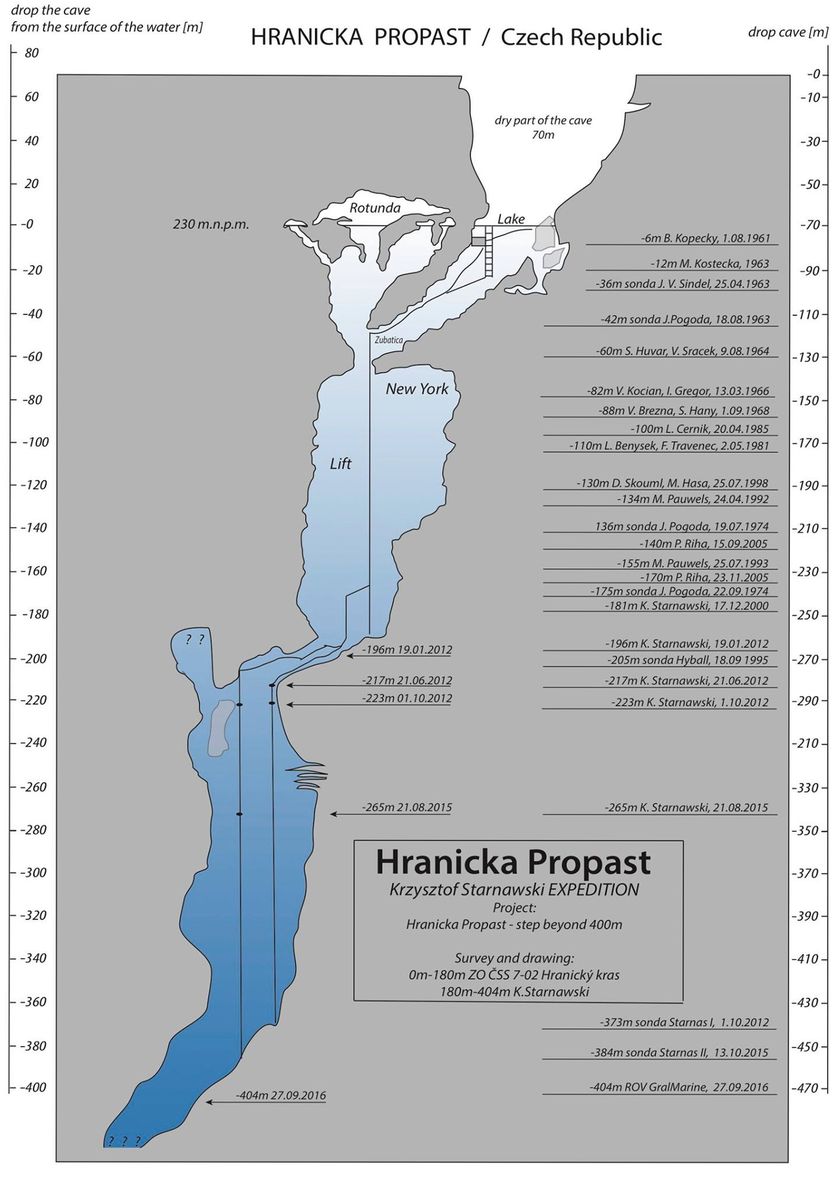 In 2014, his probe stopped just short of the previous record holder's depth at 384 meters. Last year, he returned to find the squeeze passage had collapsed and could lead deeper still. This year, the probe successfully discovered new depths:

“It [the robot] was as deep as its rope could go, but the bottom was still nowhere in sight.” 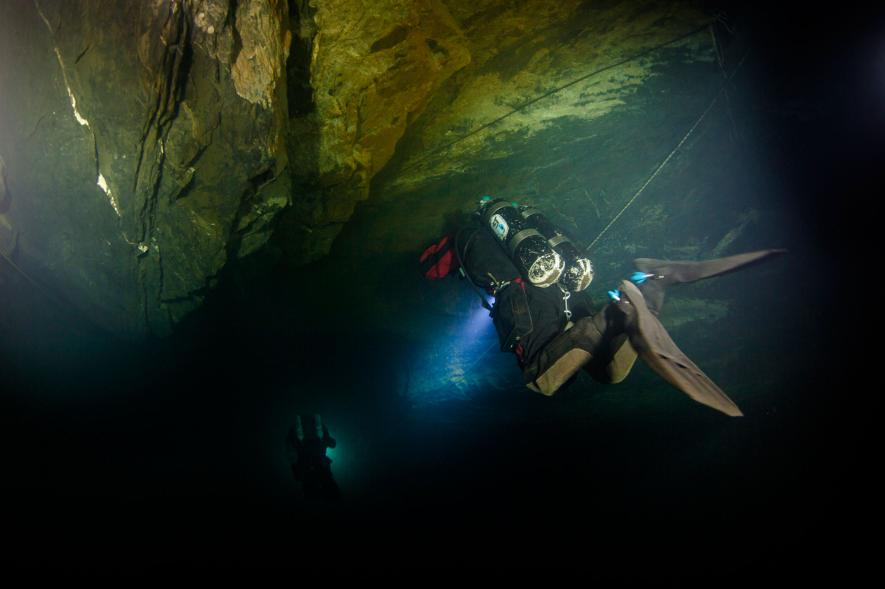 "The dive on September 27 was one in the long series of dives that I did in the last 20 years in Hranická Propast. They all had the same goal: to explore the cave further and deeper. As the expedition leader for the last several years, I've prepared the equipment and the route in and out for the ROV’s dive, so the ROV could go beyond the limits of a human diver, and get through the restricted passage and between the fallen logs and trees." 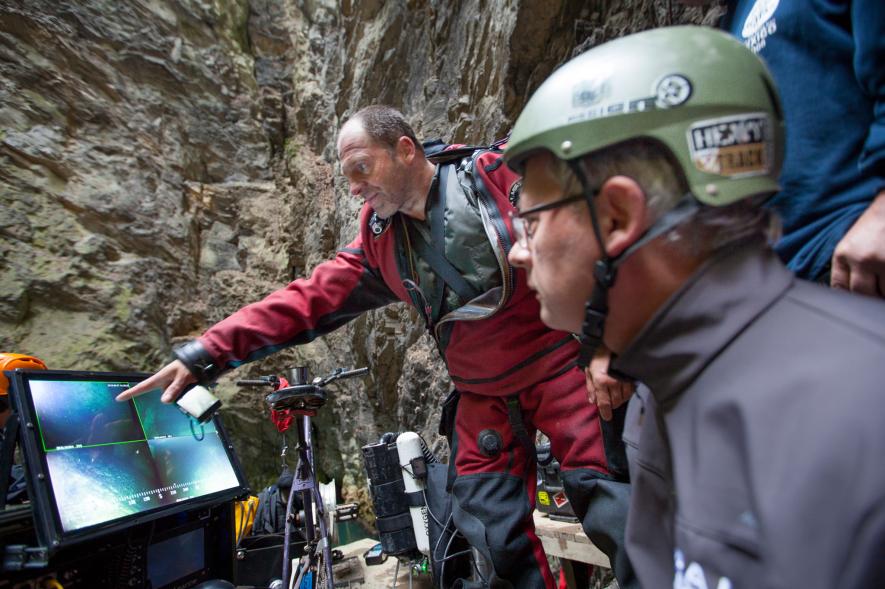 Starnawski says they used an ROV to reach the maximum depth, and the robot held the most important part of the push. According to him, he dived down to 200 meters to pave a new line for the robot to follow. Then they sent the robot down, as deep as its possible, and recorded 404 meters. 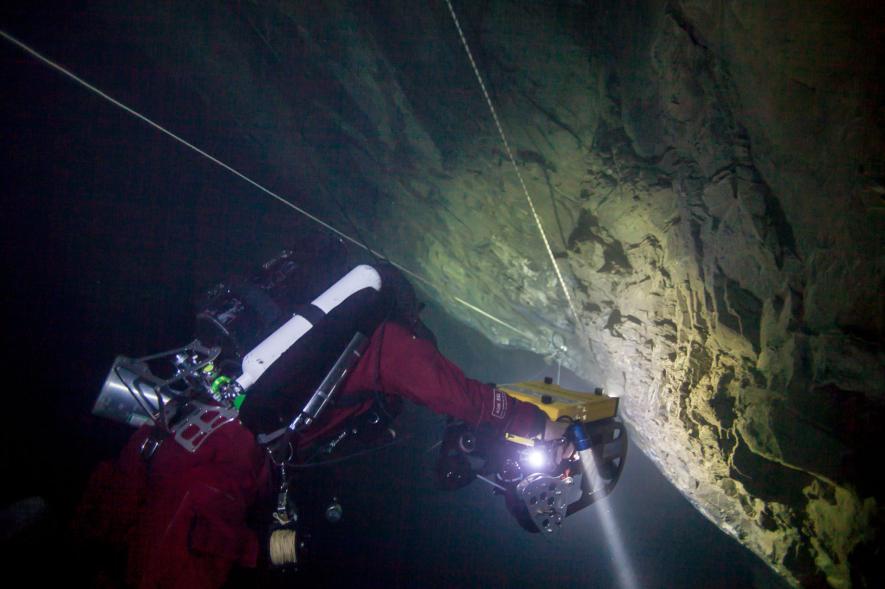 "I invited Bartlomiej Grynda from GRAL Marine, with his custom-built ROV, to send the robot as deep as possible to explore the cave. The results were astonishing. The goal was to give the ROV a good start from there to the deepest part of the cave. I came back to the surface, and then we went down with the robot to a depth of 60 meters (197 feet). From there, the team at the surface navigated it, via fiber-optic cable, down along my new line to 200 meters deep. Then it went down to explore the uncharted territory—to the record-breaking depth of 404 meters." 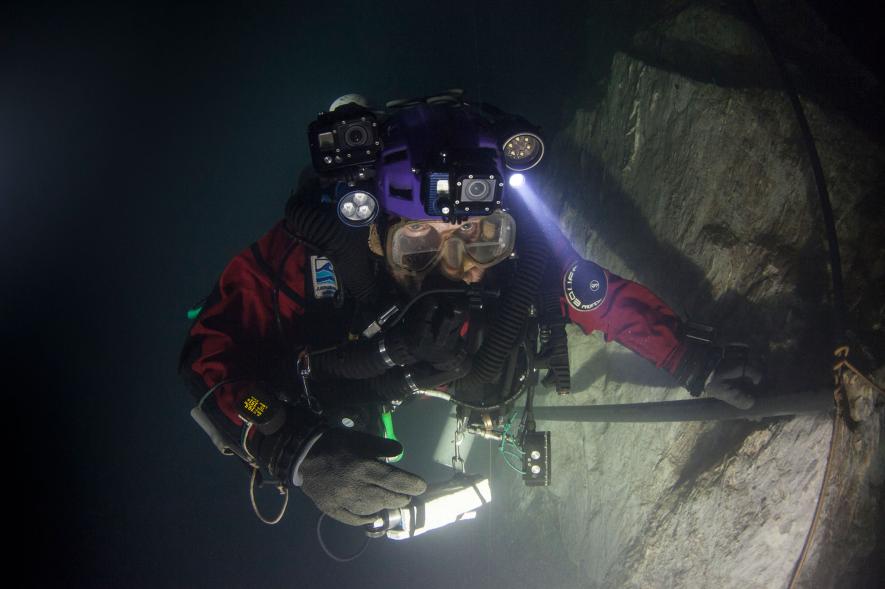 Starnawski couldn't immediately celebrate after his dive, however. He spent between two to four hours in the decompression chamber, a small room that allows divers to readjust to normal air pressures after spending excessive time in deep water. Starnawski came prepared. He read laminated books during his stay and enjoyed crime stories and political thrillers.

A US Navy Attack Submarine Sustained Damage After an Underwater Collision