Defamation Suit Against Elon Musk for Pedo-Guy Tweet Will Proceed

Last year, Elon Musk called British diver Vernon Unsworth a pedophile on Twitter and got himself sued for defamation. Today, a Judge rejected Musk's claim that it wasn't a serious accusation.

The defamation suit against Elon Musk brought by British diver Vernon Unsworth will go to trial after a judge rejected Musk's claim that his calling Unsworth a "pedo guy" on Twitter wasn't a real accusation of pedophilia.

Last year, Elon Musk called Vernon Unsworth a pedophile on Twitter after Unsworth publicly criticized Musk's claim that he could provide a submarine to rescue a trapped soccer team in Thailand, prompting Unsworth to sue the Tesla and SpaceX CEO for defamation. According to a new report in The Verge, a judge has just allowed Unsworth's lawsuit to proceed to trial, barring an out-of-court settlement.

Elon Musk just called one of the Thailand cave rescuers “pedo guy” on the basis that he lives in Thailand. pic.twitter.com/V86TcJcfVL

Elon Musk is being sued for slander, libel and assault for calling Vernon Unsworth, who helped rescue 12 boys from a cave in Thailand, a "pedo guy" on Twitter. pic.twitter.com/AFnXJrehQM

In trying to defend his tweet, after apologizing publicly, Musk tried to convince the court that he didn't mean it as an actual accusation. Derogatory exageration usually doesn't qualify as slander or libel, and the judge hearing the case said that had Musk simply let the matter be after his tweet, he'd have a much better defense.

The problem is that Musk emailed Buzzfeed afterward and doubled-down on the accusation, saying that Unsworth moved to Thailand to wed a 12 year old child bride without ever providing evidence. Those emails were enough to convince the judge that Musk's tweet wasn't a spur-of-the-moment insult thrown out in anger, but a sustained accusation and that Musk "purported to convey actual facts and even suggested that the BuzzFeed reporter call people in Thailand to confirm his narrative." 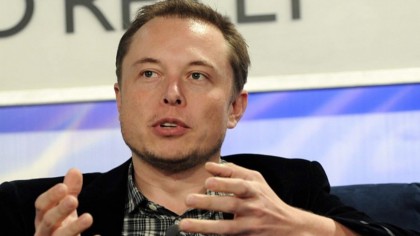 The case may end up being settled out of court, so it may not actually go to trial, but no one would blame Unsworth for refusing to settle and instead pushing ahead to trial given the nature of Musk's accusation against Unsworth. If being publicly accused of pedophilia isn't serious enough for someone to take their case to trial in order to clear their name and reputation, then I don't know what is.