The future got one step closer to the real world when Rheinmetall tested their new 50kw laser weapon. This happened in November, 2012, in Switzerland at the Ochsenboden Proving Ground. The new weapon was tested against several targets in order to display the improvements over the previous 10kw version. 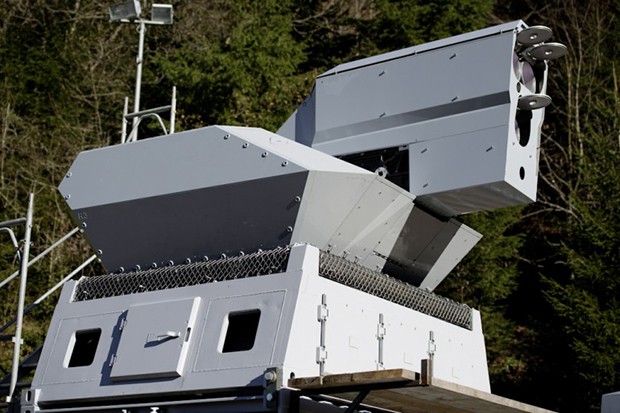 The Rheinmetall laser is a pair of two laser modules mounted on Oerlikon Revolver Gun air defense turrets with additional power supply modules. The 30 kW and 20 kW laser weapons are focused on a single target by the Rheinmetall's Beam Superimposing Technology (BST) . This provides the power of a single 50 kW laser. The company says that is possible building of a 100 kW laser weapon. 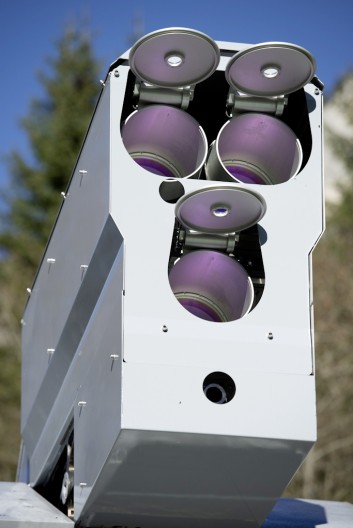 During tests the laser destroyed three targets. The first "victim" was a 15 mm-thick (0.59 in) steel girder that was pierced at a distance of 1,000 meters (3,281 ft). The second was a group of flying target drones which flew at speed of 50 m/s (164 ft/s), they were detected at 3 kilometers (1.86 mi) away and shot down at a distance of 2 kilometers (1.24 mi). Only few seconds passed between detection and destroying of the targets. The third test was a simulated mortar launch using a steel ball 82 mm (3.22 in) in diameter moving at 50 m/s. The 30 kW laser unit immediately tracked it before locking on and destroying the target. According to Rheinmetall, the time needed to knock out the “mortar” was fast enough to engage and destroy mortars at long range even in bad weather.

Rheinmetall is really satisfied by the test results, stating that the tests show that the system can operate in any weather condition along with fulfilling the energy and cooling requirements for laser weapon systems and delivering twice the power output for the same equipment volume of previous systems. The company intends to build a 60 kW laser demonstrator in 2013 and study how to integrate 35 mm Ahead Revolver Guns into the system, and also developing a mobile version.