Do you own a pair of lucky undies to wear to interview day? Perhaps a great pair of socks to put on for presentation day Sounds reasonable. How about if your lucky charm involved throwing loose change into a jumbo jet!?

This is what happened in China last week. An 80-year old woman about to board a flight cheerfully threw nine coins into the engine of her waiting plane. 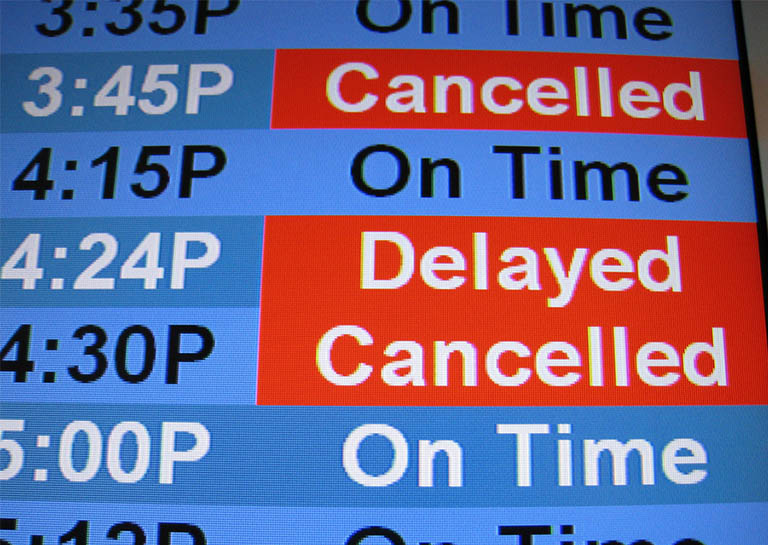 The flight was delayed for hours while airport officials scrambled to retrieve the coins before serious damage could be done.

The plane was leaving Shanghai Pudong International Airport when it was ‘blessed’ by the elderly lady. The airline made a statement saying the woman was taken into custody while the plane was delayed. The woman's neighbors reported she was a devout Buddhist.

If you were a passenger on the plane you might have thought the airline was trying to scam you out of your rightful compensation for lost time if you’d heard the announcement for the reason the plane was delayed.

Delayed flights are the bane of air travel

It wouldn’t be the first time airlines have come up with seemingly fake excuses why planes can’t get off the ground.

Delayed flights are the bane of air travel, causing missed connections and furious customers. Yet sometimes airlines just can’t help delays, even if the excuses for delays are verging on the ludicrous. Like the time A Thomas Cook flight from Cancun delayed passengers because it was ‘missing cutlery’. Or when A Scandinavian airline heading for Chicago asked passengers to wait while it tried to catch a mouse that had been spotted by airline staff running around the aircraft!

Passengers that experience delays in airports are often eligible for compensation. But the process can be really confusing and made worse by the lack of empathy, care or resources from the offending airline. There are a bunch of websites out there to guide you through the process. Many taking a little slice of the compensation for the effort. The good news is here in the form of, what else, but an AI bot.

The world's first AI-powered lawyer in the travel industry

Airhelp has been helping customers navigate flight delay compensation for a long time. And it now boosted its power with the launch of Herman. Herman is the world's first artificial intelligence (AI) powered lawyer in the travel industry.

Herman will be able to quickly determine if customers are eligible for compensation speeding up the process. Herman was fed with thousands of legal documents from over 30 jurisdictions. When a new claim is given to Herman, it uses its AI brain to compare the new information with what it knows, looking for similar details such as operating airline, departure airport, arrival airport and passenger country before suggesting the best options for legal action.

Herman works in a similar way to the DoNotPay bot who assists people to figure out if they should pay their parking fines. Airline compensation is a more complex field with rules changing across countries and airlines. It is estimated that only 2 percent of passengers eligible for compensation will file for what they deserve. Herman will reduce the time it takes to submit a claim by 1200% radically changing the way flight compensation will be tackled.