Noise pollution is a huge problem for all cities but Amsterdam is tackling this problem with a very beautiful solution.

The source of the noise is Amsterdam’s Schiphol Airport. The transport hub is located just 9 km out of the city center. But it isn’t just close, it's also really busy. More than 479,000 flights come and go from all over the world to the airport every year. That’s roughly 1300 flights every day! 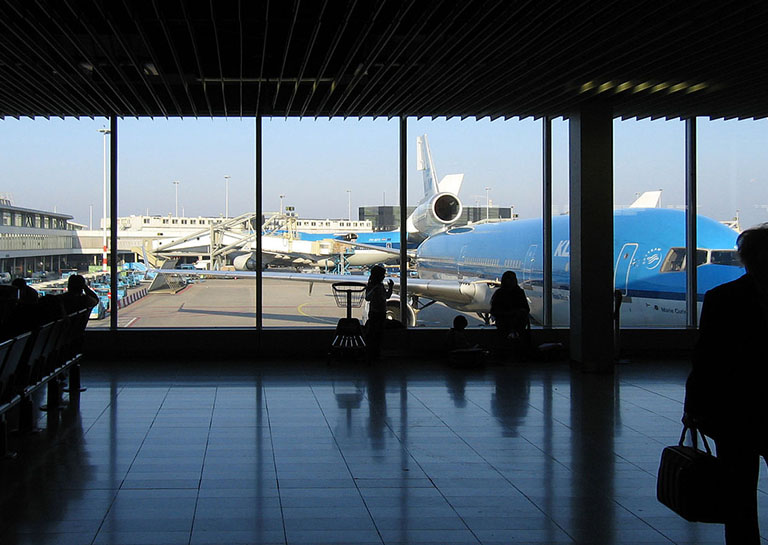 The site was originally chosen for its location because it was low-lying and flat. This type of area is known in the Netherlands as a polder. This particular area wasn’t only a good location for an airport, it also became intensely populated with residential accommodation. As the airport moved from a military base to a commercial airport, the noise levels increased as did the complaints from residents. In 2003, the airport constructed its longest runway and the noise related to landing aircraft could be heard 28 kilometers away.

It is exactly the topography that makes it a great airport sight, that also makes it a problem for noise pollution. The low-lying area, devoid of valleys or hills means sounds can travel without interruption.

Landscape architects called in to tackle the noise problem

The airport needed a solution to the problem that would combat the noise problem without disrupting the airport's service. They hired an architecture firm called H+N+S Landscape Architects and artist Paul De Kort to work collaboratively to try and figure out the solution. The airport staff actually had some ideas before they hired the firm. They had accidentally observed that the sound of the airport was quieter when the fields of the neighboring farms had been ploughed. With that in mind, they hired the firm, hoping that their landscape architecture expertise would help understand how the modified topography influences sound travel.

Paul De Kort and his team did research into the physics of sounds and stumbled upon the work of the German physicist and musician named Ernst Chladni. Chladni is sometimes referred to as the 'grandfather of accoustics'. The design team used his principles to design a series of hedges and ditches southwest of the airport. They sit approximately 36 feet apart, the distance of the wavelength of the airport noise. The simple design intervention has caused the noise levels from the airport to drop by half. 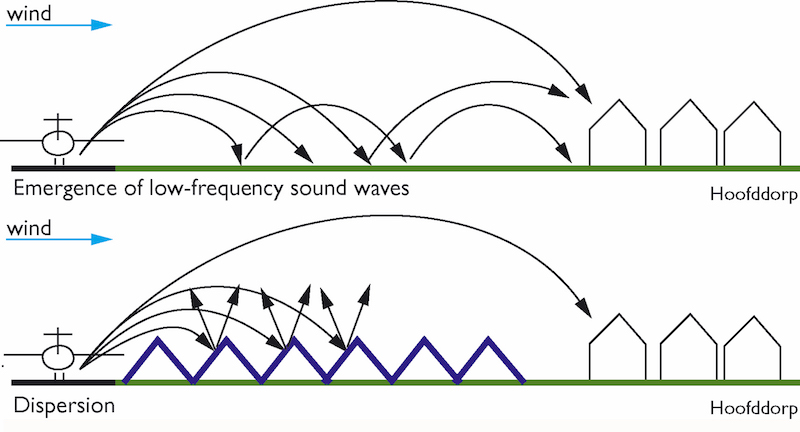 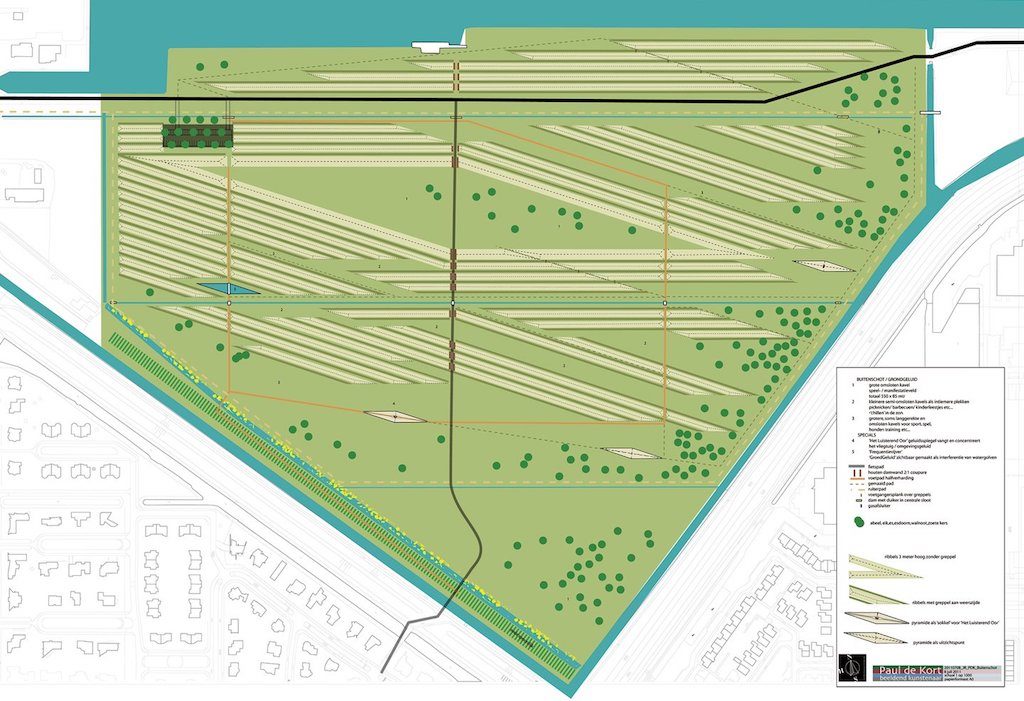 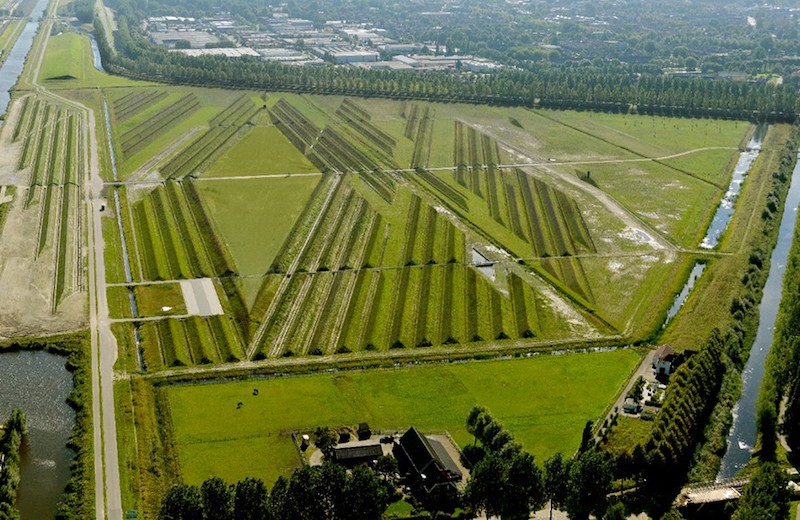 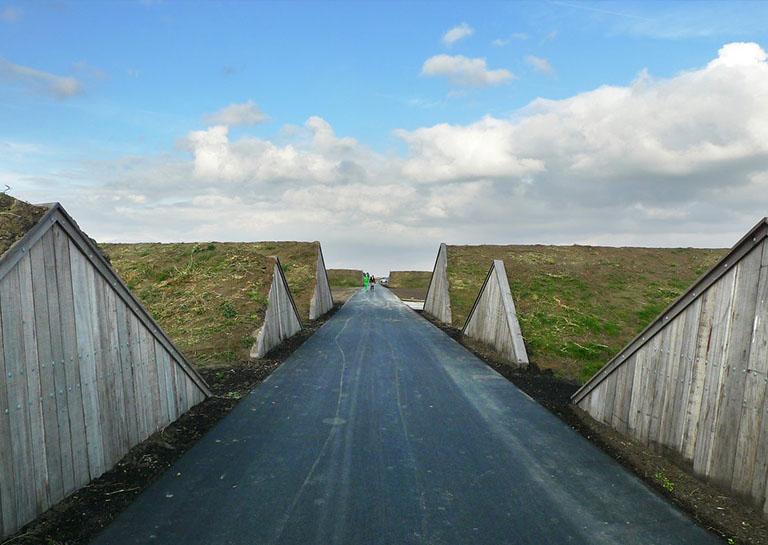 Not wanting to stop their Kort and his team worked further with the airport to develop a park around the entire airport called  Buitenschot. The park can be accessed via bicycle paths that run through the site as well as a crisscrossing pedestrian network. 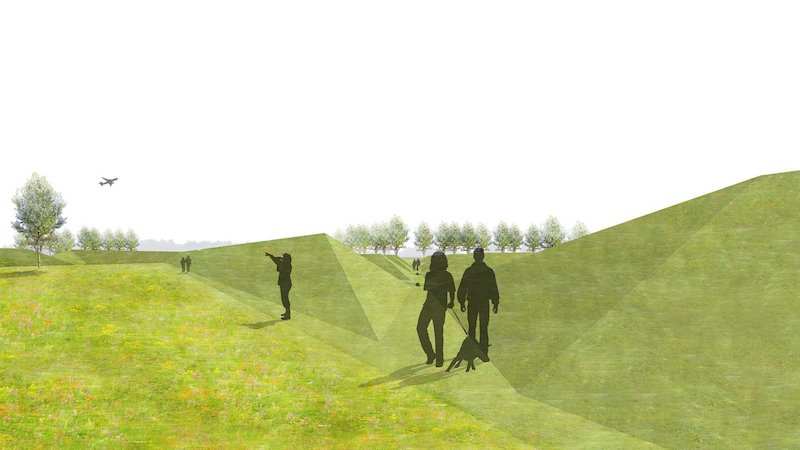 The park is also home to special acoustic artworks. One called the “Listening Ear,” is a specially designed parabolic shaped dish that amplifies the sound coming from far away. Visitors can also enjoy the artwork, “Chaldnipond”, a diamond-shaped pond whose bridge contains a mechanism that can create patterned waves in the water underneath.