The China Tribunal, an independent committee investigating reports of forced organ harvesting in China, has issued its final verdict and its conclusions are horrifying.

In an absolutely gruesome report, an independent tribunal examining claims of illicit organ harvesting in China found sufficient evidence that China's abundance of transplantable organs were largely taken from detained Falun Gong members and possibly the persecuted majority-muslim Uigher minority, approaching the threshold to be declared a full-on genocide of these groups.

The China Tribunal, an independent committee of human rights experts, lawyers, and a transplant surgeon sitting in London, issued a horrific report that found there was overwhelming evidence of the forced harvesting of organs from detainees in China, including members of the Falun Gong sect and possibily the Muslim-majority Uigher minority, as well as others.

The chairman of the China Tribunal, Sir Geoffrey Nice QC, one of the prosecutors of Slobodan Milošević at the internaional criminal tribunal for the former Yugoslavia, said back in December while announcing their interim findings that "[the Tribunal's] conclusion shows that very many people have died indescribably hideous deaths for no reason, that more may suffer in similar ways and that all of us live on a planet where extreme wickedness may be found in the power of those, for the time being, running a country with one of the oldest civilisations known to modern man.”

Nice added that "there is no evidence of the practice having been stopped and the tribunal is satisfied that it is continuing."

In a statement accompanying the release of the summary report of their findings, the China Tribunal states that "[f]orced organ harvesting has been committed for years throughout China on a significant scale and that Falun Gong practitioners have been one – and probably the main – source of organ supply."

The Tribunal also expressed alarm that the more recent persecutions of the majority-Muslim Uigher minority in China--including reports of concentration camps--makes them a likely target of this forced organ harvesting as well.

"The concerted persecution and medical testing of the Uyghurs is more recent and it may be that evidence of forced organ harvesting of this group may emerge in due course," the report said.

The accusations made by the China Tribunal are as serious as they come, so the evidence must be carefully assessed--the full report can be downloaded as a PDF here--, but this didn't just come out of nowhere. The fact is that China has harvested organs from executed prisoners in the past; China itself acknowledges that this was the system it used as recently as 2015, after which China claims the practice ended and the country moved to an entirely-voluntary, non-prisoner donation system.

This announcement to voluntary donations still came nearly a decade after the first major western reporting on the practice was published in the book Bloody Harvest, by David Matas and former Canadian MP David Kilgour, in 2006. For several years after, reports of the practice continued to circulate, even prompting hearings in the US Congress [PDF] in 2012.

At the heart of all of this is the case of the spiritual and exercise movement known as Falun Gong. The Chinese government officially banned the Falun Gong movement in 1999 as a religious cult and began cracking down on its practitioners, a situation that continues to this day. In the nearly decade and a half since Matas and Kilgour's book, reports of ongoing organ harvesting from prisoners, principally Falun Gong detainees, has been fairly constant.

The difficulty, as a 2016 New York Times report points out, is that the numbers involved--some claim over a 100,000 a year--sound outlandish, especially when presented by Falun Gong adherents, who Matas and Kilgour argue sometimes face a credibility problem in the west.

Raised in a country where the only officially accepted mode of political communication is propagandistic zeal for the State, Matas and Kilgour believe that Falun Gong adherents can come across as hysterical to westerners unaccustomed to this style of messaging, making the accounts of Falun Gong adherents and the figures they present of forced organ harventing operations seem like gross exageration to a western audience--especially the western press.

"The Falun Gong community, they don’t read the reports [of Human Rights NGOs],” Matas, a human rights lawyer, told the Times. “They don’t talk the human rights language, and they’re disorganized. Everybody does what they want.”

The other problem is that the victims of forced organ harvesting cannot tell the story themselves, since they are dead. The only ones who can testify to the crime are the families and friends of the killed, and if your beloved parent, spouse, or child was carved up for body parts for wealthy western transplant recipients--yeah, you would almost certainly be somewhat traumatized and hysterical about their ghastly end.

Moreover, the numbers collected and presented by Falun Gong practioners aren't all that out of line with what other investigators have found. One of the principal pieces of evidence for the ongoing practice of organ harvesting is the chasm of difference between the official tally of organ transplants provided by the government and the number of transplant operations documented by investigators and rights advocates that are performed at individual hospitals.

This and the testimony of witnesses, including doctors who had practiced and performed transplants in China, lead the China Tribunal to conclude that the only explanation was that contrary to government claims, the practice of organ harvesting never actually stopped. They assessed the true number of organ transplant surgeries in China to be around 90,000 a year, far more than the Chinese government's official number, which is around 10,000.

"The Tribunal has had no evidence that the significant infrastructure associated with China’s transplantation industry has been dismantled," the Tribunal concluded, "and absent a satisfactory explanation as to the source of readily available organs concludes that forced organ harvesting continues till today."

The Tribunal extended an invitation to the Chinese government to provide its own evidence on the issue, but cooperation has been nearly non-existent. While this might appear like China has something to hide, it should also be noted that the Tribunal, even with its distinguished membership from various legal and human rights organizations, do not hold back with legal niceties when addressing the issue.

"Governments and any who interact in any substantial way with the [People's Republic of China]..." they said, "should now recognise that they are, to the extent revealed above, interacting with a criminal state."

The Case of China's Falun Dong, and Possibly of the Uighers as Well, Approaches Genocide

If the evidence presented is even somewhat accurate, this would still mean that thousands of prisoners and other political detainees are likely being executed and having their organs harvested to make up this difference between the voluntary supply and the demand for organs, which includes a sizable number of wealthy, overseas patients who would otherwise have to wait for months or even years for a donor organ.

The Guardian notes that there are growing calls for governments to ban travel to China for the purpose of transplant surgery to cut off the demand that is incentivizing the practice, but as others point out, forced organ harvesting in China goes beyond the black market income it generates.

According to the China Tribunal report, the only legal element necessary for the crime of genocide that they could not definitively establish was the "very specific intent" to commit genocide against the Falun Gong sect or the Uigher minority, but being able to definitively determine that intent and drawing a reasonable conclusion based on available evidence of that intent or two different things. Unable to legally determine the former, the China Tribunal had no doubts about the latter:

"The Tribunal notes that forced organ harvesting is of unmatched wickedness even compared – on a death for death basis – with the killings by mass crimes committed in the last century. There is justifiable belief in the minds of some or many – rising to probability or high probability – that Genocide has been committed. 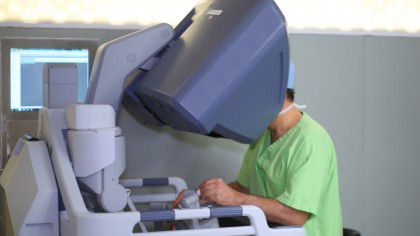 "In line with this, and by considering the evidence and the law, there can be no doubt that there is a duty on those who have the power to institute investigations for, and proceedings at, international courts or at the UN to test whether Genocide has been committed. They should act immediately to determine accountability for any acts contrary to the provisions of the Genocide Convention."

"Commission of Crimes Against Humanity against the Falun Gong and Uyghurs has been proved beyond reasonable doubt...[emphasis original]."