A grassroots organization is training volunteers how to reconnect their neighborhoods to the internet.

Communities in Detroit are building their own internet services. The Detroit Community Technology Project is a grassroots organization aiming to close the gap between unserviced community members and the meagre services that do exist in the area. They have started the project by identifying three neighbourhoods that have been unable to have internet installed and rigged an antenna from the highest building in the street to provide high-speed internet to people's homes. They call it the Equitable Internet Initiative. Director of the program, Diana Nucera says, “When you kind of think about all the ways the internet affects your life and how 40 percent of people in Detroit don’t have that access you can start to see how Detroit has been stuck in this economic disparity for such a long time.” The Federal Communication Commission has said that only seventy percent of school-aged children in the city have no internet access at home in Detroit.

The lack of access to the internet doesn’t just come down to cost. While the internet is expensive for many of Detroit's inhabitants, many of whom have been out of work for several years, the infrastructure in the area also poses a problem. Due to the economic depression in the area, many large telecom companies have not maintained or upgraded the infrastructure in the area. The streets of Detroit are reportedly lined with dark fiber optic cable that’s not connected to any homes or businesses. A replica form a more prosperous time, but one that does provide an opportunity now for groups like Nucera’s. 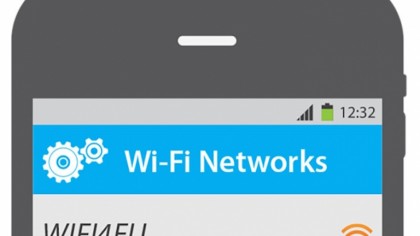 The project started last summer and has been gathering volunteers who take on jobs ranging from internet literacy to installing routers and pulling fiber. Many of the volunteers known as stewards offer to help, despite having little expertise or prior knowledge in the field. This is overcome with a 20-week-long training period. After the training, each person is equipped to install, troubleshoot, and maintain a network from end to end. The project also has a goal to spread digital literacy, to give people true digital autonomy. Rita Ramirez, one of the stewards working on the project in Detroit’s Southwest neighborhood says, “We want to make sure that we’re not just installing all the equipment, but also educating the community."

Intranet could save lives

The group has a particular focus on their education and training to build a knowledge base around the intranet that will be created from the connection of homes on the same shared wireless connection. The group hopes this intranet could be used to build community tools like forums and emergency communication networks that are secure, safe and totally managed by locals. The building of this internet connection is just one step of many by Detroit to turn itself around from place of economic disaster to once again a place of thriving healthy communities. Improving internet access has the ability to help increase health, education and safety of the city's residents. “Communication is a fundamental human right,” Nucera said: “This is digital justice.”