We have covered the interesting things that developer Nick Lee has done before, like loading Windows 95 onto an Apple Watch, and now he has taken his skills to the next level. Through a little custom circuitry and programming design, he was able to build a phone case that allows an iPhone to run Android OS seamlessly through an app. With the help of the Android Open Source Project, he was able to clone the marshmallow operating system and get everything to run on a board he bought for the project. He then 3D printed a custom phone case enclosure and installed everything. Check out the project in the video below.

It took a few iterations of the project to reach the slimmed-down design that the android case is currently in. Other than being able to run Android, Nick also equipped the case with an HDMI port, USB port, and SD card slots. The uses for this case are endless, I mean, who doesn't want to run Android on an iPhone, that's why you buy an iPhone right? Okay, I'm being told that's not why you buy an iPhone but this is a cool programming and hardware trick nonetheless. 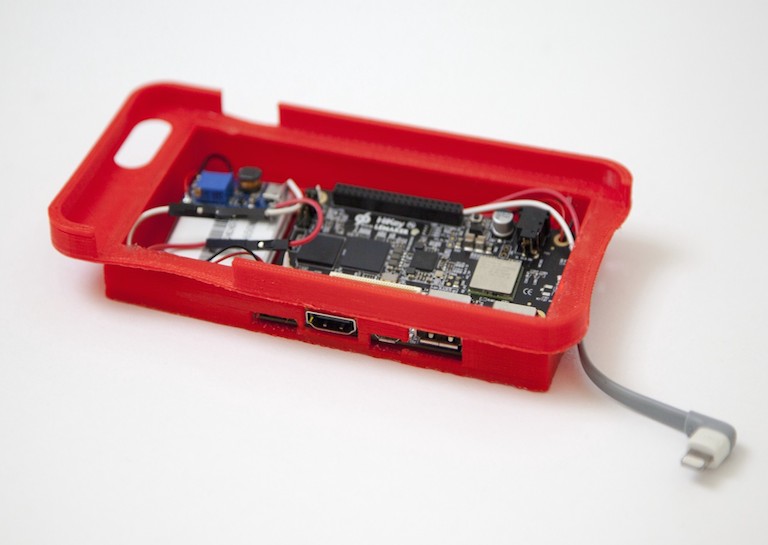 Nick is able to boot the Android OS through a custom Tendigi app, a tech company where he is CTO. Even Nick himself admits that this phone case is by no means practical, but the point of the project was to show that with just a little work, you can program around every obstacle. The whole project took about a week, which really puts into perspective how hard overriding Apple's firmware and even running an open source Android OS on the phone really is.