The research is still at its earliest stages but it could one day see the creation of a novel form of sustainable electricity production.

Outside of the scientific community, most of us only think about the role of gut bacteria, or gut flora, when food poisoning strikes, and we attempt to theorize a link to our ailment. The microbiota serve a number of purposes, many of which we are still discovering, from their role in blood type conversion to their neural role as part of the functioning of the enteric nervous system. 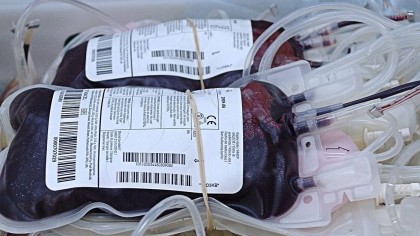 A team of scientists from the University of California Berkeley (UC Berkeley) have now demonstrated that some of the special bacteria possess electrical properties. The researchers used Listeria monocytogenes, the pathogenic bacteria that cause the common infection of listeria, which accounts to 260 deaths in the US alone each year.

They found that the bacterium uses a process known as extracellular electron transfer (EET), which involves transfer of the elements from the cytosol, or intracellular fluid, to the outer region of the cell. Although the researchers focused their study exclusively on this bacterium, they feel that the same electrogenic transfer process exists in a number of other gut bacteria.

Beyond the potential to use this research to deepen our understanding of bacteria's interaction with various probiotics, the researchers also believe that it will answer questions about some of the processes these bacteria use to prolong their life.

“It seems that the cell structure of these bacteria and the vitamin-rich ecological niche that they occupy makes it significantly easier and more cost effective to transfer electrons out of the cell,” explained first author and UC Berkeley postdoctoral fellow Sam Light.

Once the picture of this process becomes clearer, it then becomes easier to assess the possible role that bacteria can play as a conduit for generating and then transferring small electrical currents.

To test this idea, Caroline Ajo-Franklin, a scientist from the Lawrence Berkeley National Laboratory (LBNL) Molecular Foundry, set up an electrode. Although relatively small electric currents were observed--which did not exceed 500 amps--she observed a consistent and even generation of electricity using this electrogenic bacteria.

This indicates that although we shouldn't exactly plan on bacteria coming to the rescue any time soon in any energy crises, it is a sustainable option, and more importantly, a viable option. According to the team involved with the study, their research is only the beginning of unlocking the potential of this bacteria, establishing more links to other areas of science over time.

“This is a whole big part of the physiology of bacteria that people didn’t realize existed, and that could be potentially manipulated,” Light said.

Details of the study were shared in an article, titled "A flavin-based extracellular electron transfer mechanism in diverse Gram-positive bacteria", which was published on Wednesday in the Nature journal.