Certain automakers' cars could be producing 16 times more emissions on the road than in regulatory tests, according to MIT researchers.

Volkswagen made headlines in 2015 when it was exposed for cheating on federal emissions testing in the United States. The German auto company programmed emissions control devices to activate only during lab testing, allowing 11 million vehicles to meet those emission standards. 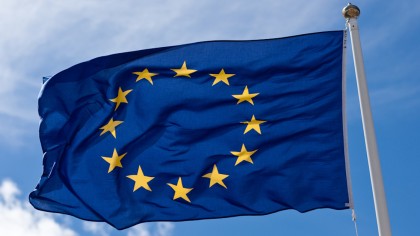 This meant millions of vehicles were producing emissions up to 40 times higher than the federal limit in real-world driving conditions.

Now, a new study from the Massachusetts Institute of Technology revealed this could be a far more common occurrence than expected, especially in Europe. The MIT team studied 10 major automakers that produced diesel cars and models between 2000 and 2015.

On the whole, the team found that those cars created up to 16 times more emissions on the road than in regulatory testing.

These levels violate European limits on emissions. However, they do not violate the EU laws regarding emissions.

The researchers also noted extensive health issues, and have even linked 2,700 premature deaths per year across Europe to these emissions.

The issue, as the MIT researchers note, is "transboundary." This means the diesel emissions produced in one country affect the environment and population of another country thousands of kilometers away.

“You might imagine that where the excess emissions occur is where people might die early,” said study author and Raymond L. Bisplinghoff Professor of Aeronautics and Astronautics at MIT Steven Barrett. “But instead we find that 70 percent of the total [health] impacts are transboundary. It suggests coordination is needed not at the country, but at the continental scale, to try to solve this problem of excess emissions.”

The study looked at nitrogen oxide emissions. When the gas oxidizes and reacts with atmospheric ammonia, it forms particulates. Those particles, when inhaled, can lodge into lung tissue and lead to asthma, pulmonary diseases and cardiac struggles.

“There are many times the number of diesel cars in Europe compared to the U.S., partly because the EU started pushing diesel for environmental reasons, as it produces less carbon dioxide emissions compared with [gasoline],” Barrett said. “It’s a case where diesel has probably been beneficial in terms of climate impacts, but it’s come at the cost of human health.”

The 10 major auto makers used in this study included: Volkswagen, Renault, Peugeot-Citroën, Fiat, Ford, General Motors, BMW, Daimler, Toyota, and Hyundai. These cars make up 90 percent of the cars on the road in Europe.

“Initially manufacturers were able to genuinely meet regulations, but more recently it seems they’ve almost tweaked knobs to meet the regulations on paper, even if in reality that’s not reproduced on the road,” Barrett said. “And that’s not been illegal in Europe.”

The team used a chemistry transport model that simulated the movement of particles through the air over time. They overlaid that movement with a population map of the EU to see which people groups were most at risk for these emissions.

“The variation across manufacturers was more than a factor of five, which was much bigger than we expected,” Barrett said.

“The solution is to eliminate NOx altogether,” Barrett further noted. “We know there are human health impacts right down to pre-industrial levels, so there’s no safe level. At this point in time, it’s not that we have to go back to [gasoline]. It’s more that electricification[sic] is the answer, and ultimately we do have to have zero emissions in cities.”

However, there is hope. The researchers estimated that if all 10 manufacturers studied improved emissions technologies to perform at their optimum performance, 1,900 deaths each year could be avoided.

“That’s pretty significant in terms of the number of premature mortalities that would be avoided,” Barrett said.

World Population Will Be a Lot Lower Than Predicted by 2100, Study Says

Waste PPE Could Be Converted Into Biofuel, Study Says