Diesel Cars Are Cleaner Than Some EVs, New Study Suggests

Germany's top auto industry consultancy claims it would take more than 10 years for an electric car in the country to break even with an efficient combustion engine’s overall emissions.

The last few years have seen a clear rise in electric vehicles (EVs) with even the world's biggest conventional automakers making plans to go electric. Increasingly, more and more industry experts are speculating we may see a switch to a 100% EV adaption sooner than we think. 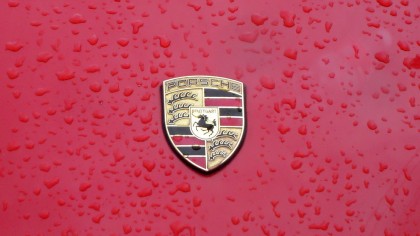 Among the many reasons for choosing EVs, perhaps the most compelling one is their universally acknowledged environmentally friendly nature, a much-desired trait in a world threatened by impending climate change.

Now, German automotive consultancy Berylls Strategy Advisors, which describes itself as the "only relevant top management consulting firm working exclusively for the auto industry," is saying EVs may not be the eco-friendly champions the world so desperately needs.

Before you worry that these electric dream machines may actually release carbon emissions, rest assured this is not the case. Rather the environmental weakness of these cars lies in the production of their lithium-ion batteries, states the consultancy's new research.

Depending on where EVs are manufactured, the energy required to make their batteries results in a high carbon footprint. So high in fact that the automotive experts estimate that an "electric vehicle in Germany would take more than 10 years to break even with an efficient combustion engine’s emissions."

"Electric cars appear to be the panacea and reduce emissions by 35 %. After all, electric vehicles do not emit any carbon dioxide while driving – at least that is a widely held opinion," said Dr Jan Burgard, managing partner at Berylls in a LinkedIn statement.

"However, from well to wheel, they do not really improve the situation. After all, electricity generation – including for electric cars – is still strongly dependent on fossil fuels in many EU countries. The climate does not care whether carbon dioxide comes from the exhaust pipe or whether it is released when lignite is burned to generate electricity or in energy-intensive battery production," added Burgard.

According to Berrylls' study, building a 500 kilograms (1,100 pounds) EV car battery or bigger in a fossil fuel-powered factory would result in up to 74% more carbon emissions than producing an efficient traditional vehicle. And Burgard feels it is time to consider the diesel approach if we want to reach the 2030 EU CO2 targets.

"I miss a technology-agnostic discussion of available solutions, which also includes the potential of the currently demonized diesel engine. We will need it in order to achieve the EU's climate targets," argued the partner.

Others, however, are not convinced of the research's legitimacy. The report has already started seeing some backlash with many taking to Twitter to say the consultancy is biased considering where its funding comes from.

However, it may be worthwhile to consider how dirty the battery making process really is and implementing appropriate adjustments. With energy companies moving toward greener initiatives, a clean battery producing journey may be possible soon, making EVs the true environmental heroes they are meant to be!

Can Transient Plasma Ignition Save the Internal Combustion Engine?