Discarded Robot Dogs in Japan are Honored with Funerals

A company that collects discarded Aibos gives the robotic pets a proper funeral before using their parts.

Over 100 pet dog robots received a funeral worthy of their human owners in Japan last month. The story reported by Japan Times said the ceremonies featured all the traditions one would expect to see at a real funeral.

The funerals took place at the 450-year-old Kofukuji Buddhist Temple in Isumi and the robot dogs were sent there by electronics and vintage repair company A-Fun Co. The company has sent over 800 Aibos dogs to receive this special treatment over the years.

The original Aibo was first launched in 1999 then taken off the shelves seven years later. Initially, the robots could be serviced at the Aibo Clinic but that facility was also shut down in March 2014.

This is where A-Fun stepped in. The company began collecting unwanted and discarded Aibos to effectively be used as organ donors.

As Sony is no longer producing the first version of Aibo, the only hope for owners of damaged pets is to send them to A-Fun and hope a suitable part can be found from the company's collection of out-of-commission robots. But before using these Aibos’ parts, the company ensures them a proper funeral.

Nobuyuki Norimatsu, who heads A-Fun, told the Japan Times this is because he genuinely believes the robots have souls. “We’d like to return the souls to the owners and make the robot a machine to utilize their parts. We don’t take parts before we hold a funeral for them," he explained.

The sentiment was echoed by the priest conducting the memorials. “All things have a bit of soul,” he added.

The pets' former owners also seem to hold those convictions. Many of these decommissioned robots are sent with letters from their owners describing what these pets meant to them.

“Please help other Aibos. Tears rose in my eyes when I decided to say goodbye,” wrote one former pet owner. This is no surprise considering Sony built these machines to bond with humans.

“Aibo can form an emotional bond with members of the household while providing them with love, affection, and the joy of nurturing and raising a companion. It possesses a natural curiosity, and we hope it will bring joy into the everyday lives of our customers while growing alongside them as a partner,” said a Sony press release in 2017. 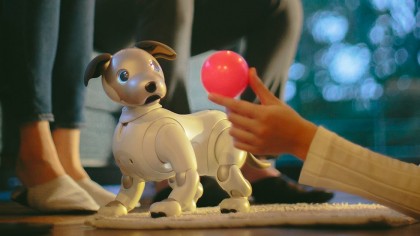 The most recent version of Aibo was launched in Japan in January 2018 and sold 11,111 units in the first three months despite costing 198,000 yen and featuring a monthly charge of 2,500 yen for cloud-based services that can program new behaviors.

The robot has been redesigned to look cuter and is now equipped with OLED eyes that can produce a variety of facial expressions. Aibo is still currently only available in Japan although there have been talks that the lively companion may soon find its way to China and America.

How Many Hot Dogs One Can Eat in Ten Minutes, Study Discovers