Discount Store Recalls Prank Knives Turned Out to Be Real

Daiso, the popular 100 yen discount chain store has issued a voluntary recall on Dokkiri Cutter prank knives after the packaging mixup was discovered.

Prank toys are all fun and games until someone loses an eye or in this case a finger. Massive Japanese discount chain Daiso has discovered it may have inadvertently been causing serious damage to its customers after a packaging mix up led to razor-sharp knives being sold as toys.

The Dokkiri Cutter (“Prank Cutter Knife”) is a sure fire way to entertain your friends. It looks like a standard retractable box cutter, but the clever knife features a dull blade and a semi-circular cut-away indention that when placed over your finger makes it look like you have cut deeply into your own flesh.

Prank knife will make you popular at parties

The packaging promises the prank will be “an absolute hit at parties.” A YouTube video advertising the knife shows just how realistic it can be.

Unfortunately, it seems that realism has come too close to home after a customer at Tokyo’s Chuo Ward returned a Dokkiri Cutter after noticing that it didn’t have the semicircular indentation it was supposed to. Even more concerning was the fact the blade was razor sharp, not safe and blunt. 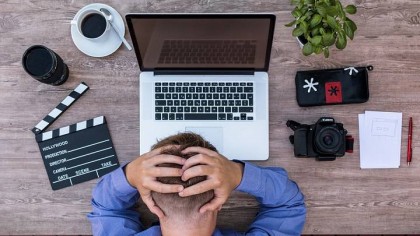 Staff quickly determined that this was not some sort of prank on prank and that there were other Dokkiri Cutter packages in the store that housed real knives and not their joke counterparts.

It turns out somewhere along the distribution process real utility knives had been mistakenly put inside Dokkiri Cutter packaging and had entered into the store's inventory without being noticed. Daiso has now suspended sales of all Dokkiri Cutters across all of its 3,000 stores in Japan.

It has also issued a voluntary recall of the product to safely take back any other real blades that might be lurking out there. In the meantime, we can only hope that the mixup hasn’t caused the loss of too many fingers from its main consumers, intoxicated adults and curious children.

Daiso is a popular store throughout Asia and North America where all products are sold for 100 yen or less. It’s a staple shopping point for topping up common household supplies like toilet paper and kitchen essentials.

It isn't the first time that Daiso has been scrutinized over the sale of unsafe products. Earlier this year the chain store was fined $355,000 AUD by the Federal Court of Australia for selling thousands of products that did not meet Australian product safety standards.

Australia cracks down on sale of unsafe products

These products ranged from projectile toys that posed risks to eyes and face, toys marketed at young children that had choking hazard potential and sunglasses without labelling. In addition to the fine, the company was ordered to compensate customers when they returned the non compliant goods as well as make the recall notices highly prominent in stores and on the company's social media sites.

YouTuber Transforms His Riding Lawnmower Into a Small Tank