Dubai unviels plans for Discus Hotel 10m below the water

Dubai has always been considered to be a place that is ahead of time and this is where you can often find the most luxurious and outlandish resorts and hotels. There is also the world’s tallest building here and many types of man-made islands off the coastline, including the Palms. So we were not that surprised when we heard that architects are going to take on a brand new challenge by way of a hotel that is half in and half out of the water, it will be an underwater hotel, offering bedrooms deep beneath the water.

The renderings look like something that could have come out of a sci-fi movie. They show what has been termed the Discus Hotel, a building that takes on the appearance of a spaceship, perched in the water on top of  a central column. This is said to be the first in several underwater hotels that are planned in the region. 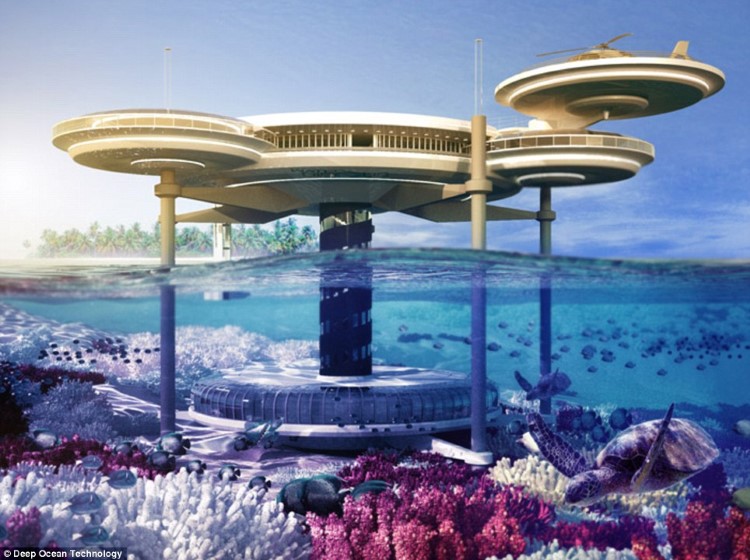 Deep Ocean Technology are behind the design of the underwater hotel and it was suggested a way of fulfilling the desires of holidaymakers to explore the oceans depths without getting wet.

A spokesperson for the Swiss company said, 'Today, the advent of new technology made the heart of the ocean a setting not only for diving, but also for luxurious holidays.'

The plans are for two main discs to make up the hotel, one of these will be situated above the water line and the other well below it. The discs are to be connected with three legs, which will be the housing for stairs and lifts, which will take guests staying at the hotel from the surface to below and vice-versa. 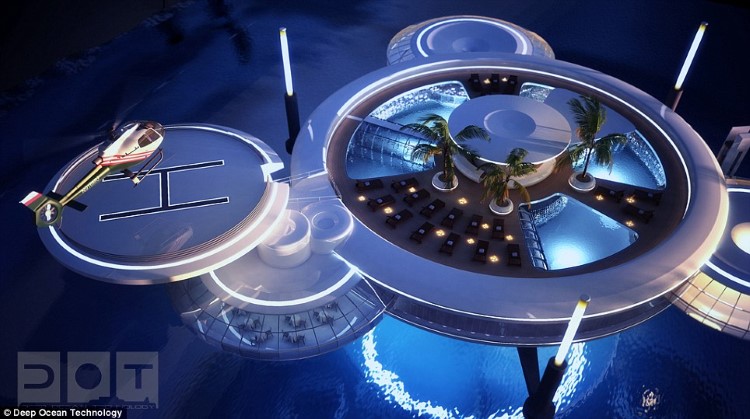 In this stunning design the guest’s bedrooms are located deep under the water while there is another room above it in another disc, so they can enjoy the surroundings and get some sun. The underwater rooms will be designed with special lighting so as to allow the guests to get the most spectacular views out into the ocean and see the sea life. The designers will also incorporate macro photography so that guests are able to zoom in and get a detailed view of even the smallest of sea creatures. 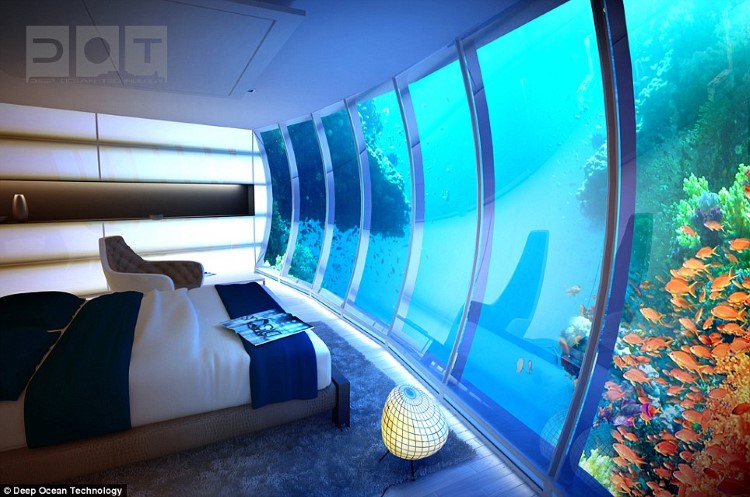 The underwater part of the hotel will be made up of 21 hotel rooms, these will be adjacent to a bar and submerged dive centre.

The top disc will be home to a restaurant, huge swimming pool and a spa. The design of the top disc has been planned to ensure that it would be able to withstand a tsunami and flooding, while the underwater disc for the hotel would automatically come to the surface in the event of danger. 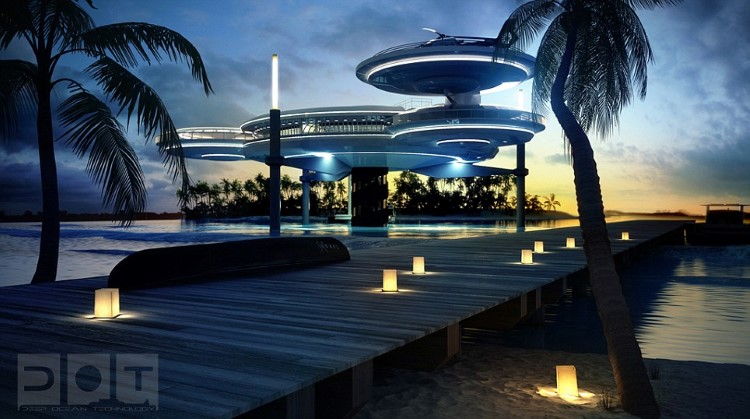 The developers of the World Discus Hotel are not the first to offer an underwater hotel experience. We have already seen this in the Maldives at the Rangali Island Resort. This has a glass dome over a bedroom where guests are able to spend the night; the resort also has an underwater restaurant. It has also been suggested that the Maldives will be home to a floating golf course, on islands, which have to be accessed via underground tunnels.