Disney Creates Room That Can Wirelessly Charge All Devices in It

The Disney Research group managed to create a full-coverage wireless power system for all devices in a room. A recently published paper in PLoS One details how the team provided 1900 watts with between 40 to 95 percent efficiency.

The research team described the importance of their work and the need for reliable wireless power:

"Wireless power delivery has the potential to seamlessly power our electrical devices as easily as data is transmitted through the air. However, existing solutions are limited to near contact distances and do not provide the geometric freedom to enable automatic and un-aided charging."

The prototype living room manages to power 10 objects, including a smartphone, lamp, an RC car and more.

The only downside is that the whole room had to be crafted to accommodate the wireless system. The most evident piece is a large copper pipe directly in the middle of the room. While the pipe itself isn't aesthetically pleasing, the name for the system makes up for it. Disney dubbed the whole process quasistatic cavity resonance (QSCR). 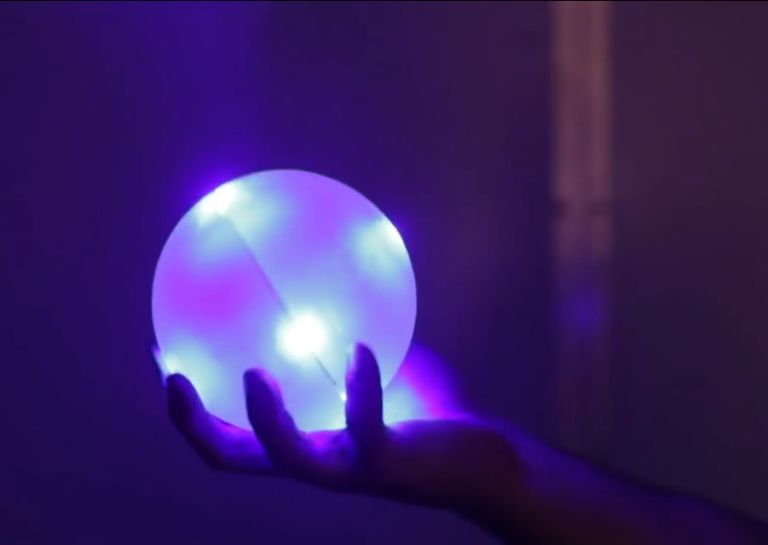 The pipe holds 15 capacitors in the middle. Once powered up, a magnetic field spreads throughout the room. A receiving coil is turned to resonate at the same frequency of other devices in the room.

The 1900 watts falls within government guidelines for specific absorption rates (SAR) - the measure of how much energy a human body can take in before causing harm. However, the devices need to continually be absorbing that energy to maintain a safe energy state throughout the room. The team also notes that people should stay at least 46 centimeters away from the pole for safety. 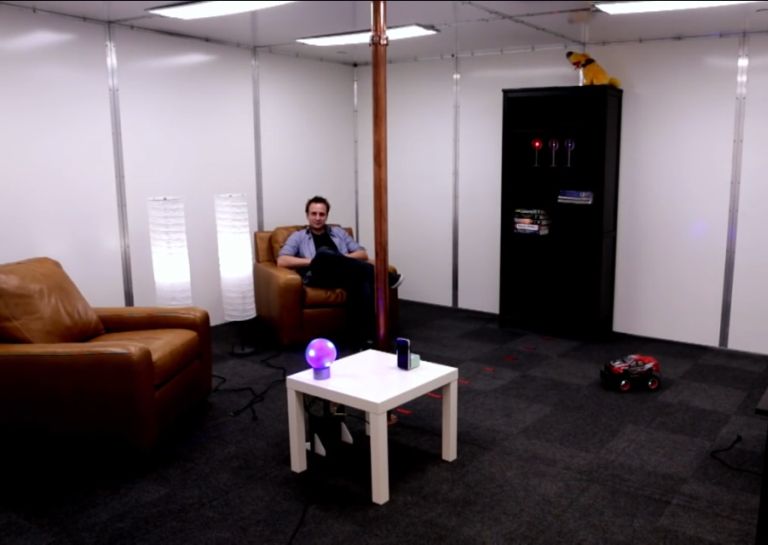 No word yet as to what Disney would specifically use such rooms for. Other research programs have had relatively simple applications. For example, the one-legged 'Tigger' robot could be scaled up and possibly used in animatronics or even merchandising for the company. Disney research also constantly pushes the boundaries of motion capture technology and CGI improvements. Those would obviously translate into their films.

But what of wireless charging rooms? Could this be something used to power attractions and park rides? Intricate wireless charging stations at the parks? Possibly something to be used in the animation studios in limited quantities? Until Disney confirms where they're taking this technology, it's all fun speculation.

You can read more about the entire process, including the metrics surrounding the research here.