Technology is increasing at an exponential rate with new advancements being made everyday. Since the introduction of 3D printers in 1983 by the inventor Chuck Hull, 3D technology has taken the world by storm. Advancements are being made in every area including 3D printed cars, houses, and even printed organs! Who knows what 3D printers will be capable of in the future. One thing is for certain though, 3D printers are EXPENSIVE.

That however, is all about to change. With 3D printers becoming very popular among business owners and hobbyists alike, the demand for a printer is very high. Fortunately an inventor from Tinkernut has devised an easy to follow tutorial on how to build a 3D printer- for under US$80.

Check out this video on how to make your own 3D printer from easy to find parts, and better yet, for cheap!

The concept behind a 3D printer is simple: have a mechanical arm capable of moving in 3 dimensions (up down, left right, forward and back), and have a sort-of glue gun that spits out plastic which is predetermined where to go by a computer program. Companies have been exploiting the 3 dimensional printing market by charging up to $304,000(!) for just one printer- when the technology to build one is almost entirely in your house already if you have an old computer with a mechanical CD drive! With a bit of knowledge of basic mechanics and simple soldering, you can build your own 3D printer fast and with ease. You can use it to build templates, design houses, impress your friends, or learn about the ever expanding technology that 3 dimensional printing has to offer. 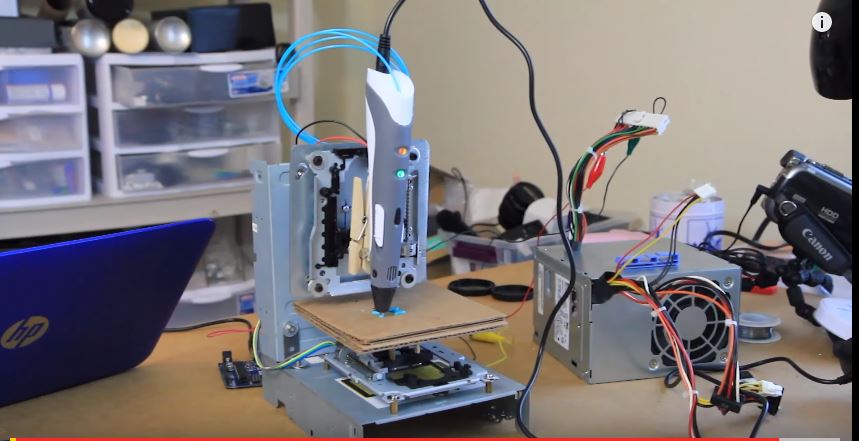 This project is simple, fun, and productive- but most importantly at the end you will have your own 3D printer that you made with your bare hands! (Sort of). No longer will you have to stare enviously at those people who have dumped hundreds of dollars, or maybe thousands on what you can do- for under $100!