Most, if not all of us, have a Gmail account. You probably have several. They are essential for logging into certain Alphabet owned sites like YouTube or Google Docs. Some of us have dedicated ones for personal emails and others to sign up to sites that you don't want to be bothered by. Well, we do anyway.

If you've used Gmail regularly for a while you'll be used to archiving, labeling and marking spam messages. Most of your time will be in your inbox, for obvious reasons, especially if you use it for work.

In the following article, we'll look at some handy tips to help speed up productivity as well as tips to help you tidy it up your inbox a bit. These are far from an exhaustive list and are in no particular order.

Go to the lab

Google labs have some cool stuff you should check out. One useful one is called Multiple Inboxes and there are many more. Have a look.

Anyway, there are a lot of additional tools and features in there that will save you a ton of time. Many of these have been on there for years and sadly ignored.

If it's your first time there, you might want some guidance. Lifehacker has a nice guide with ten great features, for instance. Google Labs has a wide selection of features some tailored to specific types of workers and your everyday inbox habits.

At the end of the day, you shouldn't pass up the opportunity to do a little exploration of Google Labs. People might not talk about them much, but your perfect labor saving feature might be waiting for you.  How exciting.

Many Google products have tons and tons of keyboard shortcuts. They can help you with things like pointing, clicking, mousing over stuff, looking for buttons or commands etc. If you type a question mark (well, shift and ? on a PC) on the Gmail screen a helpful list of them will pop up.

Sadly, this can't be left open if you want to do anything else with your Gmail account. You can either memorize them all or use one of many "cheat sheets" out there on the net. Good luck! You might have some trouble remembering them, to be honest.

You can use an application called KeyRocket for Gmail. This app will help you remember them if you try to do it the old fashioned way. That's nifty right? 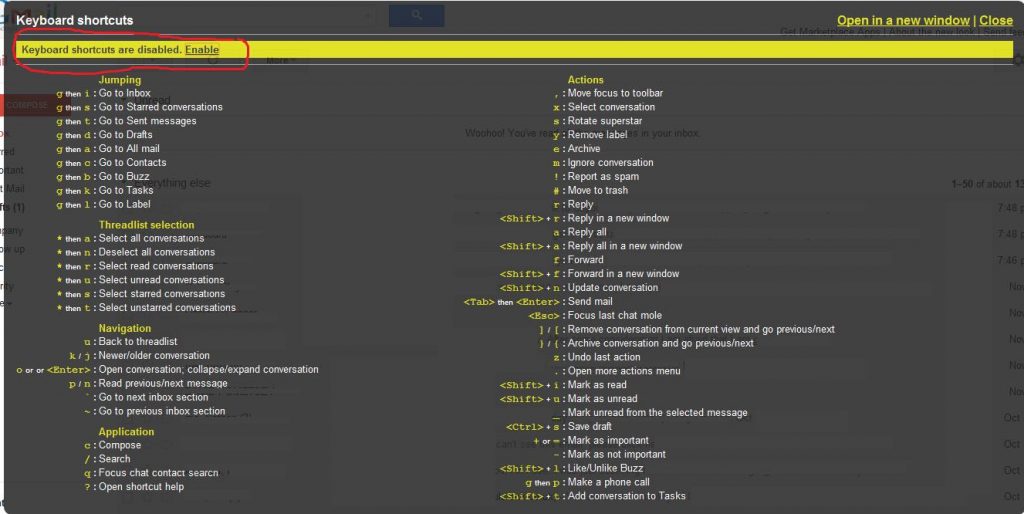 Oh man, I have to type that message out again for the umpteenth time. I wish I could save template messages on my Gmail. Wait right there trooper, you can! Head over to Gmail Labs and activate the canned responses feature.

We wish it was part of the default features, but hey ho we can have everything. Canned responses are a bit like text expansion for Gmail. This feature will save you a ton of time if you need to send the same or similar messages to many email addresses. This could be for query responses, sending information or reports or whatever.

Have you ever typed out a message you only intended to draft and not send but managed to send it anyway? Yeah, we've all been there. But did you know you could undo a sent message with Gmail? Yeah, we know, amazing!

The un-send ability used to be buried in the Gmail Labs, more on that later, but is now part of the default feature set. You'll need to activate it from Gmail settings. You can set an undo windows for 5, 10, 20 or 30 seconds. 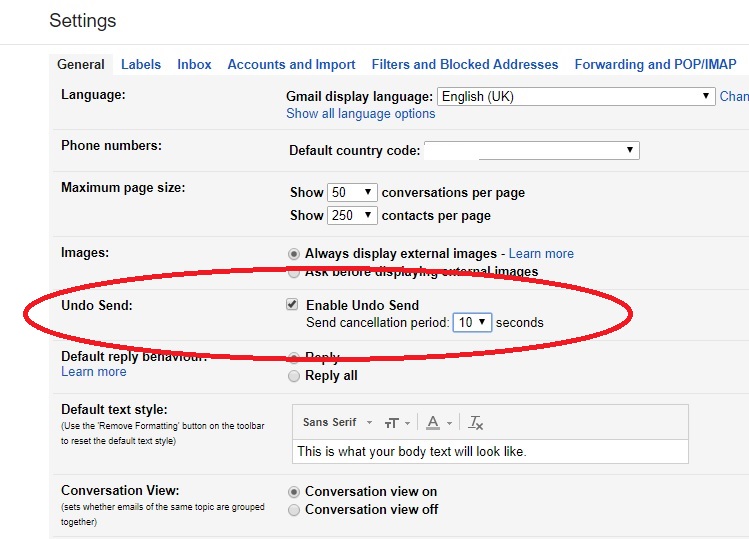 After activating and saving the settings, you'll be able to use this feature immediately. Once you send a message you'll see it appear as an option in a prompt screen just below the search bar in your inbox screen. Handy indeed.

Oh yes, thank you! Yes, we know. If you don't know about this feature, it's time you did. You've probably been on the receiving end of a never-ending reply-all thread at some point. Mute is now your best friend.

Just open the thread in question, or select it from the inbox, click on the "More" menu and click mute! Easy peasy, right? This won't stop the thread but at least the messages won't chew up your inbox storage. You can always unmute if you want to. 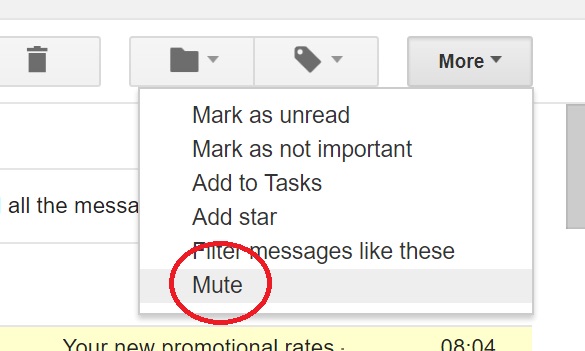 In a similar fashion, you can do a similar thing for specific email addresses. This feature is pretty new and was only added about a year ago. You may well have missed it.

This feature is very handy indeed, especially for blocking spam and promotional material that often constitute around 1000% of your inbox. It was initially released on the mobile version but is now ready to use on your desktop.

Again, open the culprit message, click on the down-arrow next to the timestamp and choose “Block [sender’s name]” from the options. Future messages will now be "filed" in the spam folder, hurray! 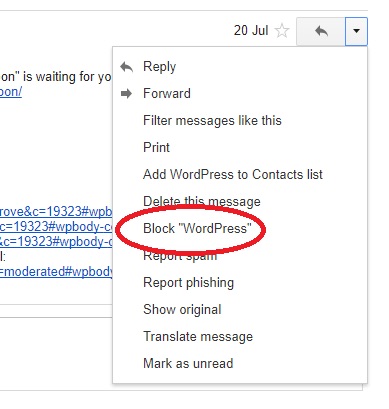 Get organized with Google Inbox

Why not simplify your inbox with a simpler, more streamlined look to your emails. Inbox from Google simplifies the look of your Gmail inbox and helps stop you from getting too overwhelmed.

This app has some useful organizational features like snoozing, flagging and prioritizing without the need to use a third party app. This is a tradeoff between complexity and simplicity, as you can imagine.

It tries to keep a lot of features hidden in the background, out of your way. The idea is to let you focus on cleaning out your inbox rather than tinkering with it. Use it or not, your call.

So there you go. Do you have any tips or tricks for using Gmail? Let us know in the comments below.