Do Cute Things Make You Strangely Aggressive? Neuroscience Explains Why.

A new study looks into the neurology behind why seeing the cutest of animals can trigger not-so-cute responses in humans.

Yes, there’s a reason why you want to pinch babies’ chubby cheeks or legs, and no, it’s not a maternal instinct. It’s what researchers have labeled “cute aggression.”

Cute aggression happens when a person sees something (normally an adorable animal or small child) and experiences an exceptionally strong reaction to the item.

Cute aggression even made its way into pop culture. Comedian Iliza Shlesinger famously talked about her pained reaction to chubby baby legs in a recent Netflix special. The animated film Despicable Me featured one young character exclaim “IT’S SO FLUFFY, I’M GONNA DIE!” upon receiving a giant plush unicorn.

Clearly, people around the world feel really, really strongly about cute things. But why humans respond like this has stumped behavioral psychologists in recent years. New research from neuroscience, however, could shed more light on the subject. 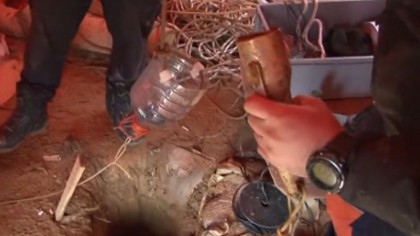 Katherine Stavropoulos is a clinical psychologist with an extensive background in neuroscience. She works at the University of California, Riverside. Using electrophysiology, she studied the human brain’s electrical response to external stimuli of cute critters.

Stavropoulos first heard of “cute aggression” in the academic sense after a team of Yale University psychologists published a study about it in 2015.

And if people wanted to squeeze, crush, or pinch creatures they claim to love, would their brain show that response? Stavropoulos believed so. She suggested that the part of the brain controlling “cute aggression” would be tied to the brain’s reward system -- the same part that handles emotional processing and feelings of want.

Stavropoulos studied 54 participants between the ages of 18 and 40 who wore electrode caps to track their brain activity.

The researchers then showed the participants 32 photographs divided into the following four categories:

1) cute babies with eyes and features enhanced to look cuter

But why do we feel cute aggression? According to the researchers, it might be a way to bring us back down to earth rather than keep us entranced by how cute something is.

"For example, if you find yourself incapacitated by how cute a baby is -- so much so that you simply can't take care of it -- that baby is going to starve," Stavropoulos said. "Cute aggression may serve as a tempering mechanism that allows us to function and actually take care of something we might first perceive as overwhelmingly cute."

Via: University of California Riverside

People in Japan Are Now Having Playdates for Their Robotic Pets

11 Animals That Have Changed the History of Neurological Science