According to the doctor, Lisa Gherardini was suffering from hypothyroidism or an underactive thyroid gland. Could this be the first medical diagnosis of this famous painting?

Mona Lisa’s painting is a work of art that has fascinated novices and connoisseurs alike for decades. It is a massive hit in the popular Louvre museum of France, so much so that an entire room is dedicated to this famous oil painting of the Renaissance period by Leonardo Da Vinci.

Many have often wondered about the features of this painting, especially the mysterious smile of Mona Lisa lent by the painter to this masterpiece. It seems that the mystery behind her lopsided smile may have finally been revealed!

A clinical diagnosis made

An Indian physician based in Boston named Mandeep Mehra believes that he might just have unraveled this secret that has caused people around the world to ponder for centuries. As claimed by Dr. Mehra himself to Inverse, “I don’t know how to appreciate art. But I sure do know how to make a clinical diagnosis.”

Mehra believes that Lisa Gherardini, or the muse to Da Vinci’s timeless creation, was sick. The journal of Mayo Clinic Proceedings has published Mehra's study that reveals the medical diagnosis of the reasons behind the appearance of Mona Lisa.

She suffered from an acute condition of the thyroid gland called hypothyroidism, says the Mehra and his co-author.

Due to this condition, she had a very evident lump in her neck, a thinning hairline, a yellowish tint to her skin and a half-lopsided smile on her face. She also had visibly swollen hands, argue the authors.

All of these symptoms point to one condition – hypothyroidism that is caused by an under-active thyroid gland. It is basically an acute deficiency of iodine in the daily diet, an element which is commonly found in seafood, eggs, bread, and dairy products.

Insufficient nutrients at the time

The results of the study expose that famine was a common occurrence five centuries ago and seafood was an uncommon product. This resulted in diets that primarily consisted of fruits and vegetables, without any livestock or dairy components. 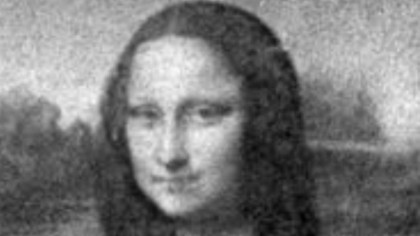 In addition to that, it is believed that her lopsided smile can be attributed to a significant disability that is the result of muscle weakness.

Mehra's revelation came after standing in a queue at the famous Louvre Museum in Paris. He shared, “Take, for example, the inner corner of her left eye: There’s a small, fleshy bump there, just between her tear duct and the bridge of her nose. Her hair is oddly thin and lank, and her hairline is receding behind her veil. She has no eyebrows, whatsoever. She also has yellowed skin and what seems to be a goiter.”

It is a popular belief that Lisa Gherardini posed for Da Vinci between the years 1503 and 1506 at the age of 24.