The sign reads "No Unauthorised Personnel", the gate is bolted shut with a hardened steel padlock. He reaches into his pocket and pulls out a blunt ended instrument with a bright light on its end. He points it towards the lock and with the surge of a deafening frequency, the bolt springs open. Amelia proclaims "It's Breaking and entering", Doctor Who responds "It's Sonic and entering". 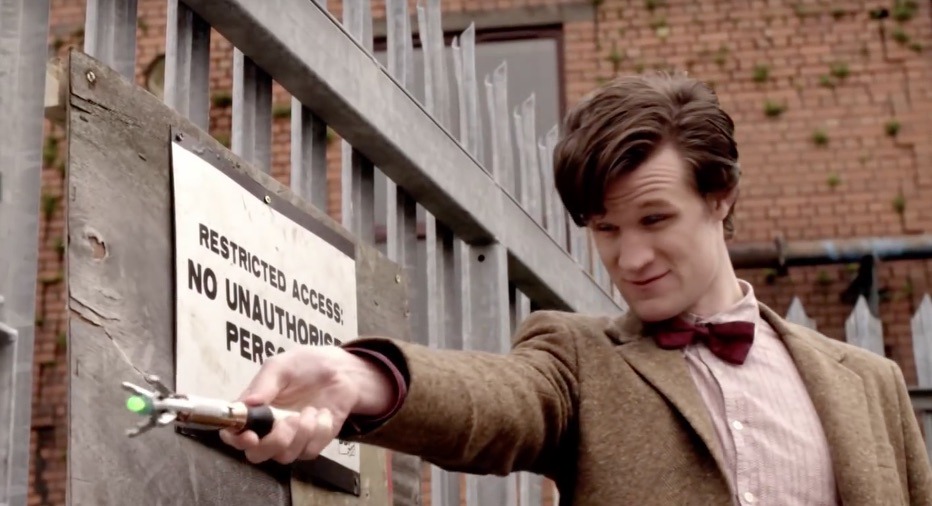 The fictitious device called a Sonic Screwdriver was made famous by 'the Doctor' in the hit British television series, Doctor Who. It is a sophisticated wand that has applications ranging from scanning to hacking and even electrifying the nervous system of a potential bad-guy.

While this tool lives in the realms of a sci-fi universe, one application may have been taken out from the pixels of the big screen. That is the ability to agitate objects.

A real life sonic device, called the GauntLev can lift small objects such as polystyrene spheres by using nothing but sound waves. Acoustic levitation encapsulates the object in a corral of high-frequency sound waves whereby imposing a force on the object in all directions. Thus the object appears to levitate in a fixed position. Watch this sonic 'levitation' in the video below.

Much like the scaled down version of the gravity defying tractor beam, mentioned in our Interesting Engineering article, the sonic screwdriver can focus its sound waves to vibrate objects.

In 2014, A similar technique was used to treat patients with malignant brain tumors. The non-invasive procedure opened the blood-brain barrier by forming micro-bubbles. This caused the barrier to contract and expand at a rate of 200,000 times per second, forming gaps that allowed the chemotherapy drug to pass through and reach the tumors. Doctors can now use this delivery method to administer drugs to previously inaccessible parts of the brain.