Doctors announced that HIV-1 appears to have been eliminated in a London patient, only the second known case in the world and offering real hope for a cure.

Doctors have announced this week that a patient who was diagnosed positive for the HIV-1 virus appears to have been cured of the infection that causes AIDS.

While technically referred to as a remission of the virus, doctors and scientists in the field are calling it a cure after the patient, referred to only as the London patient for privacy reasons, has seen the elimination of the virus from his body after undergoing the same medical procedure that eliminated the HIV-1 virus from the first-ever announcement of a "cured" HIV positive person back in 2007.

That case, the so-called Berlin patient—though later identified as Timothy Ray Brown, 52, now of Palm Springs, California—, set off a frantic hunt worldwide to replicate the result seen in his case after he underwent a bone marrow transplant to treat leukemia. Until this week, those efforts have been unsuccessful.

This led many to worry that his case was an aberration that wasn’t likely to be repeated. Brown is optimistic that the London patient’s remission will be as complete as his own. “If something has happened once in medical science, it can happen again,” he told the New York Times, “I’ve been waiting for company for a long time.”

As for the London patient himself, in an email to the Times, he said, “I feel a sense of responsibility to help the doctors understand how it happened so they can develop the science.”

"By achieving remission in a second patient using a similar approach, we have shown that the Berlin Patient was not an anomaly and that it really was the treatment approaches that eliminated HIV in these two people," said Ravindra Gupta, a professor at University College London's Division of Infection and Immunity and the lead author of the study, published today in Nature.

In both cases, the two men were undergoing treatment for cancer and received bone marrow transplants. In Brown’s case, no one considered that the bone marrow transplant would result in the elimination of the virus from his body—they were only trying to treat his cancer—but that is what seems to have happened.

The bone marrow donors in both cases had a mutation in a protein called CCR5 that coats the outside of some types of immune cells. In cases of the HIV-1 strain of the virus, the virus uses CCR5 to gain access to the immune cell and take it over. But, in cases with a mutated version of CCR5, known as delta 32, the virus cannot hook itself into the protein to gain access to the cell.

The London patient is the 36th name on a list of 38 recipients of donated bone marrow that are currently being tracked, all but six of which received bone marrow with the delta 32 mutation. The 19th patient on that list of delta 32 donors has reportedly been off antiviral medication for 4 months and an update on their condition is expected next week.

In patients with the delta 32 mutation, the immune system is able to continue to successfully fight the HIV-1 virus inside the body and eventually eliminate it altogether, rather than be taken over and compromised by the virus which inevitably results in the development of AIDS in the infected person.

It isn’t possible to simply give all 37 million HIV+ persons in the world a bone marrow transplant, and even if we could, the treatment might only cure less than half of all HIV cases, those infected by HIV-1.

Other virus strains, like HIV-X4, latch onto different proteins to enter the specific immune cells affected by delta 32, so they would be unaffected by the treatment, and might even be helped if the treatment eliminates the competition HIV-X4 would normally face from HIV-1 for host cells to infect.

Still, the news offers important motivation for doctors and researchers hunting down a cure for HIV infections. With a second confirmed case of the virus being eliminated from the body, scientists now have a target that they know they can hit—and they know where to look for it.

There is no way to know how long-lasting these remissions will be, however, so no one knows yet if this is, in fact, a cure for HIV or if it only looks like one. “In a way, the only person to compare with directly is the Berlin patient,” Gupta said. “That’s kind of the only standard we have at the moment.”

CRISPR/Cas9 Could Be The Key

CRISPR/Cas9 was allegedly used by He Jiankui to edit the gene tied to CCR5 production in Lulu and Nana, twin Chinese girls who may be the world’s first infants whose genes were modified while still embryos. He claims he was trying to give them immunity to HIV infection and touched off a global firestorm of condemnation in the process. 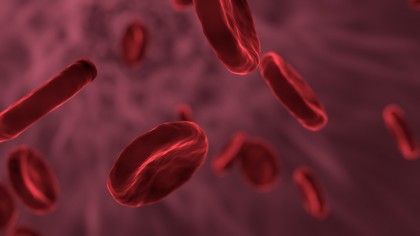 It’s still unclear whether He actually did what he claims to have done, but there’s no reason why CRISPR/Cas9 cannot be used successfully in patients infected with HIV-1 or any other strain of the virus, at least in theory. The different proteins these viruses need to thrive are all governed by different genes in our genome, and we know we can affect their production using CRISPR/Cas9.

Knowing that mutations in these proteins can prevent the HIV virus from overwhelming the immune system may be the key to unlocking gene-therapies that can cure any strain of the virus.

There are always risks when editing the genome, as unintended consequences are almost certain. “There are a number of levels of precision that must be reached,” said Dr. Mike McCune, who advises the Bill and Melinda Gates Foundation on issues of global health. “There are also concerns that you might do something untoward, and if so you might wish to have a kill switch.”

Still, with the results from the London patient confirming that the Berlin patient wasn't a fluke, it has shown what might be possible, so there’s more reason to be hopeful than ever. “This will inspire people that cure is not a dream,” said virologist Dr. Annemarie Wensing of the University Medical Center Utrecht in the Netherlands. “It’s reachable.”

First Death Reported in China After Monkey B Virus Infection