Doctors have discovered a breakthrough in healing wounds. They are now able to manipulate scar tissue to regenerate skin which enables a wound to heal naturally.

Doctors began their research at the Perelman School of Medicine, University of Pennsylvania. An intense study took place over a number of years along with the Plikus Laboratory for Developmental and Regenerative Biology at the University of California, Irvine. Researchers officially published their finding online on Thursday, January 5th, 2017, in the journal Science.

The newly discovered healing process involves converting myofibroblasts, which are found in wounds, into fat cells. This was previously thought to be impossible.

Myofibroblasts are the most common cells found in wounds. They play a crucial role in healing wounds and forming scar tissues

Fat cells, which are also known as adipocytes, are normally found in the skin. However, the skin loses adipocytes when scar tissue is formed over a wound. 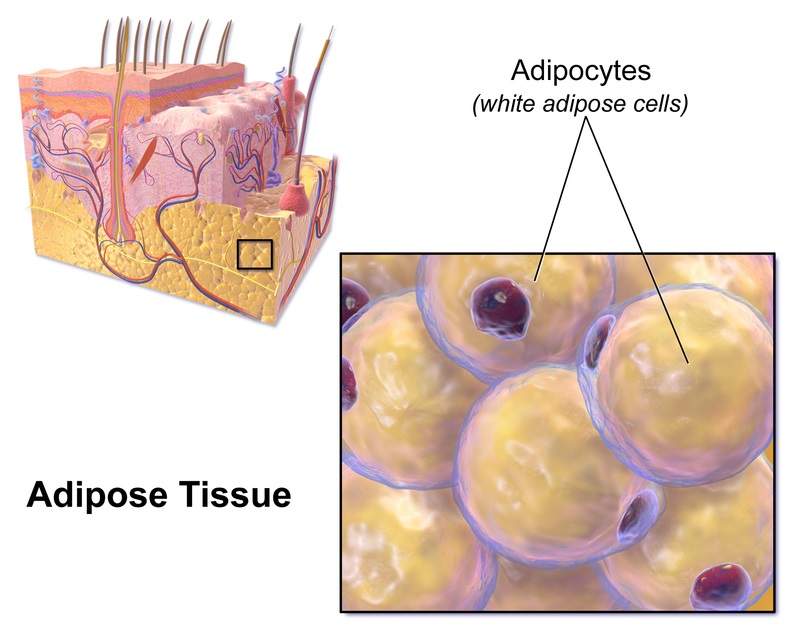 One of the factors that give scar tissue an abnormal appearance is that it does not have any hair follicles within it. Researchers have used this characteristic as the basis for their investigation. Their aim was to convert the myofibroblasts, found in healing wounds, into fat cells which do not cause scarring.

"Essentially, we can manipulate wound healing so that it leads to skin regeneration rather than scarring," said George Cotsarelis, the principal investigator of the project and chair of the Department of Dermatology and the Milton Bixler Hartzell Professor of Dermatology at Penn. "The secret is to regenerate hair follicles first. After that, the fat will regenerate in response to the signals from those follicles."

According to the study, hair and fat form separately but they are not independent from each other. Hair follicles are first to form. The Cotsarelis Laboratory previously discovered factors that are vital for the formation of hair follicle and fat cell. Recently, they expanded their discovered by finding other factors that are responsible for converting the myofibroblasts into fat cells instead of scar cells. These factors are produced by regenerating hair follicles.

The new fat cells form without hair. However, these fat cells are indistinguishable from the existing ones. The finding can manipulate a wound to heal naturally without leaving a scar.

Researchers then went on to identify what is sending the signal from the hair to the fat cells. They found a factor called Bone Morphogenetic Protein (BMP) which is responsible for the transmission. The factor sends a message to myofibroblasts and causes them to turn into fat cells. The signal in itself is groundbreaking as it provided new information to follow through for the researchers.

"Typically, myofibroblasts were thought to be incapable of becoming a different type of cell," Cotsarelis said. "But our work shows we have the ability to influence these cells, and that they can be efficiently and stably converted into adipocytes."

The conversion of the cells was tested in mice as well as human keloid cells that were grown in culture.

"The findings show we have a window of opportunity after wounding to influence the tissue to regenerate rather than scar," said the study's lead author Maksim Plikus, PhD, an assistant professor of Developmental and Cell Biology at the University of California, Irvine.

The findings have the potential to have major impact on the field of dermatology. The first step would be to develop a therapy that can convert myofibroblasts into adipocytes; thus disabling scar tissue formation during the process of healing.

The increase in the number of fat cells in skin tissue does not only concern dermatologists. The loss of adipocyte is a common complication which occurs in other conditions as well. Most importantly, HIV-related conditions. There is currently no effective treatment for HIV associated loss of adipocyte.

In addition, another area of concern is anti-aging. Adipocytes are lost naturally due to the process of aging. This occurs primarily in the face and leads to permanent deep wrinkles that anti-aging treatments can not fix with satisfactory results.

The Cotsarelis Laboratory is currently focused on mechanisms that will promote skin regeneration, which would also followed by enabling hair follicle regeneration. While the Plikus Laboratory is focusing on other properties of cell reprogramming in skin wounds. Plikus researchers are busy investigating the roles of additional signalling factors beyond BMP.

We hope that this breakthrough opens many more doors.