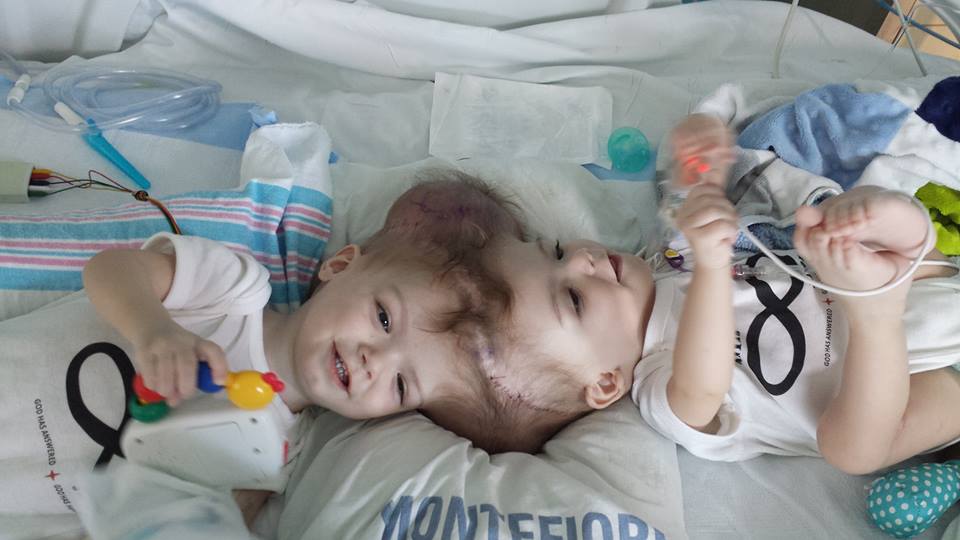 The operation took place in New York City, over 800 miles away from the McDonalds's Coal City, Illinois home. The operation began Thursday morning and ending successfully on 2 a.m. Friday morning.

The mother, Nicole McDonald, recalled the doctor having to "cut based on his instinct."

"The overall atmosphere was one of celebration mixed with uncertainty," she wrote on her Facebook page.

She said Jadon did much better than his twin during surgery. Anias's blood pressure and heart rate dropped, and he's on medication to become stable. McDonald noted her son might not be able to move one or both sides of his body.

Craniopagus (being conjoined at the head) occurs in one in every ten million live births. Ms. McDonald her research has yet to uncover another pair of twins like hers born in the United States within the last 20 years.

The next few months will be critical in terms of recovery and we will not know for sure how Anias and Jadon are recovering for many weeks. I am told that in about 3 hours they will be wheeled back to their room, intubated and sedated. The plan is to keep them both intubated for about a week...to get through the swelling and pain of the first week...and then go from there. So we just took a huge leap of faith, but now we are back to taking baby steps. In fact, I'm pretty sure I'm still frozen in space and time...in the smiles of yesterday morning. I'll be hanging out there until I see those smiles again.