Researchers at the Medical Center - University of Freiburg (MCUF) and the University of Bonn, Germany may have found a way to alleviate the suffering caused by severe, treatment-resistant Depression.

SEE ALSO: CAN TECHNOLOGY CAUSE ANXIETY AND DEPRESSION?

In a new study, published last week in Nature Neuropsychopharmacology, the two research teams used thin electrodes to stimulate a region of the brains, found deep within their physiology, of 16 patients. This deep brain stimulation (DBS) targeted the brain’s reward system, and it produced dramatic results in the patients.

"The most compelling outcome from the study is the sustained efficacy in very severely ill patients. Most treatments in psychiatry cease to be efficacious after months and years, we demonstrated for the first time in demonstrating in a relatively large-scale study that deep brain stimulation is a real option for those patients suffering from treatment-resistant, severe depression," says Prof. Dr. Thomas Schläpfer, head of the Division of Interventional Biological Psychiatry at MCUF.

It is estimated that 10% to 30% of those who suffer from recurring depression are resistant to treatment. In the past, there hasn’t been much help for these cases and in some cases required radical intervention and hospitalization.

According to the study, the 16 patients suffered from recurring depression for 8 to 22 years and had undergone an average of 18 drug therapies, 20 electroconvulsive therapies, and 70 hours of psychotherapy and found little to no success in relieving their depression. 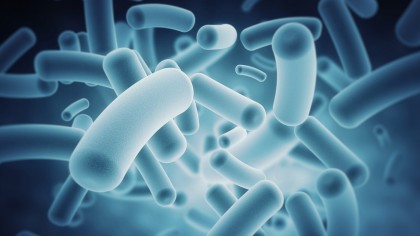 Gut Health Might Be Linked to Depression and Mental Health

The teams at MCUF and Bonn implanted the DBS electrodes into the medial forebrain bundle of the patients’ brains. This is the part of the brain related to the regulation of pleasurable feelings and reward responses, so it is integral for a person's feelings of motivation and their perception of the quality of their own life.

“Our patients had struggled with severe depression for years with no signs of improvement,” said Schläpfer. “Deep brain stimulation brought most of them significant relief within days, which lasted throughout the course of the therapy.

“Other forms of treatment like medication and psychotherapy often lose their effectiveness over the course of time,” he added. “Absolutely sensational about the study data is that the effect seems to be long-lasting, with the positive effects continuing for years."