The minds at French builder are truly not running dry on imagination.

If you are a big fan of motorcycles, then this one surely deserves more than a quick glance, Meet the 2016 Lazareth LM847, albeit a tad on the impractical side, this beast is still quite the engineering feat.

Unveiled at the 2016 Geneva Motorshow. The Lazareth LM847 was built around a gigantic, 4.7-liter Maserati V8 engine; this terrifying tilting quad bike picks up where the Dodge Tomahawk left off, with four single-sided swingarms, rim-mounted brakes, dual hub-centre steering and a bunch of other crazy touches.

With a total weight of 400kg, the chassis is made from polyester and carbon fiber. In terms of torque, the Maserati V8 engine is good for some 620 Nm at 4,750 rpm. Meaning you’re bound to burn up some asphalt in any gear at any speed. In terms of transmission, the LM847 has a single-speed gearbox with a hydraulic coupler. One rear tire was never going to be enough to put 470 horsepower to the ground, so Lazareth supplies two, each with its own chain drive, and each on its own hefty single-sided swingarm. 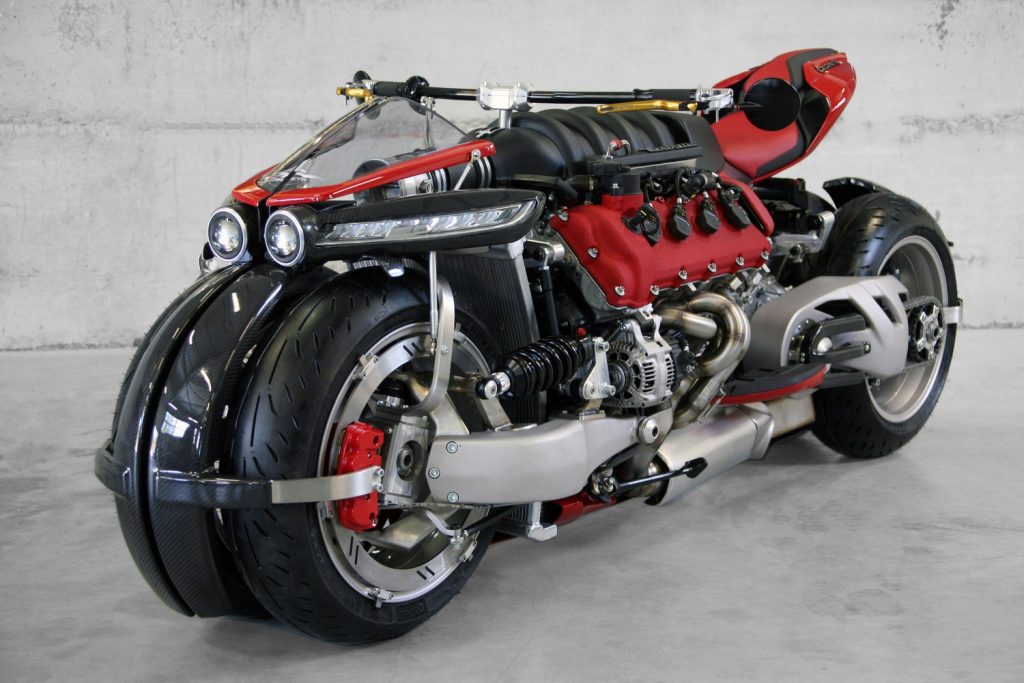 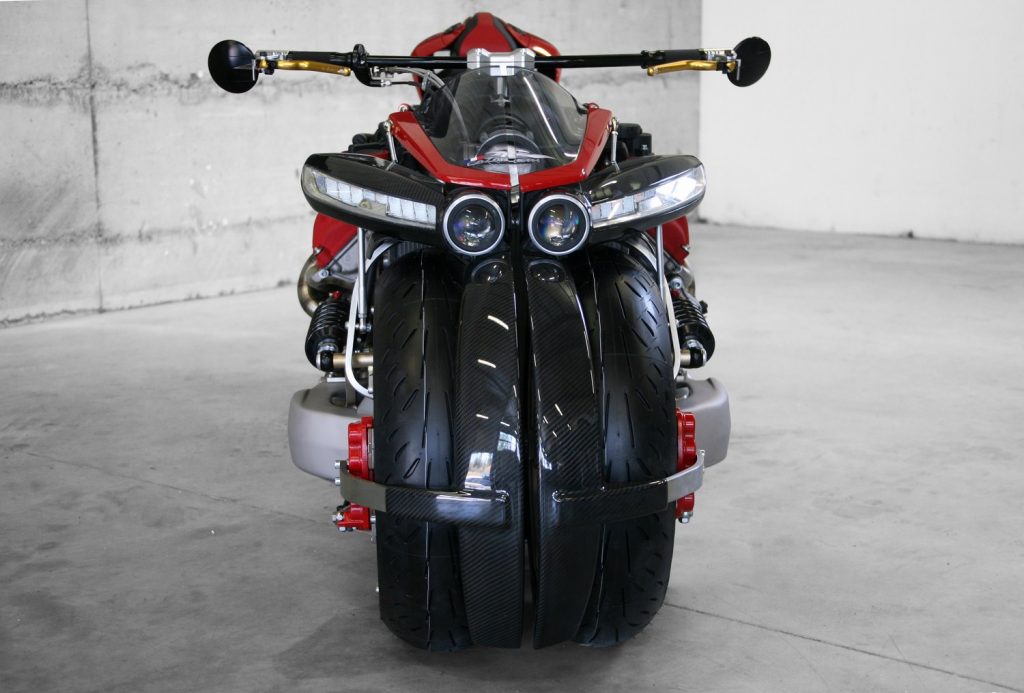 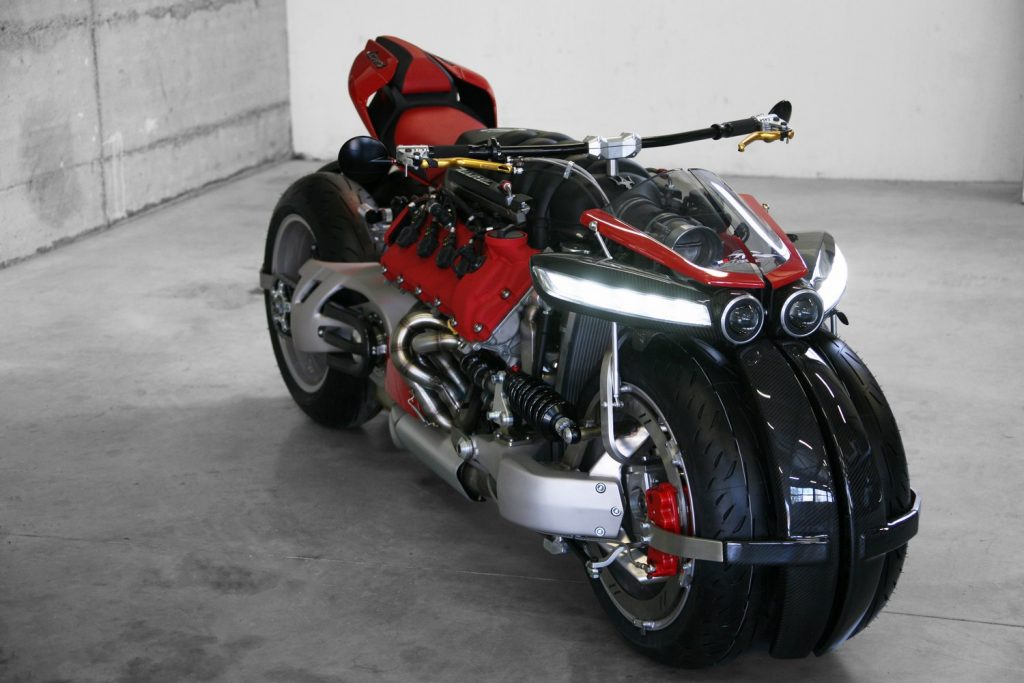 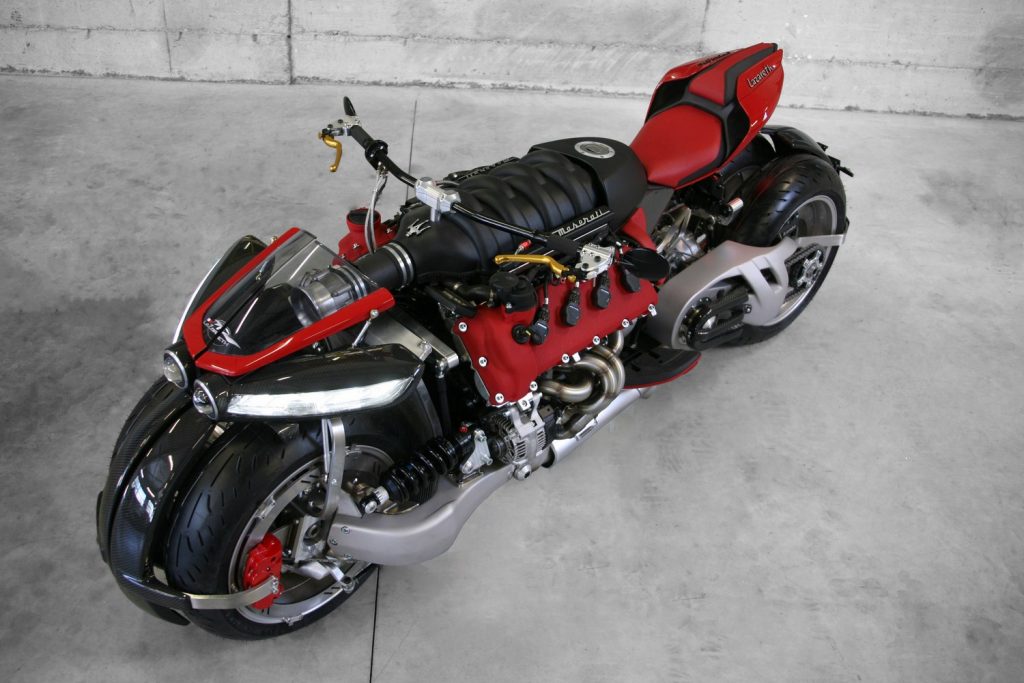 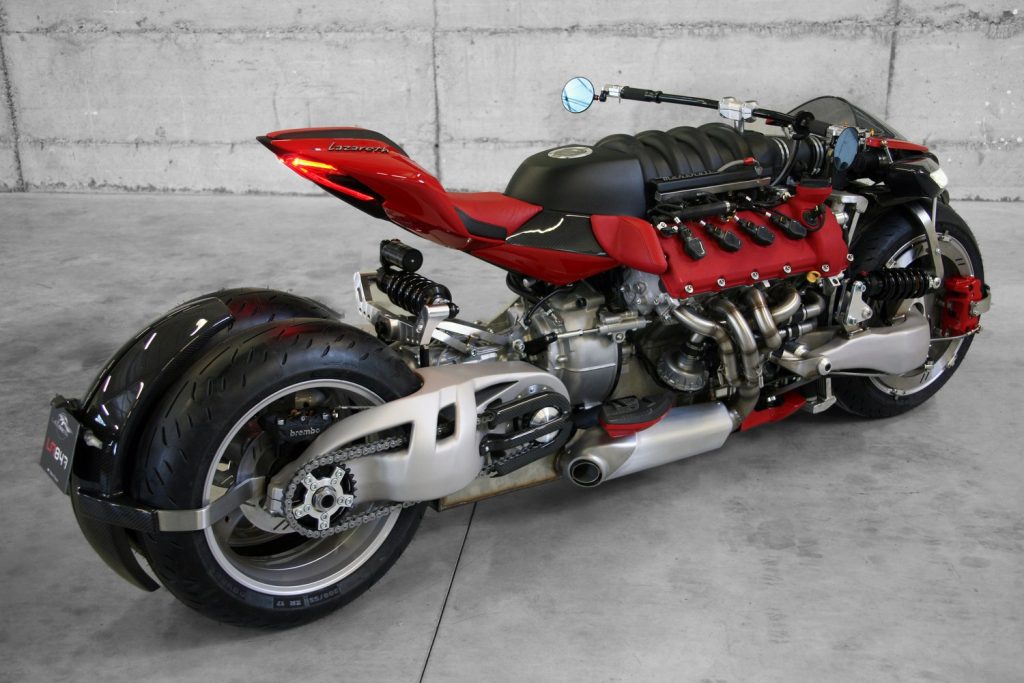 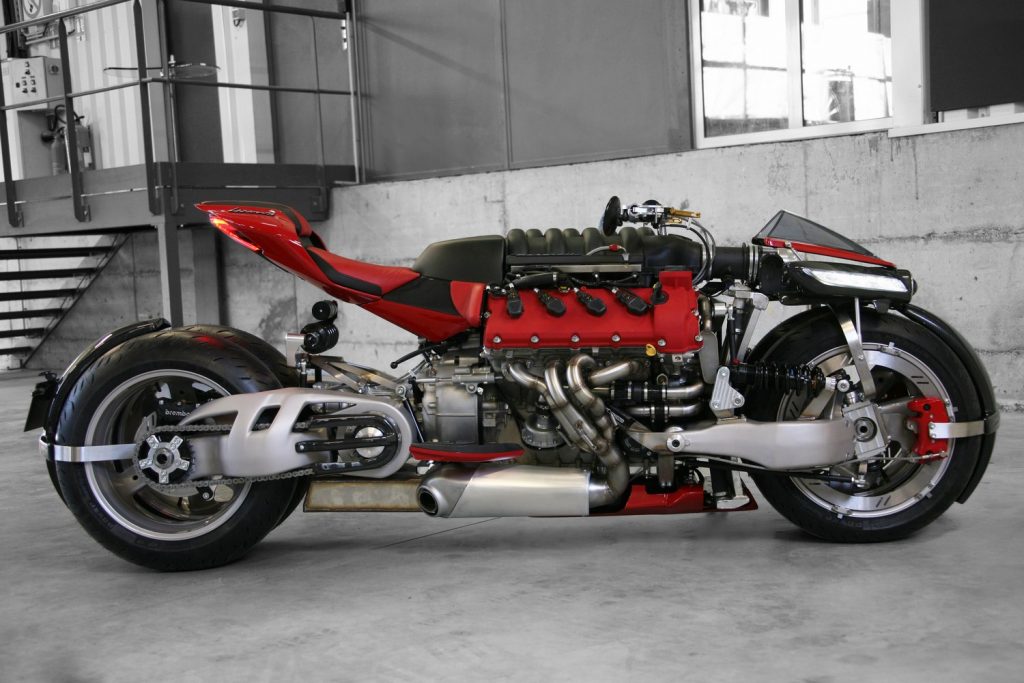 From the gigantic width of the handlebar poking out of the airbox, one can easily guess how hard it would be to steer the front end.

Lazareth has been quoted as saying if he can't make something work beautifully, he'll hide it. This leaves it to our imagination what that steering mechanism looks like under the cover. The bars are made even wider with the addition of bar-end mirrors

The Lazareth LM847 is priced at $217k and is available now for anyone with a death wish.

SEE ALSO : This Jet Powered Merry Go Round is Insane