Human testing of the noninvasive device could start as early as this year.

Sure you know just about everything about Tesla and SpaceX, but how much do you know about Elon Musk’s Neuralink start-up? Out of the many eccentric projects that Musk is currently working on, Neuralink definitely takes the cake. The ambitious start-up seems to be working on something straight out of a science fiction film.

If Neuralink accomplishes its goal, the company could end up ushering in a new age of "superhuman cognition." But, enough with the suspense. What exactly is the Neuralink company working on?

Neuralink is a company set up by Elon Musk in 2016 that is exploring the human brain and how it can be connected to a computer interface. Operating at a much smaller scale than Tesla or SpaceX, this conceptual startup aims to use this brain-machine interface to integrate humans with artificial intelligence by surgically implanting processors into our brains with a procedure that is said to be no more invasive than something like LASEK surgery.

Now, you are probably wondering why humans may want to do something like this? And why does this sound like an episode of Black Mirror?

Brain-machine interfaces are not completely new and they have the potential to help millions of people. As stated in the Neuralink published paper, “Brain-machine interfaces (BMIs) hold promise for the restoration of sensory and motor function and the treatment of neurological disorders”. However, the reason why humans might want to connect their brain to computer boils down to one potential existential threat, artificial intelligence.

Experts, business leaders, and researchers across the globe believe that artificial intelligence has the power to change the world for the better, impacting almost every industry across the world. Yet, some of these same leaders, including Elon Musk, believe AI could, very much, become a science-fiction level threat if we do not tread carefully.

Simply put, Neuralink would offer upgrades to the human brain that could potentially make us more competitive against AI with human-level or higher intelligence.

Neuralink’s coming ultra-high bandwidth brain-machine interfaces could help usher in a new evolutionary step for humans. Yet, we are getting a little ahead of ourselves. Here is everything you need to know about Neuralink.

Looking to the near future

Let’s imagine a scenario. Five years from now you are sitting comfortably in your smart home, packed brimming with the latest and greatest smart appliances. You are streaming the newest season of the Game of Thrones prequels while also comfortably working from home. Its the early afternoon and you are feeling a bit tired so it is time for some coffee. Without even getting up, using just your thoughts, you can tell your smart coffee machine to make you a cup of coffee. Perhaps you decide to put some music on in the background and turn off the TV while you work. No remote needed. All you need to do is use your mind.

Neuralink could bring us this future. However, it goes much deeper than just controlling your smart appliances and streaming service. Brain-machine interfaces could help those who suffer from mobility disabilities gain better control of their lives, allowing them to communicate with loved ones in more dynamic ways or complete daily tasks that are otherwise almost impossible. Paralyzed humans would be able to control smart devices and computers.

To give humans these superpowers, Musk's Neuralink will install a special gadget to create a “direct cortical interface” to upload and download thoughts. Since the founding of the company in 2016, Musk’s team has not shed much light on the project. However, in 2019 Elon Musk shared how his team plans to make Neuralink a reality and we are much closer than you think.

In July of 2019, during a presentation in San Francisco, Mr. Musk showcased what he and his team of 100 employees have been working on at Neuralink. His team has developed a device that is comprised of a tiny chip, dubbed the N1, that consists of a little over 3,000 electrodes. Attached to flexible threads thinner than a human hair, these electrodes can monitor the activity of 1,000 neurons. This design also serves a very specific purpose.

The Neuralink device can target very specific areas of the brain. This, in turn, allows for the device to be surgically much safer and allows it to target very specific areas of the brain. Even more so, Neuralink has stated that a patient can have as many as 10 N1 chips implanted at any given. Now your next question may center around, how exactly will the device be implanted. Elon Musk has stated many different times that the process would be virtually painless, no different than getting LASEK surgery.

Your Neuralink device would be implanted using traditional neurosurgery methods safely and seamlessly with a robot surgeon.  As mentioned in the Neuralink published paper, “We have also built a neurosurgical robot capable of inserting six threads (192 electrodes) per minute. Each thread can be individually inserted into the brain with micron precision for the avoidance of surface vasculature and targeting specific brain regions.”

Have they started testing the devices?

The Neuralink team has already started experimenting with various versions of the devices on both rats and monkeys. The results have been impressive. During the presentation in San Francisco, Musk and his team described one instance of a monkey being able to control a computer with simply its brain. Unfortunately, (or fortunately) there have not been any tests on humans. Yet, the team hopes to obtain FDA approval and begin human trials as early as this year.

Are there any risks?

During his presentation Elon Musk reiterated the idea that Neuralink will be an important part of our future, eventually allowing us to reach symbiosis with artificial intelligence. “With a high bandwidth brain-machine interface, we can go along for the ride and effectively have the option of merging with AI”, said Musk.  And as for the risks to reach this end goal? Musk reassured his audience that the device will be safe. 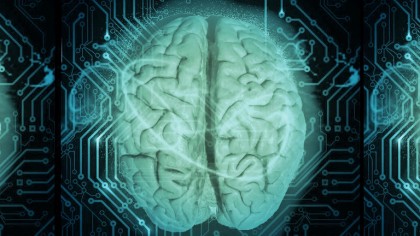 Even more so, BMIs technology is not completely new and is currently used to help those with mobility disabilities. However, this technology is still in its infinite stages, is very invasive, and is not so scalable. That is what makes Neuralink so special. The N1 Bandwith system holds the promise of being non-invasive, safer, and potentially easier to integrate into our lives.

Nevertheless, there are a lot of technical and ethical challenges ahead for Neuralink if they want to make this possible. Could someone hack these devices in the future? What do we do with all the collected patient N1 data? Krittika D'Silva, an AI researcher at the Frontier Development Lab and attendee of the event summed it up perfectly for BBC news when she stated, “The technology described by NeuraLink is exciting because it is significantly less invasive than prior work in this field.”

Do you think it is worth it?

According to Neuralink’s CEO, Max Hodak, the first people able to test out the Neurolink devices will be patients suffering from quadriplegia due to spinal cord injuries. Neauralink could help those with neurological disorders that have their origins in the inability of the brain to connect with the nerves around the body. Musk paints a picture in which this technology is common, ushering in a new age where we need to merge with technology to compete as species with artificial intelligence.

What are some of the ethical questions we should be asking ourselves before pursuing a project like this? Are you excited to see a project like Neuralink? Or does it scare you?

“Furthermore, Neuralink can help people with Parkinson’s disease, epilepsy, and depression by promptly sending electric pulses into the areas responsible for their specific symptoms. And I think it’s incredibly beneficial, I mean it’s super good! If this ever happens to humanity, it will most likely be the most monumental headway.”

Leave your opinions about Neuralink below.