Dressing Battlefield Wounds to be as Easy as Fixing Flat Fires

A new technology called Xstat Dressing inspired from the foam used in fixing flat tires can be the future of dressing battlefield wounds. 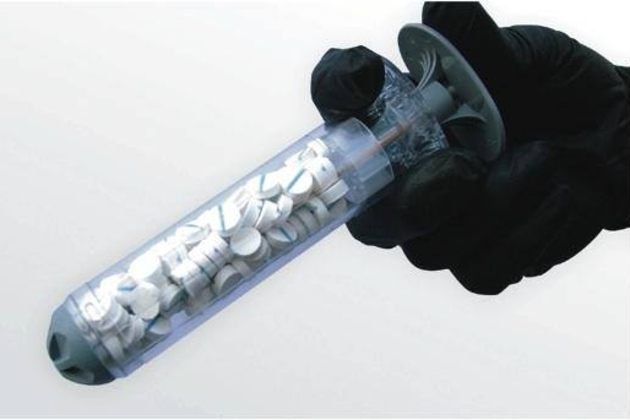 This technology, which is being developed by RevMedx, uses small sponges to stop the blood flow. Unlike normal sponges, however, the Xstat Dressing's medical sponges are compressed and packed with a hemostatic agent called chitosan. Once placed at the spot, they expand in about a quarter of a minute to fill the wound completely. Most importantly, the sponge exerts sufficient pressure for the wound to stay closed. Hence it does not require any external pressure unlike the gauze dressing used to pack battlefield wounds today. Laboratory trials of this new technology on pigs has shown that in the hour after injury, chances of survival were raised significantly due to the use of Xstat Dressings.

However, the medics at RevMedx are aware of the challenges of treating small and large wounds, and have therefore decided to develop two different sizes – 12mm and 30mm – for the different sized wounds. Further, the Xstat has been made such that it can be found through Xrays and removed from the body. They even hope to make biodegradable sponges someday.

Interestingly, the idea behind Xstat emerged from the method used in fixing flat tires. As John Steibaug, co-founder of RevMedx said, “That's what we pictured as the perfect solution: something you could spray in, it would expand, and bleeding stops”. However, a simple spray proved to be untenable because the blood pressure was too high and the spray would simply be washed out. That is when they hit on the idea of sponges, and Xstat was born.