Drive Your Yacht on the Road?

Caravisio is a product of Knaus Tabbert, a German manufacturer who worked more than 2 years over the concept in cooperation with 20 different companies. 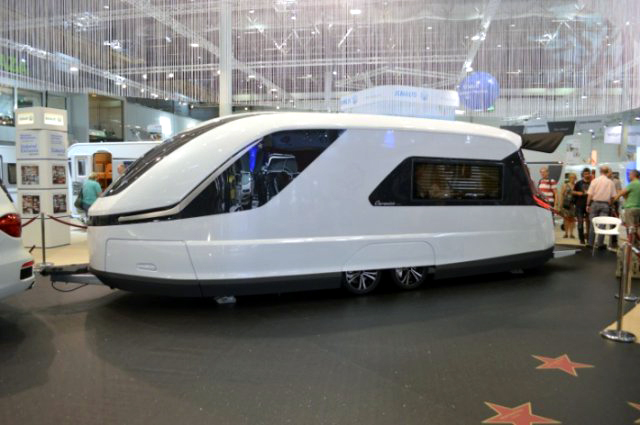 Distinguishable from the most camper and caravan designs we see today, Caravisio was inspired by the sea and yachts and has far better aerodynamical shape than the other vehicles from the same class.

The interior contains two beds which are placed to form V shape and depending on the place where Caravisio is located, these beds could provide fantastic views via the huge panoramic window right in front of them. Another feature of the beds is that they could become one bigger bed by by using a mattress extension.

Another feature that distinguishes Caravisio from the others is the comfortable bathroom with more space inside, instead of the narrow shower places in other caravans and campers. Water usage is controlled by special touchscreen system. 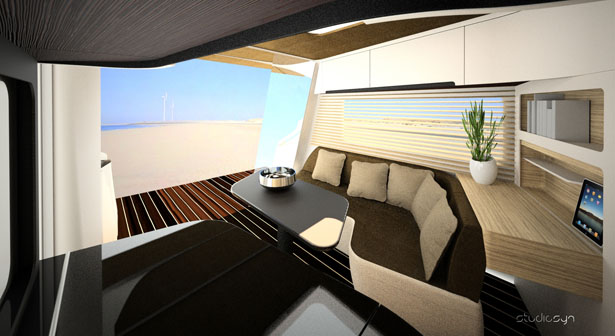 According to Knaus Tabbert, the interior could be easily transformed into work space by rearranging the furniture and electrical hook-ups could power laptops, TV, and other devices you may need to work on. 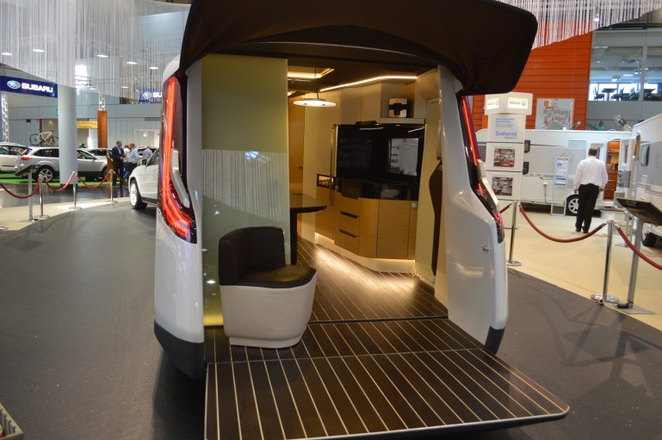 The back of this caravan could be extended to a fold-out deck, similarly to a deck of a yacht. Remotely controlled roof protects the inhabitants from sunlight and other weather conditions while traveling.

All settings on this “road yacht” are easily controlled by a smartphone app. By using this app you can change the transparency of the side doors, transforming them from fully transparent to frosted. These doors could be turned into screens for projections from the mounted HD projector. Also, doors are locked and unlocked by fingerprints for maximum security.

You can even adjust the suspension and decrease it to ground level by using the smartphone app.

Tabbert stated that "the caravan does not claim to be reproducible nor to be suitable for series production," so we don't have to expect mass production.