Drivers up to monkey business in San Francisco, use new app to sell parking spot

It seems that drivers are so fed up in San Francisco of going around in circles trying to find somewhere to park that they have turned to using monkey business to find one. That is they are using a new app for smartphones called Monkey Parking, which helps them to get a spot someone is vacating, by paying for that spot. 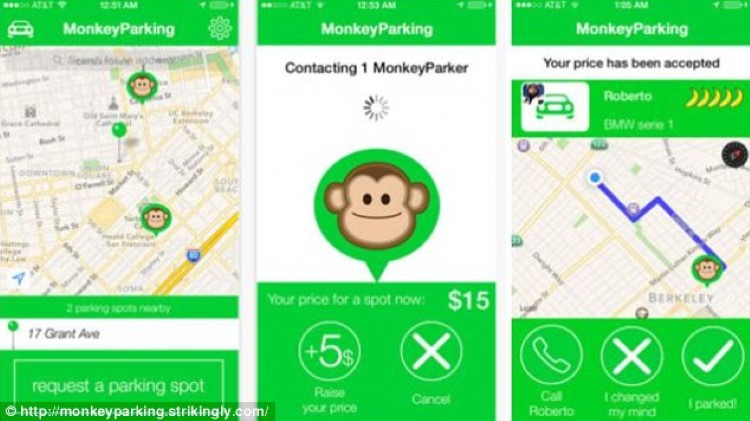 Monkey Parking is essentially a social chat app for a driver that connects drivers looking for a parking space in San Francisco with those who already have one and who are going to be leaving it. It can also be used by someone who has a spot and who is willing to give it up for cash, which can be anywhere between $5 and as much as $20.

San Francisco is hellish when looking for parking as there are around 750,000 people living there and only around 500,000 parking places. Of course this is without the huge amounts of people that flock to the city on a daily basis, along with tourists.

So Monkey Parking has become a very popular app as it allows people to gain knowledge of where there is an empty parking spot and that if they are willing to pay, they can grab that spot. While the app is gaining popularity, the officials are wondering whether it is legal. Some people have said that it is totally unfair for people to make money out of motorists this way. 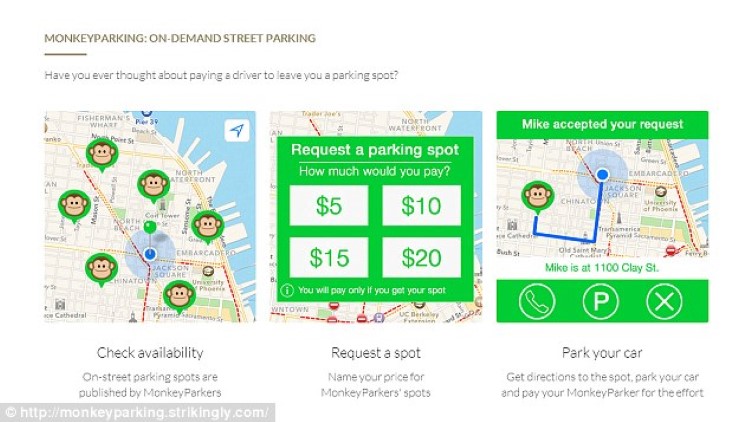 One disgruntled person went onto the Twitter page of Money Parking and said 'You are trying to monetize public parking spaces and it is disgusting.'

The co-founder and CEO of the Monkey Parking app, Paolo Dobrowolny said that reactions such as this are not fair. He went on to make claims that all the app does is help people who are looking for parking spots along with those who would enjoy a financial reward for giving their space up.

He pointed out that 'We’re just providing information when someone is leaving. That is valuable information for everybody.' At the same time, he dismissed the claims that the app was discriminating against people who didn’t have $20 to spend on a parking space.

'It’s a fair business for anybody,' Dobrowolny said. 'It’s not just for rich people. If you think you can get that money back when you leave that parking spot, you can earn back the money when you leave the spot.' He insisted that the Monkey Parking app would help to make lives of people easier and save frustration. However some still think that the app and those behind it are just up to monkey business and want it banned.