Sorry, Gaga, but these drones could replace your backup dancers. Each Super Bowl halftime performance attempts to one-up the previous year, like when Beyonce brought Destiny's Child back together. Or they're filled with meme-able memories like the unforgettable Left Shark during Katy Perry's performance. For the first time ever, though, technology became the "that's so cool" moment of a Super Bowl performance.

Intel stepped up to the plate and coordinated 300 flying drones in perfect synchronization. The task of wowing over 160 million people watching the halftime show was no small feat. Despite only taking up a little over a minute of the entire show, the drones had to immediately catch the crowd's attention. Each foot-long drone comes equipped with LEDs capable of displaying over four billion color combinations. You don't even notice the plastic and foam body while enjoying the well-coded dances. 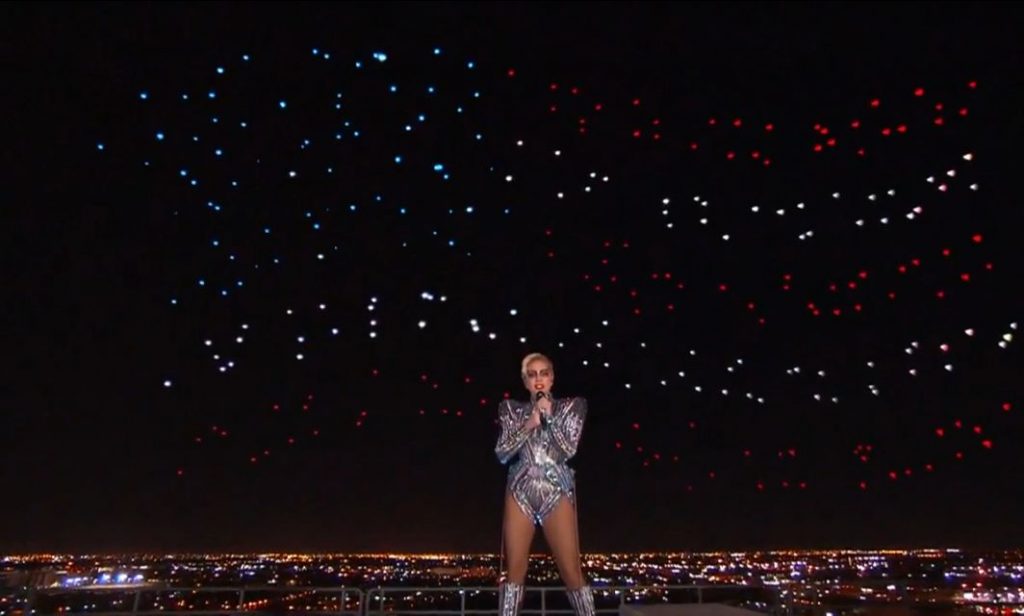 Each drone's movement connects individually with the computer system, much like how a synchronized swimmer moves as an individual but the whole team travels as a unit. The system itself can be transformed in seconds. If a drone should fall or short circuit, the computer will send up a backup drone with the reassigned code to finish the show.

"The whole halftime is a huge execution monster of an exercise," said Anil Nanduri, who leads Intel’s drone division.

Intel debuted the technology this holiday season at Walt Disney World Resort in Orlando, Florida. The Shooting Star system teamed up with Disney Imagineers to craft an absolutely stunning Christmas lights show. You can see that video below.
However, the Super Bowl and massive venues have always been the goal for the project. Those intentions were made perfectly clear in previous Intel promos.

The Logistics Behind the Breathtaking Feat

Any drone user is probably asking what the Federal Aviation Administration thought of the stunt. Even the Super Bowl creative team had to follow strict U.S. federal guidelines in addition to the Super Bowl's incredibly tough security measures.

How did they manage to coordinate all of these drones over the heads of thousands of people live? The short answer: they didn't. Gaga's opening segment and drone sequences were filmed in the week prior to the game. FAA regulations forbid drones within a 34.5-mile radius of the NRG Stadium. This compounds the restrictions on drone acrobatics over massive crowds. 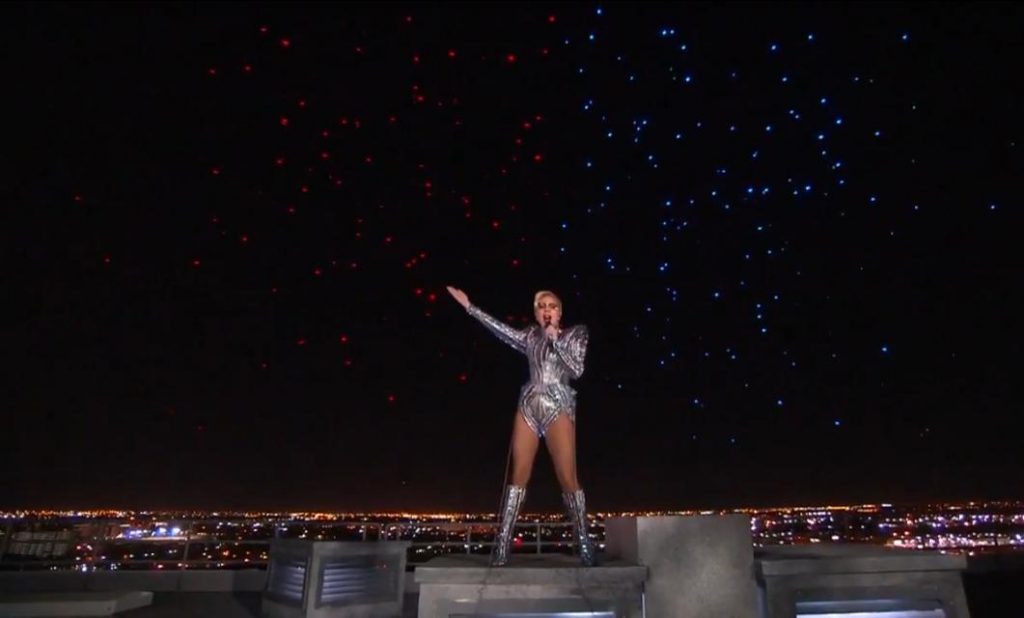 If It Wasn't Live, Why Bother?

There's the obvious answer of Intel wanting to display its technology, not just with the drones but with the Intel Replay 360 system. If the company's name gets associated with creative successes, Intel would then become the drone show group.

However, the drone show could be another step in normalizing the gadgets to a still-hesitant population. Intel consistently reminds people throughout its promotion of these shows that the drones are more than cool gadgets. They said the devices "will one day revolutionize search-and-rescue, agriculture...and more."

The stigma against drones still persists as outspoken groups against drones equivocate military drones with those available for consumer usage. For hesitant Americans, at least, seeing their flag illuminated by hundreds of drones could change their minds.

SEE ALSO: This Gun Takes Down Drones From a Mile Away